More details about the Voigtlander Nokton 60mm f/0.95 lens coming. According to Cosina Japan the new Nokton 60mm f/0,95 MFT lens will start shipping on April 24. The price of the lens in Japan will be 145,000 yen. Even the US price is unknown this gives an idea that it will be priced around $1,299.

Nokton 60mm F0.95 is a medium telephoto lens designed exclusively for Micro Four Thirds. At an angle of view equivalent to 120mm in 35mm format conversion, the aperture F-number is 0.95, achieving amazing brightness. Since it has the longest focal length in the series, it is possible to draw with great bokeh.

Currently there is not information about the possible price and shipping date outside of Japan. Sample images can be found here: cosina.co.jp/gallery/kano-mft60mm/index.html 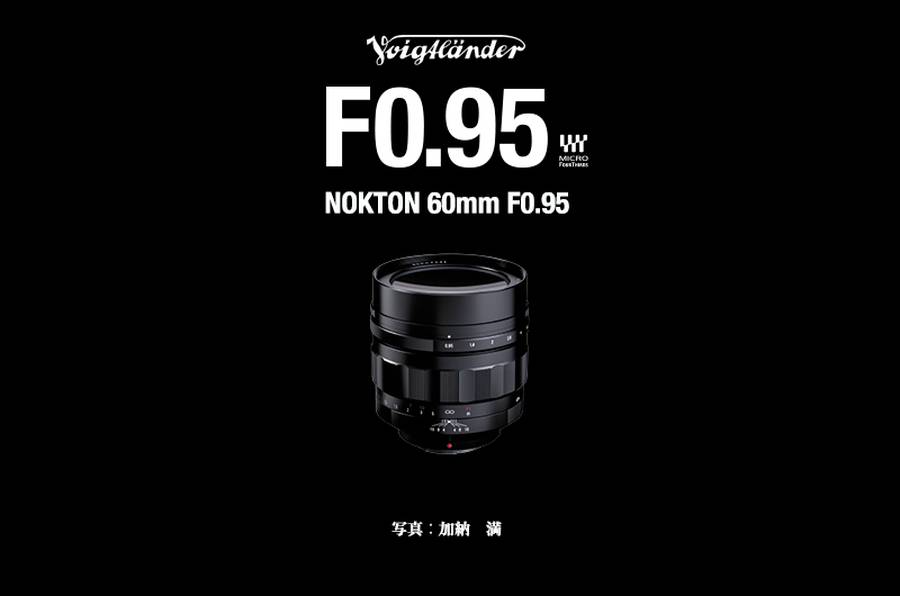 ● Amazing large caliber
The large aperture with an open F-number of 0.95 makes it possible to shoot with just the light as it is, even in extremely low light conditions. It is also the perfect lens for taking advantage of shallow focus and beautiful bokeh when the aperture is open.

● Ultimate lens design
11 groups of 8 lenses, designed using the latest optical theory. Depiction performance is pursued by adopting two pieces of abnormally dispersed glass. Even when the aperture is wide open, sufficient light is ensured up to the periphery of the screen.

● Minimum focusing distance 34cm
Capable of shooting up to a distance of 34 cm from the camera’s image sensor. With a shooting magnification of 1: 4 (35mm equivalent: 1: 2), you can also enjoy shooting with super-large aperture macro lens-like characters.

● Various expressiveness
When the aperture is wide open, the gentle and gentle bokeh emphasizes the focused motif and creates a three-dimensional effect. If you stop down, you will get a very sharp description, and a single lens will enable a variety of photographic expressions.