Sony a9 II sensor review published by DxOMark. They have posted the test results and the flagship full-frame sports camera achieved a score of 93 points.

The score of 93 points puts the Sony A9 II to the 21st place in full-frame and MF sensors. This is one point above original a9. Compared Canon EOS-1D X Mark II and Nikon D5, a9 II is about 5 point above these cameras.

The new Sony a9 II pro-level full frame mirrorless camera is in stock at Amazon and it will soon be in stock at B&H and Adorama. See the Sony a9 II compared to other related cameras: 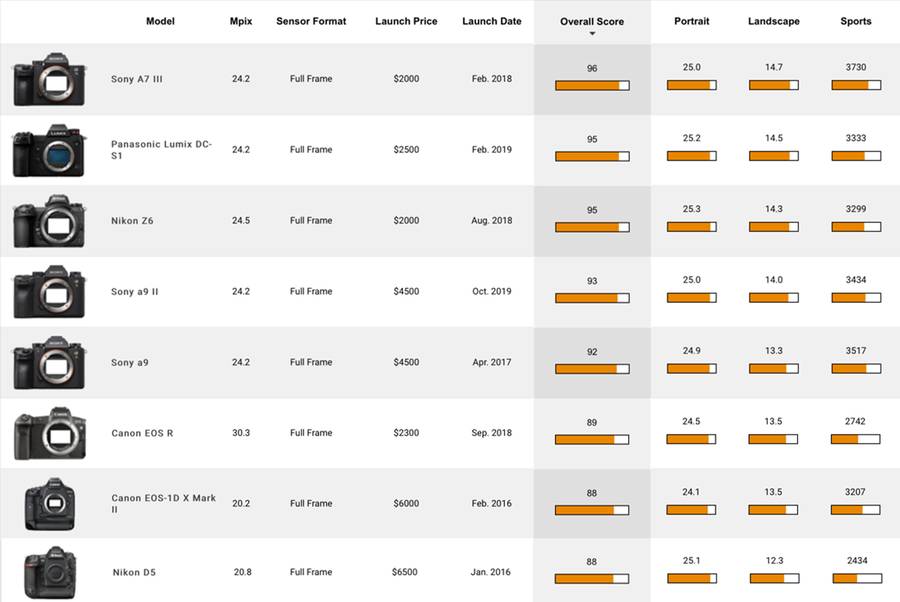 Sony says that the a9 II has the same sensor as the original a9, but as we’ve seen the new model adopts a different approach to processing, using a change in sensitivity behavior both to improve color discrimination and to widen dynamic range at higher ISOs. It’s the first time we’ve seen this and it marks a shift in strategy for Sony. The Sony a9 II is certainly a niche camera, built to compete alongside the Canon EOS-1 DX Mark II and Nikon D5. However, while it’s unlikely that individual photographers or agencies would switch from those rival cameras, bearing in mind their investment in lenses, the Sony a9 II’s high sensor performance and lower price would be tempting for newcomers thinking of entering the competitive field of sports journalism.