Sony A7R IV sensor review published by DxOMark. According to test results, the high-resolution Sony full frame mirrorless camera achieved an overall score of 99. It is some how the same as the A7r III.

A quick look at sub-scores shows that the Sony A7R IV sensor stands out for its dynamic range (Landscape score) and its low-light ISO (Sports) score. See below. 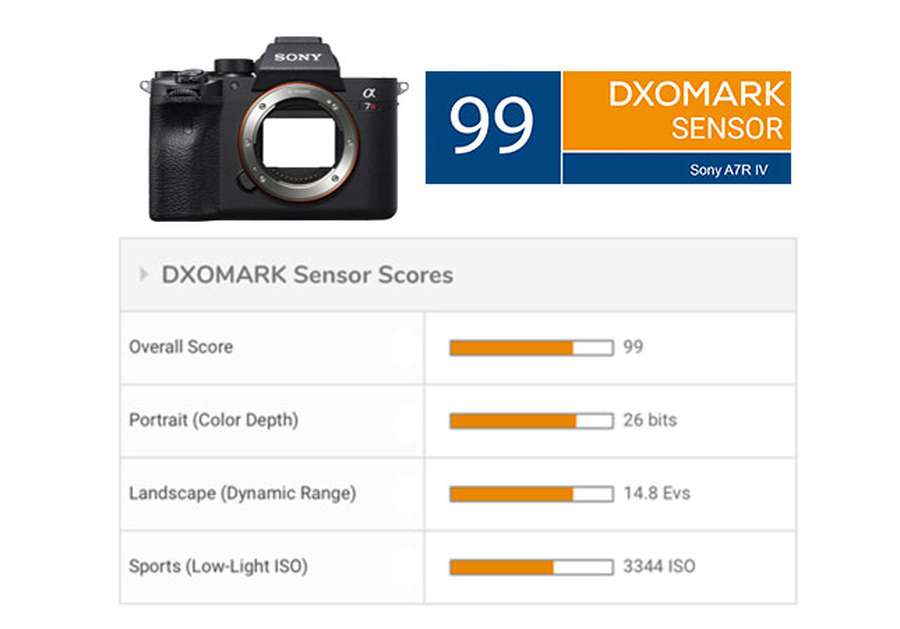 Despite the challenges posed by the increase in pixel count, Sony’s latest addition to the high-resolution A7R series, the A7R IV, continues to deliver excellent dynamic range, particularly at low ISOs, while also delivering very good color discrimination and control over noise. While the technological advances are impressive, it’s not quite enough to put the sensor’s performance ahead of rival, lower-pixel-count devices overall. However, the increase in pixel count to 61.2MP, making it the highest currently available in 35mm full-frame format, is certainly compelling. When you combine that with the upgraded AF and other refinements, such as its higher-res EVF, robust build, and improved ergonomics, the Sony A7R IV is one of the most—perhaps the most—capable and versatile high-res 35mm full-frame cameras available. 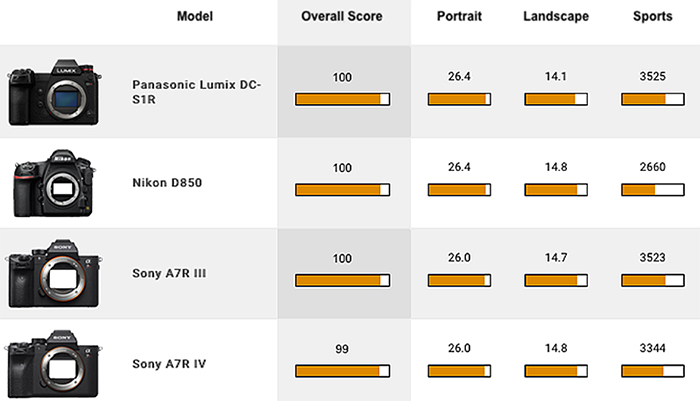