The Laowa 24mm f/14 2x Macro Probe is the world’s first consumer-grade probe lens that has been developed to provide photographers and videographers with a new perspective. The Laowa 24mm Probe lens can create a Bug-Eye perspective that cannot be done by a conventional macro lens.

The Laowa 24mm f/14 2x Macro Probe lens is expected to retail at USD $1499. It is currently available to pre-order via Kickstarter at a discounted price. The earliest expected delivery date is September.

Bug-Eye Perspective
The new Laowa 24mm Probe lens can create a Bug-Eye perspective that cannot be done by conventional macro lens. Not only can it focus really close (2cm @ 2:1) and show a great amount of detail and texture, but also achieve a compelling wide angle ‘Bug Eye’ view (84.1°). More background details can then be included into the shots to create a very informative and stunning macro bug-eye perspective. For telephoto macro lenses, the subject will fill most of the frame and appear isolated from the surrounding environment instead. 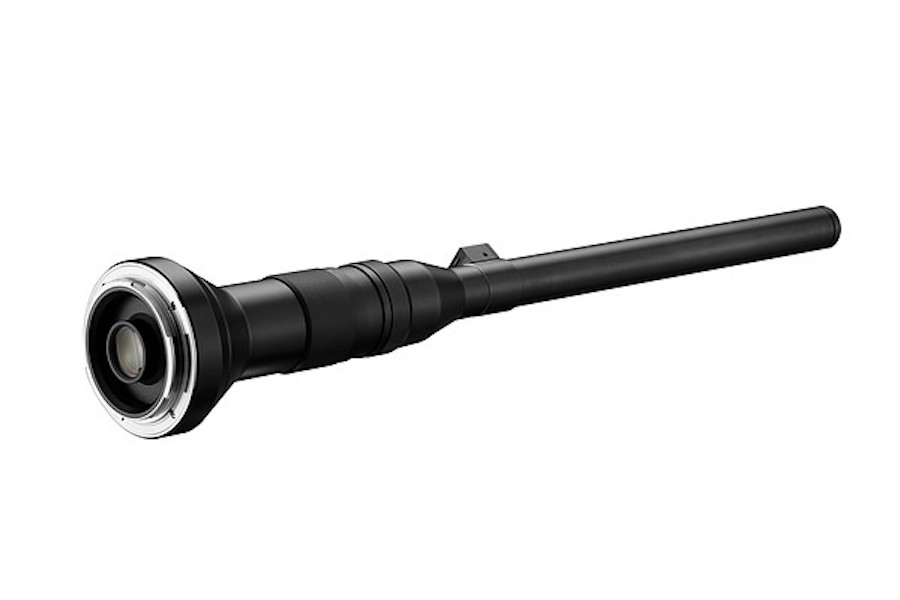 Deep Depth-of-Field
The wide angle design also means much more depth of field at close distance (compared to the telephoto macro lens) so that more background details will now be visible. Being able to focus so close but still having a deep depth of field is a BIG advantage for both studio and wildlife shooting. The less blurry background allows the habitat of the subject to be visible in your photo.

Waterproof front lens barrel
The front barrel of the lens is waterproof and it can be used to shoot in any environment. This makes shooting in liquid no longer a limitation. The waterproof design also implies that shooting in super dusty environment or with fine powders are not going to be a problem. 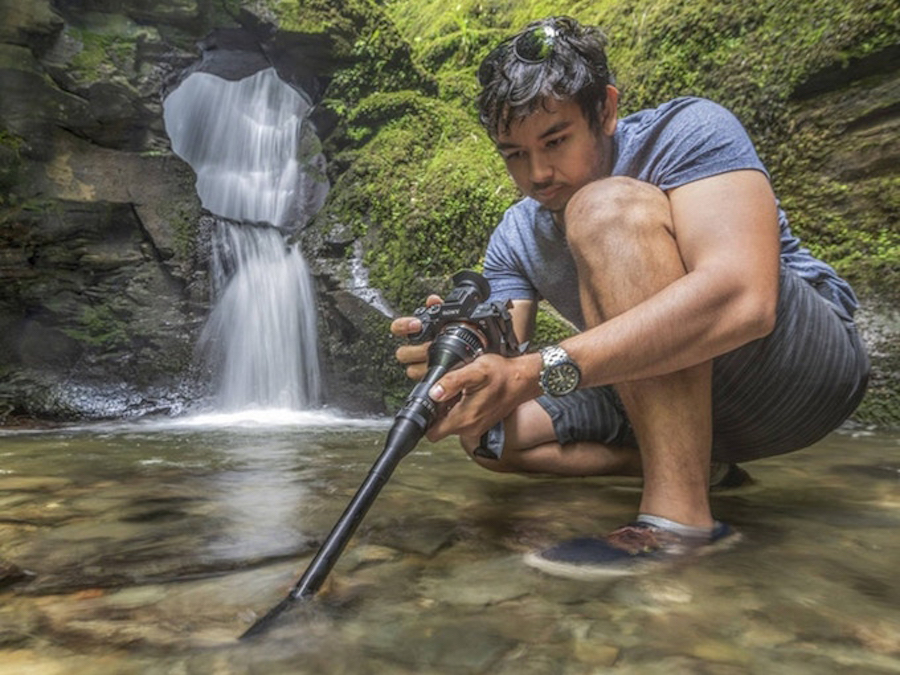 40cm long & Tubular Lens Barrel
Thanks to the 40cm (15.7″) long barrel, photographers can focus really close to the subject but still keep themselves and cameras distance away. This unlocks the possibility of shooting in areas which were not accessible in the past. E.g. Shooting a frog hiding in the bushes using our Probe lens, compared to getting a telephoto macro lens super close to avoid leaves blocking your subject. The long lens barrel also allows photographers to keep a safe distance away when shooting lethal animals. The big camera body and lens will no longer ‘alert’ the subject too.

Tiny 2cm lens tip
The tiny 0.2cm-in-diameter lens tip unlocks the possibility to get very low to the ground level to capture a ‘delicious’ perspective and maximize the visual impact. The viewers will be like walking on your shooting subject (e.g. Pizza) now. Moreover, you can insert the lens into tiny caves, bottle or burrows to shoot. The smaller lens tip also enables proper lighting hitting onto the subject whereas typical macro lenses with larger lens barrels will block most of the light.

LED Ring Light at the tip
A LED ring light (powered through the micro-USB slot on the barrel) is mounted at the tip of the lens to provide additional lighting for focus assistance and video shooting.

Lightweight
The new Laowa weighs only 1.04 pounds (474 grams) and it’s super light and easy to carry.

The lens has one of the most complicated optics design and houses with 27 elements in 19 groups to deliver the exceptional image quality. Canon EF, Nikon F and Sony FE mounts are currently available for standard version. A cine version with click-less aperture and focus gears in Arri PL mount is also available to order.