Optically, the lens looks the same as you still get 6 lens elements in 5 groups which produce a 46° angle of view, and a 7-blade aperture that runs from F1.8 to F22. The new Yongnuo YN 50mm f/1.8 II lens has an improved mechanical structure and uses a new coating technology, which has increased focus accuracy and helps control ghosting and glare. A chrome-plated metal mount has been introduced and the lens can be switched between manual and autofocus modes.

The lens is already live on eBay, where it’s going for $74 (compared to Canon’s 50mm F1.8 STM, which costs $125). Expect the Yongnuo lens to join the rest of the YN lineup on Amazon shortly. 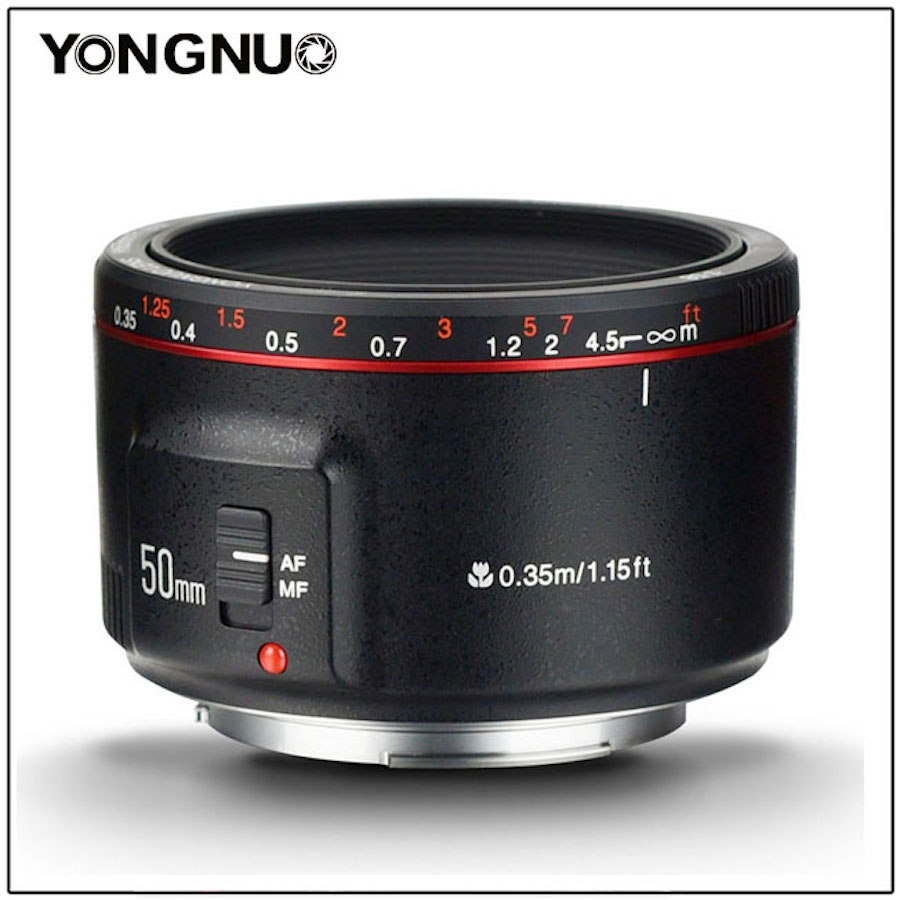 Firmware of the lens can be upgraded through camera instead of using USB port, which not only meets the requirements of firmware upgrade and appearance design, but also avoids the incompatibility problems caused by different computer operating systems.（Note: this function needs to be supported by camera）

YN50mm F1.8 II has all the product advantages of the last generation. By improving the mechanical structure and coating technology, its focus accuracy, auto-focus speed and light transmittance are increased. Furthermore, it can control backlight ghost and glare.

Compared with the first generation, the closet focusing distance of YN50mm F1.8 II is shortened to 0.35m.You can get closer to the object for photography and enlarge the object.

YN50mm F1.8 II supports auto focus and manual focus. The focus mode can be selected according to practical requirement.

Focus Distance Indicator is convenient for you to estimate the distance and the depth of field.