The Canon EOS Rebel T7, also called the EOS 2000D and KISS X90 in certain locales, is another iteration in Canon’s long and mature line of ultra-popular entry-level DSLR cameras.

As expected, each Rebel successor is better than the previous model it (eventually) replaces and the upgrade list for the Rebel T7 uses the same 24 MP imaging sensor found in most of Canon’s APS-C format DSLR and MILC lineup such as the EOS 80D and EOS M50.

Below you can see the specs comparison table of Canon Rebel T7 vs Canon T6 vs Canon T100 digital cameras. Some differences like sensor, image size, shooting speed, lcd size etc.. detailed as bold on the table. 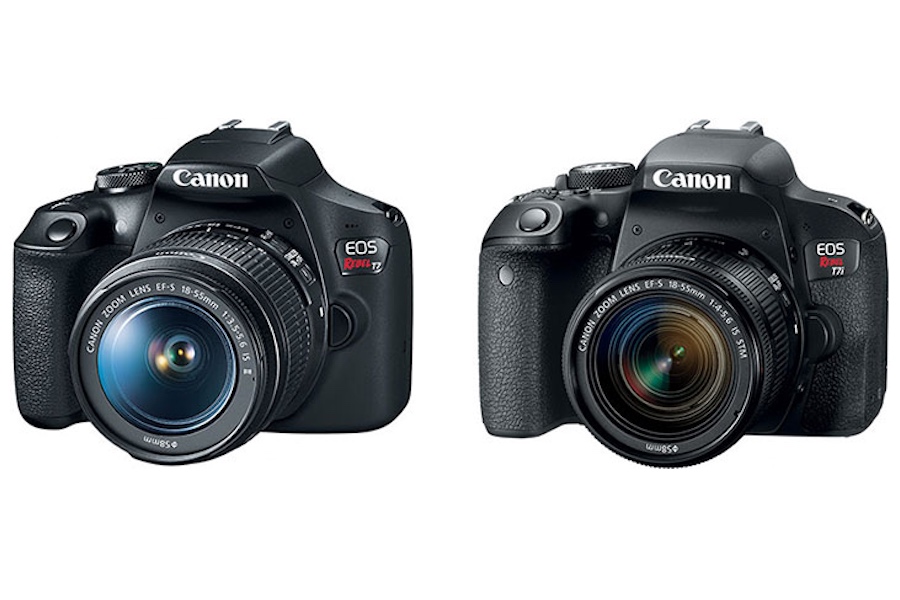