Dynamic range in photography describes the ratio between the maximum and minimum measurable light intensities (white and black, respectively). We can also interpret dynamic range as the measurement between the whitest whites and the blackest blacks in an image, or the lowest and highest values of density and luminance.

According to the Sony A7R III dynamic range results, the camera compares pretty well with Nikon D850 vs Canon 5D Mark IV especially at base ISO. As expected it’s unlikely will surpass the GFX 50s.

Note that the x-axis is ISO Setting and the y-axis shows the dynamic range in photography. value. 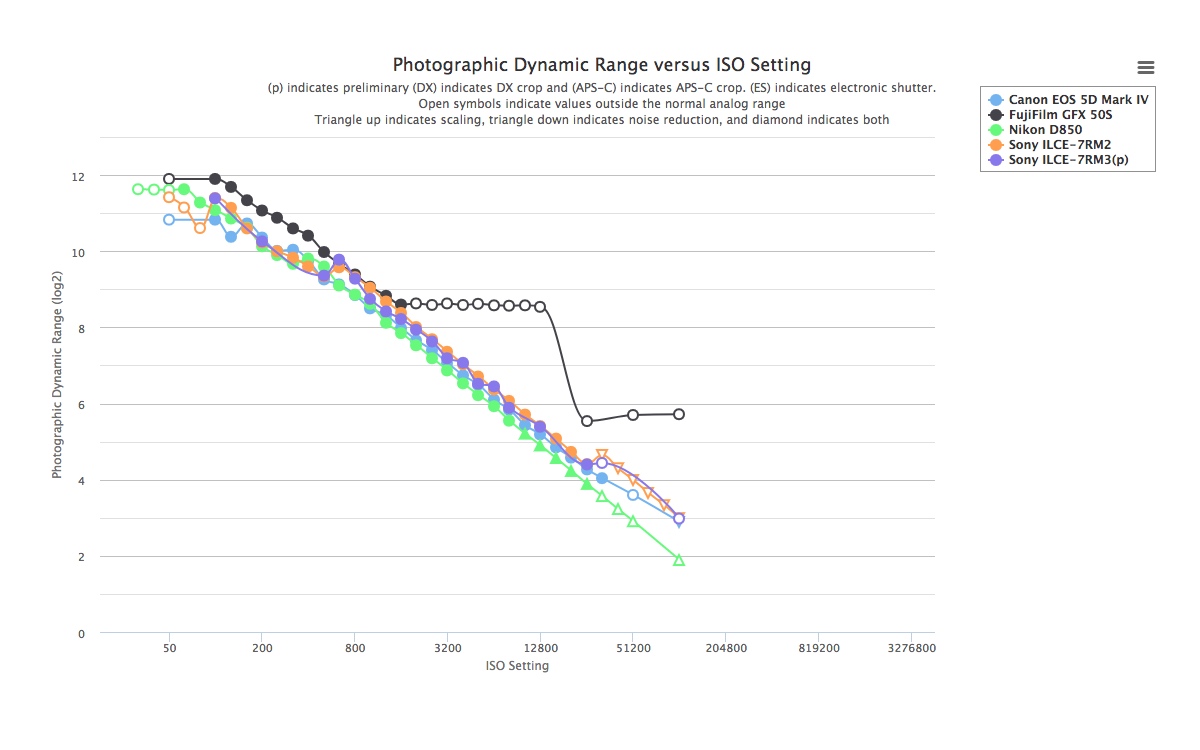 The a7R III is Sony’s latest high resolution camera, which carries over many of the improvements found on the company’s flagship a9. The shooter has the same 42MP sensor but better performance. The hardware transferred from the Sony A9 allows for faster burst shooting, improved autofocus and higher quality 4K video.

You can check out the full details of the Sony A7R III dynamic range results from here.

Everything you need to know about the Sony A7R III, including impressions and comparison, videos. The full frame mirrorless camera will start shipping from November at a recommended selling price of $3199.