Like other Voigtlander E-mount lenses, this lens transmits EXIF lens data to the camera allowing Auto IBIS image stabilization with Sony a9, a7-Series cameras and Sony a6500. The focal length is equivalent to 60mm in the APS-C sized camera.

The Nokton 40mm f/1.2 FE lens costs around $1,200. You can find sample images of the fast aperture lens at the Cosina website. 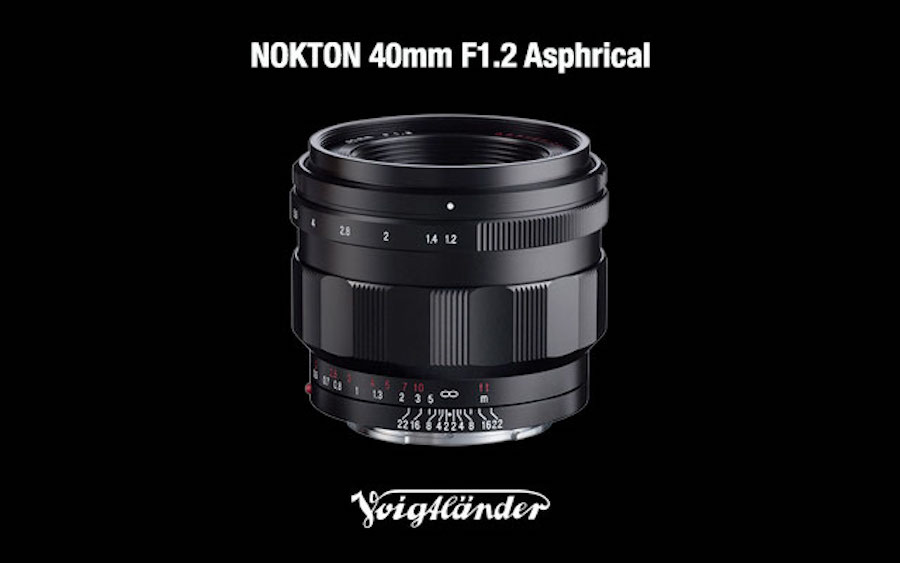 A compact size yet full size 40 mm lens realizes the world’s first * large aperture. Two double-sided aspherical lenses are adopted as an optical system optimized for the image sensor of mirrorless camera made by Sony. It has a performance that you can use with confidence from opening the aperture, you can enjoy a smooth and large blur taste.

Main features:
With Sony E mount compatible electronic contact, lens usage status is reflected in Exif information of shooting data. In addition, because it incorporates a distance encoder, it supports 5-axis camera shake compensation on the camera body side. It is also possible to enlarge the viewfinder by operating the focus ring.

Optimized optical design
In addition to securing full-size image circle, it adopts optical design optimized for Sony E mount sensor. High resolution is maintained up to the periphery of the screen, and phenomena such as color hue are suppressed.

Versatile view angle
Since the angle of view of 40 mm is equivalent to 60mm in the APS-C size camera, it can be handled as a standard lens even in full size or APS – C size.

Aperture click changeover mechanism An iris changeover mechanism capable of opening and closing the iris ring steplessly without generating click sound is installed. There is no worry of picking up the operation sound of the aperture ring at the time of movie recording.