Phottix has announced the Ares II remote flash triggering system that brings with it additional channels and improved security.

The Ares ll transmitter offers a total of 16 radio channels, twice the number of the previous model. The trigger can now deal with 4 groups of flashes. The units also include digital ID so that users can be sure other photographers in the area won’t interfere with their signal.

Ares II is compatible with most major camera systems Canon, Nikon, Sony (MIS), Pentax and others. The new Phottix Ares ll transmitter costs $54.95 and available for sale on Amazon and Adorama stores. For more information visit the Phottix website. 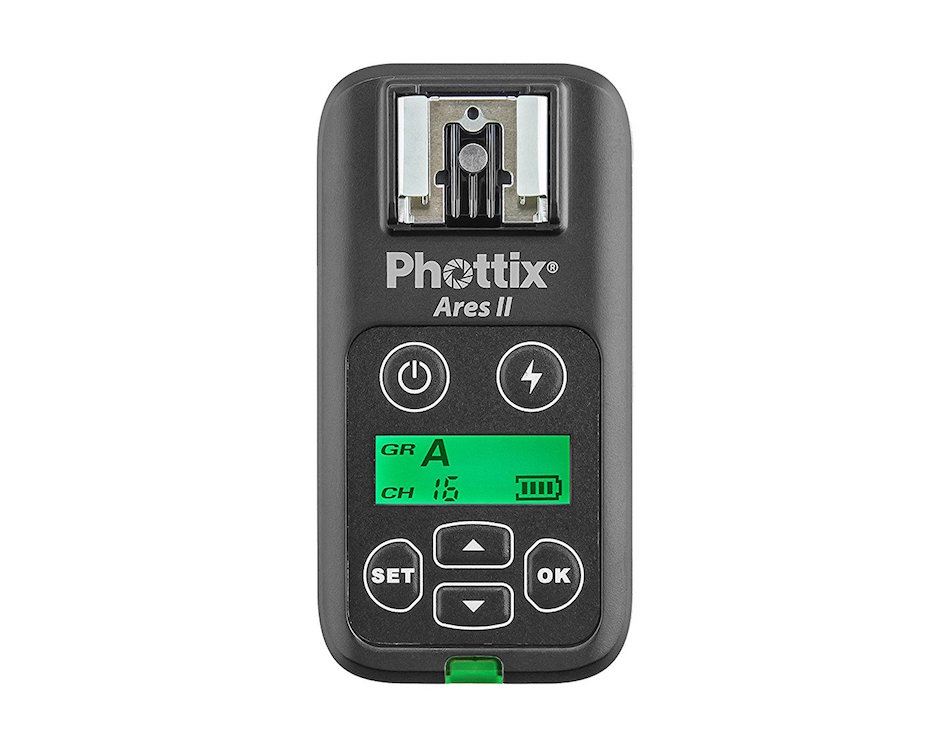 The Ares Wireless Trigger took the world by storm when it was released in 2012 the Ares was a simple and affordable way to use off-camera flash. The Ares transmitter and receiver units were popular and lauded by some of the biggest names in the industry for its design and reliability.

More Channels and Digital ID:
Pick from 16 channels. The first four channels offer compatible with the Phottix Strato II Receiver – and can be used to trigger Phottix products such as the Mitros+ and Indra series of studio lights with built-in Strato II receivers. Use the Digital ID function for the ultimate in secure triggering – no one can trigger your flashes unless using your four-digit Digital ID code.