The prime lens boasts a “very fast” AF and Olympus’ advanced Z Coating Nano, which effectively reduces flaring and ghosts for even sharper, clearer images. The robust, metal-build lens features a maximum magnification of 0.11x (35mm equivalent: 0.22x) and weighs in at 410g.

The Olympus 25mm f/1.2 boasts improved scores for sharpness and distortion compared to the Panasonic alternative. According to test results, the cons for the lens is expensive, noticeable chromatic aberration at wider apertures and lower resolution at f/1.2. 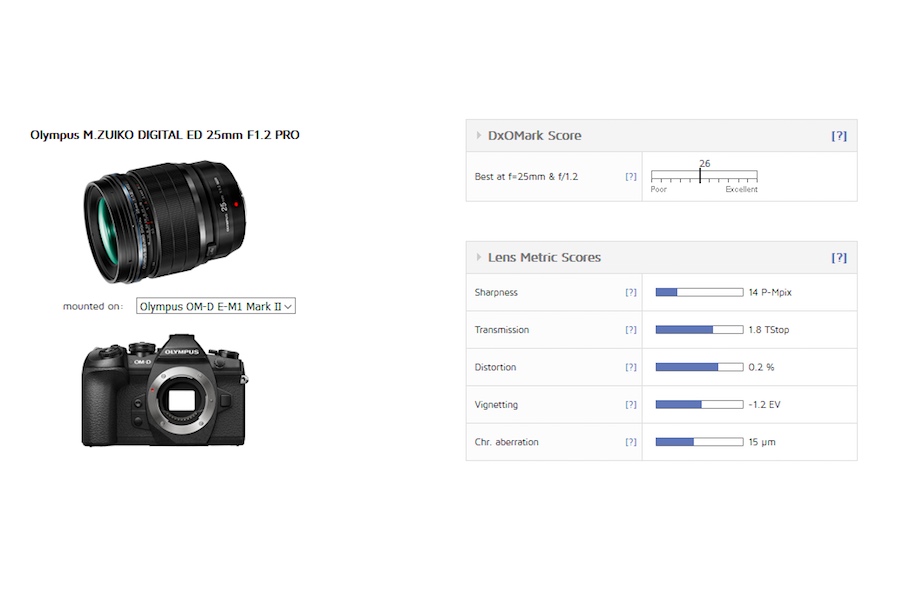 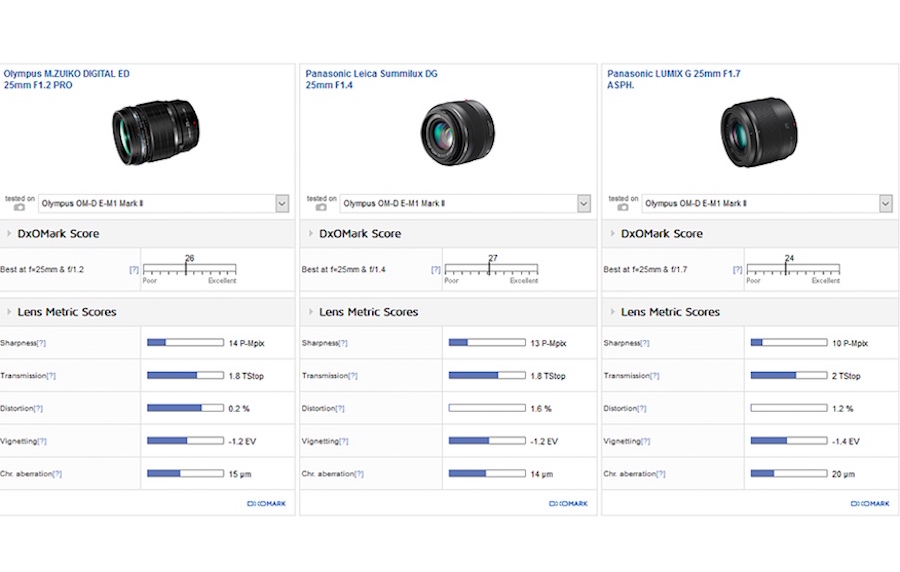 At $1199, the Olympus 25mm f/1.2 is not cheap, but you get a lot of lens for your money, with weather-sealed barrel construction, advanced optical construction, and a super-wide f/1.2 maximum aperture. Its excellent light transmission ranks it as one of the highest-scoring MFT-mount lenses we’ve tested on the E-M1 II, only fractionally behind the Panasonic 25mm f/1.4. It achieves a slightly higher overall sharpness score compared to the Panasonic alternative, however, and significantly less geometric distortion, which could be important if you want straight lines not requiring correction in post-production. Performance at the maximum f/1.2 aperture is good, but closing down to f/2 notably improves center resolution and reduces vignetting. For peak performance, consider shooting at f/4 or f/5.6 on the Olympus 25mm f/1.2.