The Stylus Tough TG-Tracker boasts an array of sensors to track a lot of things, including altitude and temperature. The sensors are joined by useful abilities, such as 4K video recording and WiFi connectivity.

The action-cam is waterproof down to 30 meters / 100 feet, dustprooft, shockproof to drops from 2.1 meters / 7 feet, weatherproof down to temperatures of -10 degrees Celsius / 14 degrees Fahrenheit, and crushproof to loads of 100kgf / 220 pounds of force.

The new Olympus TG-Tracker feature a a 1/2.3-inch-type BSI-CMOS image sensor with 8 megapixels. It has a TruePic VII image processor in order to handle 4K videos while it can shoot 4K videos at up to 30fps and full HD videos at up to 60fps. It has a detachable grip, 14mm (eq.) f/2 ultra-wide-angle lens, 5-axis image stabilisation and a 1.5″ flip-out LCD monitor. You can easily frame and shoot blur-free, by hand, in harsh conditions. 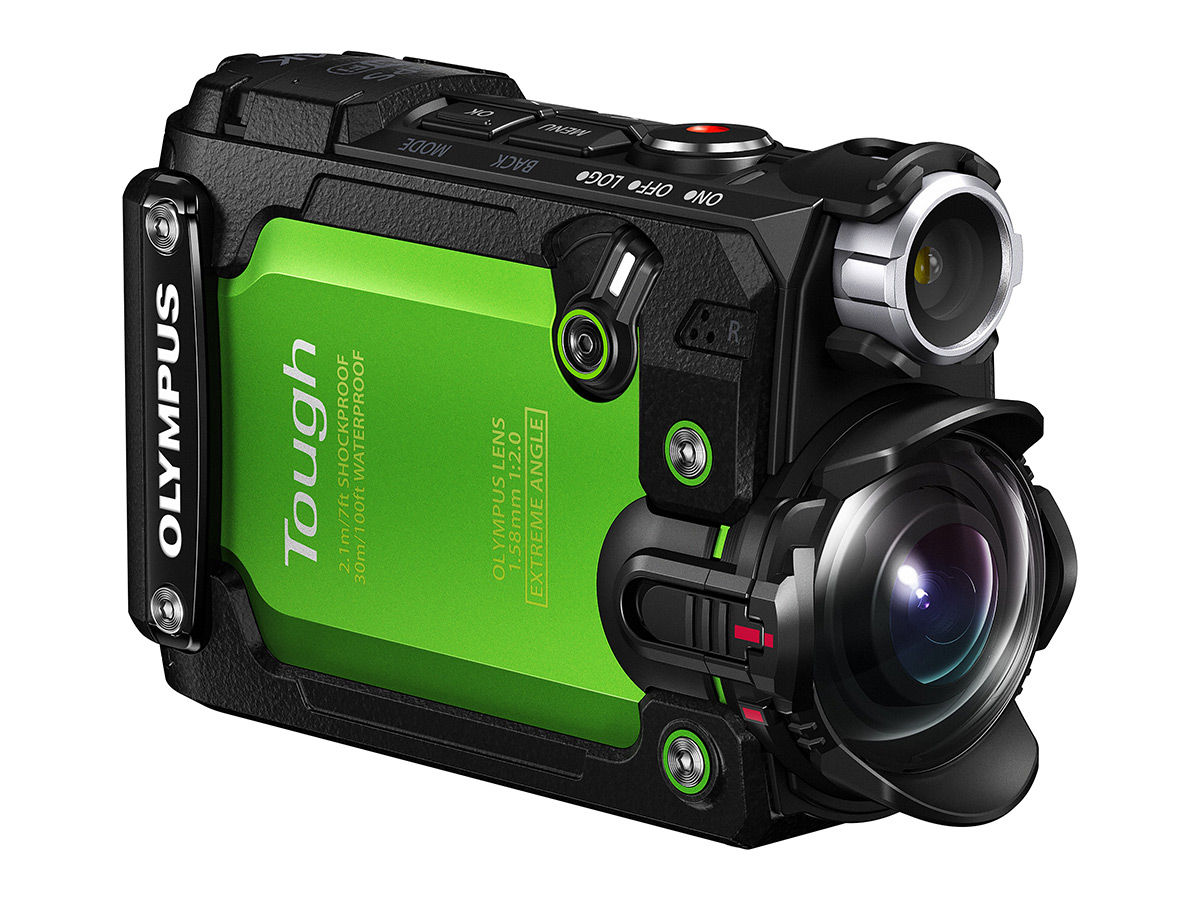 The camera automatically adjusts white balance and other settings in underwater. There is also an up to 60-lumen spotlight for shooting when it would otherwise be too dark.

The tracking features for which the camera is named for include built-in GPS, barometric pressure sensor, temperature sensor, compass and an accelerometer. This gives extreme sports enthusiasts a much fuller picture of where they were, what was happening and how they were performing at the moment any given image was captured. 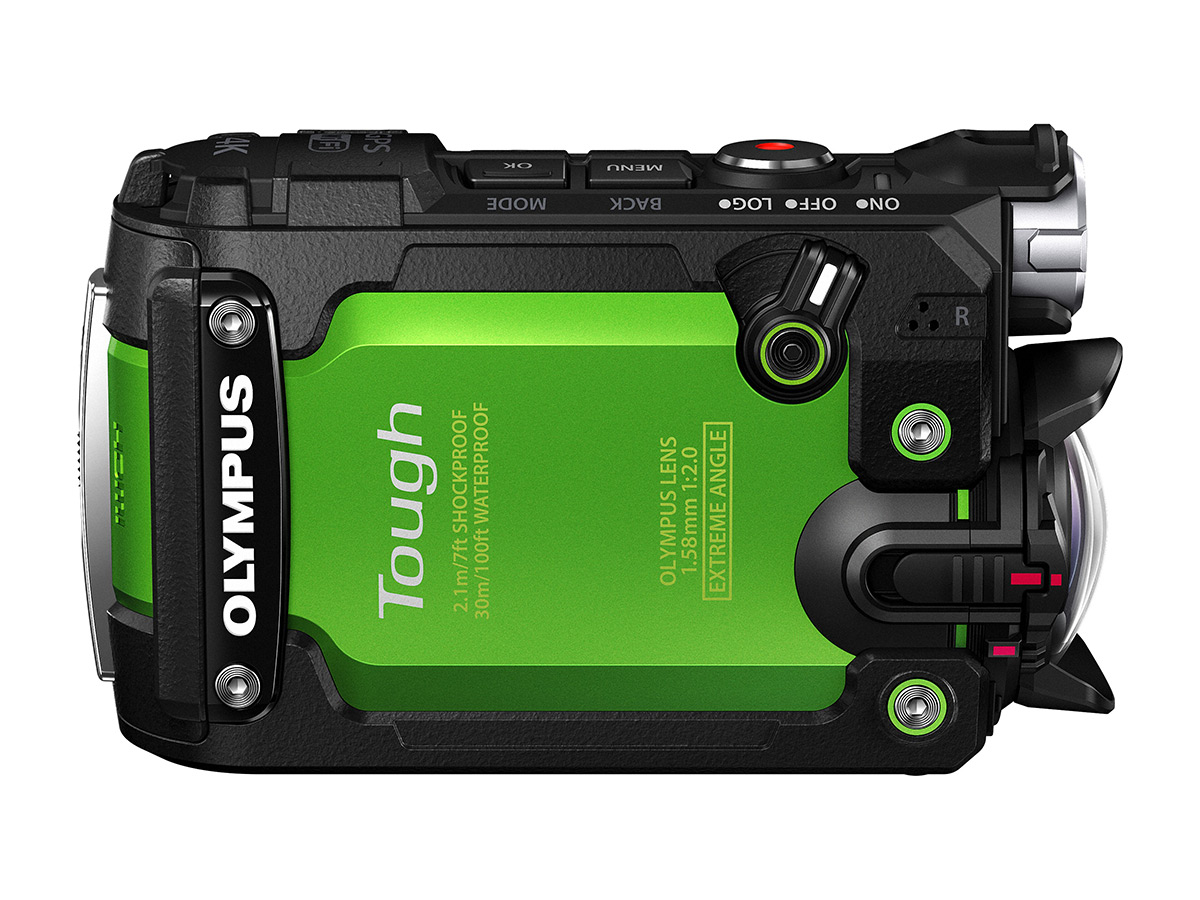 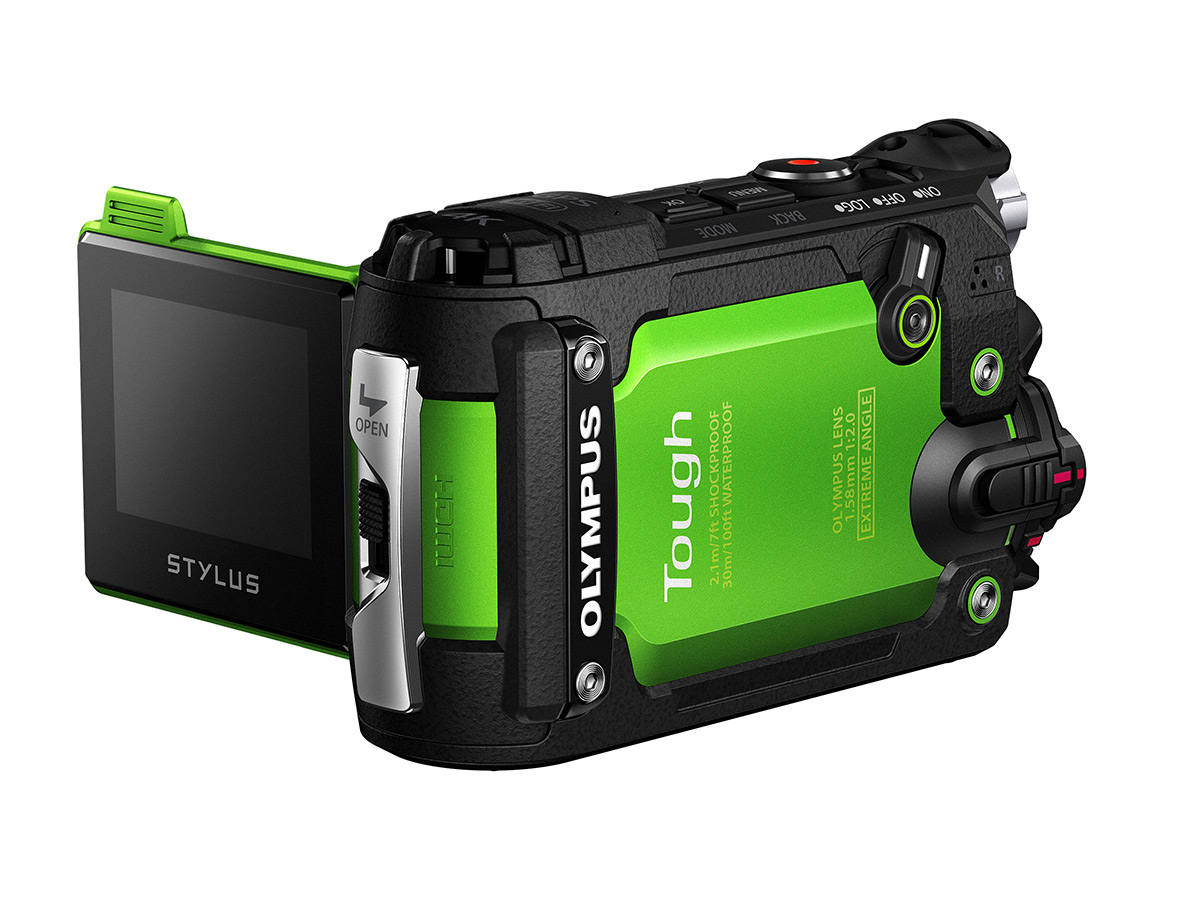 Product specifications are subject to change without notice. Please check the Olympus website for latest information. 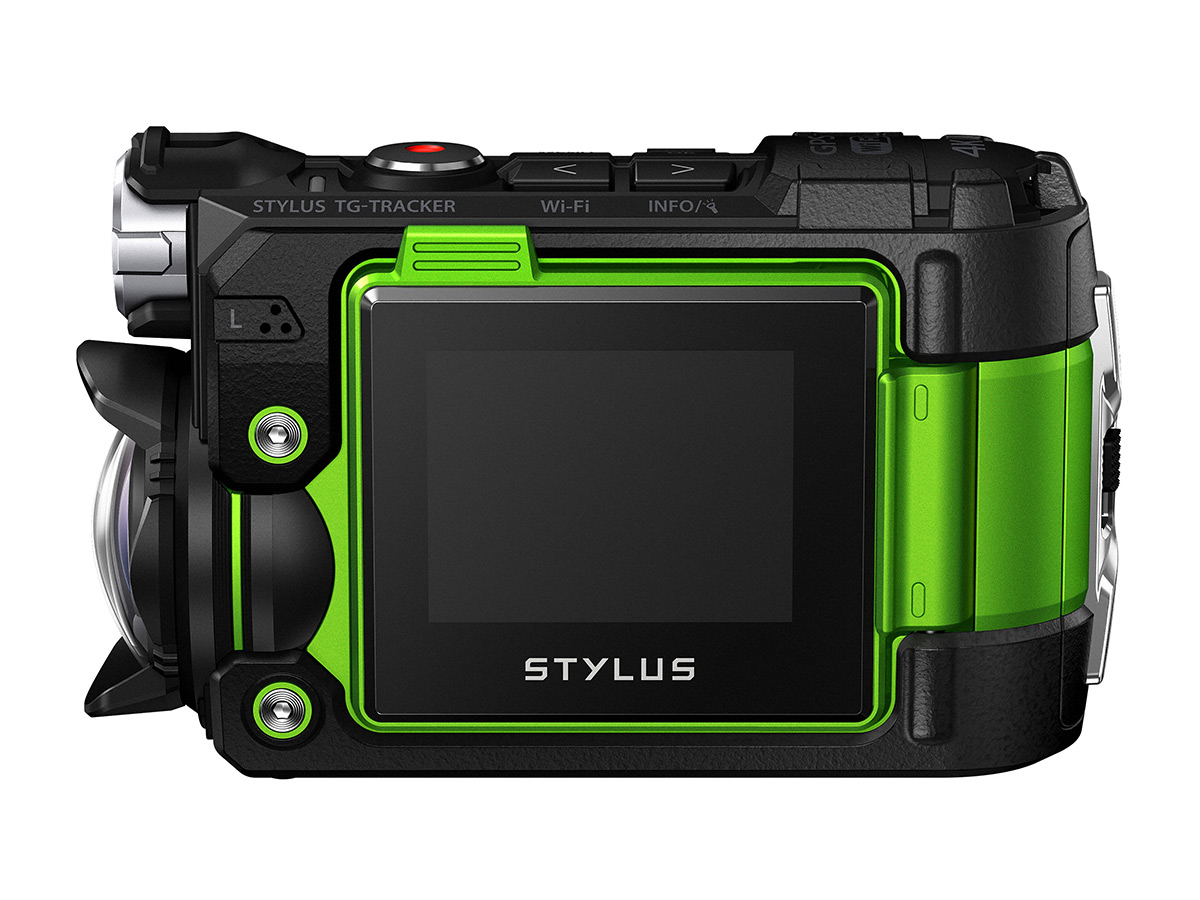 The Olympus Stylus Tough TG-Tracker is due to hit the stores in June for $349.99 in green and black body options. Check the camera stores above.