The LG 360 Cam is a compact 360° camera module equipped with two 13-megapixel 200-degree wide angle cameras, 1,200mAh battery and 4GB internal memory, which can be supplemented by a microSD card.

The device can be easily connected to the LG G5 allowing users to create 360° content. The LG 360 Cam provides 2K video and 5.1 surround channel recording on three microphones.

Thanks to the partnership with Google, images taken with the 360 Cam can be uploaded to Google Street View and YouTube360, adding the option of sharing creative contents with others. “This announcement of the LG 360 CAM means a lot to over 500 million Street View users and all who love to create and share 360-degree content,” said Charles Armstrong, Product Manager of Google Street View.

The images will also be available to view on the LG 360 VR or other smartphones or devices that are capable of 360-degree content. 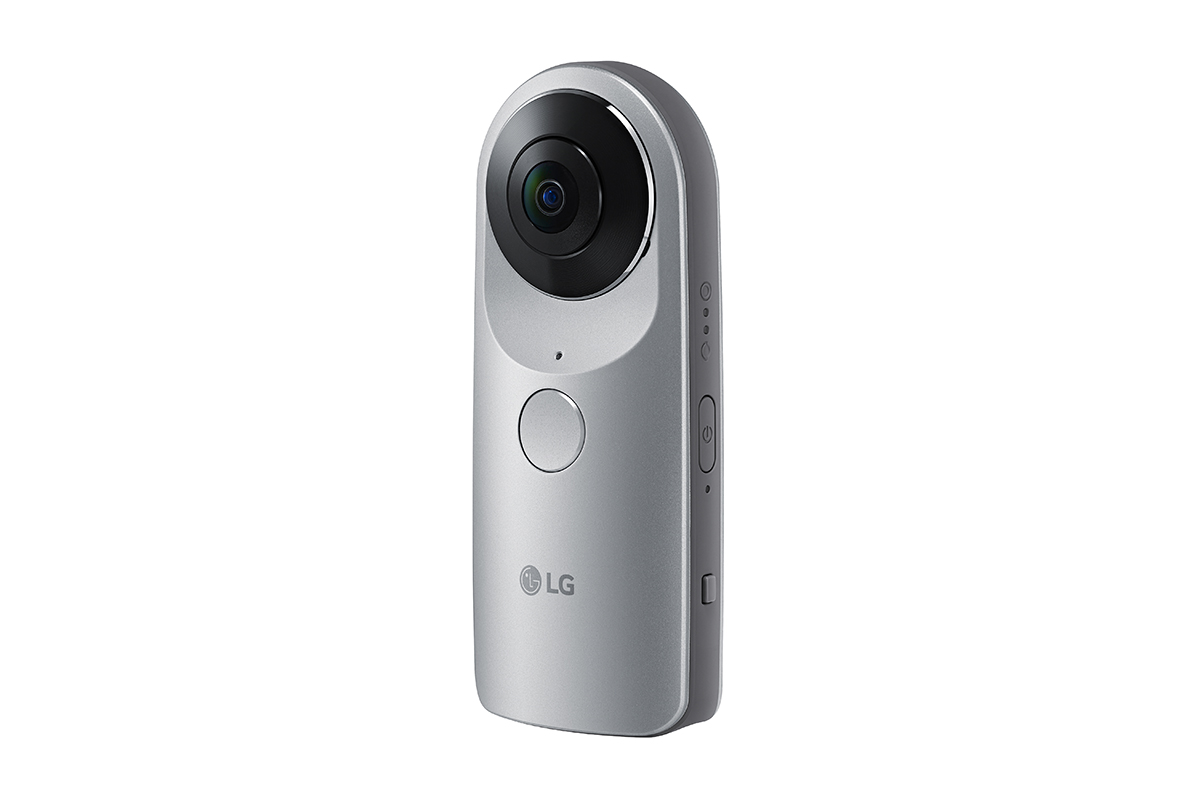 LONDON, 3rd March, 2016 — With the announcement of the LG 360 CAM at Mobile World Congress last week, LG Electronics (LG) expects to see an increase in interest in creating and sharing 360-degree visual content using mobile devices. With the introduction of affordable, consumer-friendly devices such as the upcoming LG 360 CAM and the G5 smartphone, creating and sharing 360-degree content will be as easy as pressing a button.

While many phones and point-and-shoot cameras have a panorama mode, 360-degree spherical images and videos take visuals even further by including everything in the scene, including the ground and the sky. With its compact, portable size and high-resolution images, the LG 360 CAM is one of the first imaging devices to take advantage of the growing trend of 360-degree content creation. In fact, this is the first camera from a smartphone manufacturer to be optimised for Google Street View with its support for the Google-backed Open Spherical Camera (OSC) API.

With the free Google Street View app installed on their iOS or Android smartphones, LG 360 CAM owners will be able to easily capture, upload and share their 360-degree content directly from their phones without having to convert or process their files into the appropriate format, a time-consuming process. LG 360 CAM features three embedded microphones and supports 5.1 channel surround sound recording. It is equipped with an internal battery with a capacity of 1,200mAh allowing for up to 70 minutes of video recording. With its microSD card slot, the camera can be extended to a maximum of 2TB.

“Until recently, creating 360-degree images and videos required expensive and heavy equipment out of the reach of everyday consumers,” said Kim Hong-joo Kim, Vice President and Head of product planning at LG Mobile Communications Company. “LG 360 CAM will enable users to create their own content easily and share them freely in a way that nurtures a new mobile ecosystem within the LG Playground.”