The Rokinon XEEN lenses are designed for filming video and feature X-Coating Technology as well as bright apertures all in aluminum metal housing.

The Xeen 14mm T3.1 and 35mm T1.5 lenses will be globally available in early March. The recommended retail price of each lens is £1599.00. The XEEN official also said that two more XEEN lenses will be announced in the second half of the year. 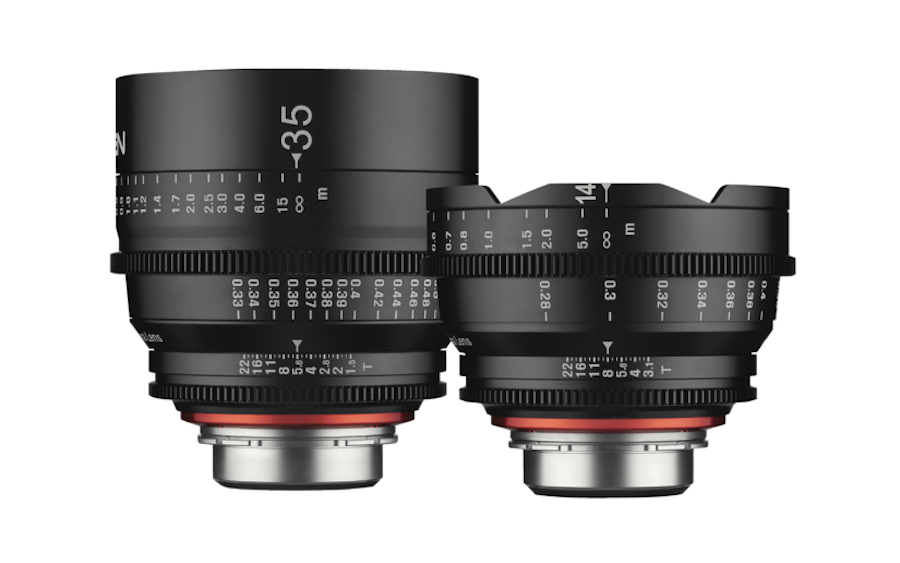 XEEN is a specialized brand in professional video-cine lens launched by Samyang Optics in 2015. The XEEN lenses are designed with Samyang Optics’ know-how and have outstanding optical performance for 4K+ with the X-Coating Technology, ensuring maximum image quality to create a cinematic look.

The 24mm x 36mm negative size allows XEEN to not only work with full frame cameras, but also with Super 35, APS-C and APS-H cameras. The lenses are available in five different mounts – PL, EF, F, E, and MFT and two different focus scales – metric and imperial units. Also, the aluminum metal housing is known for its reliability in various shooting conditions.

Most of the XEEN lenses come in a bright T1.5 aperture. The lenses deliver high quality footage with clear contrast and impressive colours, even under less-than-optimal lighting conditions. The large aperture also creates a pleasing bokeh effect for a cinematic look.

“Thanks to the rise of multi-channel networks, the demands for video creation is internationally surging and the expectation of video quality is also increasing,” stated a XEEN official. He continued, “to satisfy the international needs, we have completed the first five lenses which deliver a high-quality cinematic image.” As an answer to the future product plan, he carefully disclosed that two more XEEN lenses will be announced in the second half of the year.

Created to deliver infinite possibilities, XEEN 14mm and 35mm lenses will be globally available in early March. The recommended retail price of each lens is £1599.00 inc VAT.