For Pentax K-mount cameras, the company is planning to release four new K-Mount D FA lenses in 2016 and four more lenses such as a large aperture standard single-focus, medium telephoto prime, ultra-wide-angle prime and a fish-eye zoom model for the year 2017. 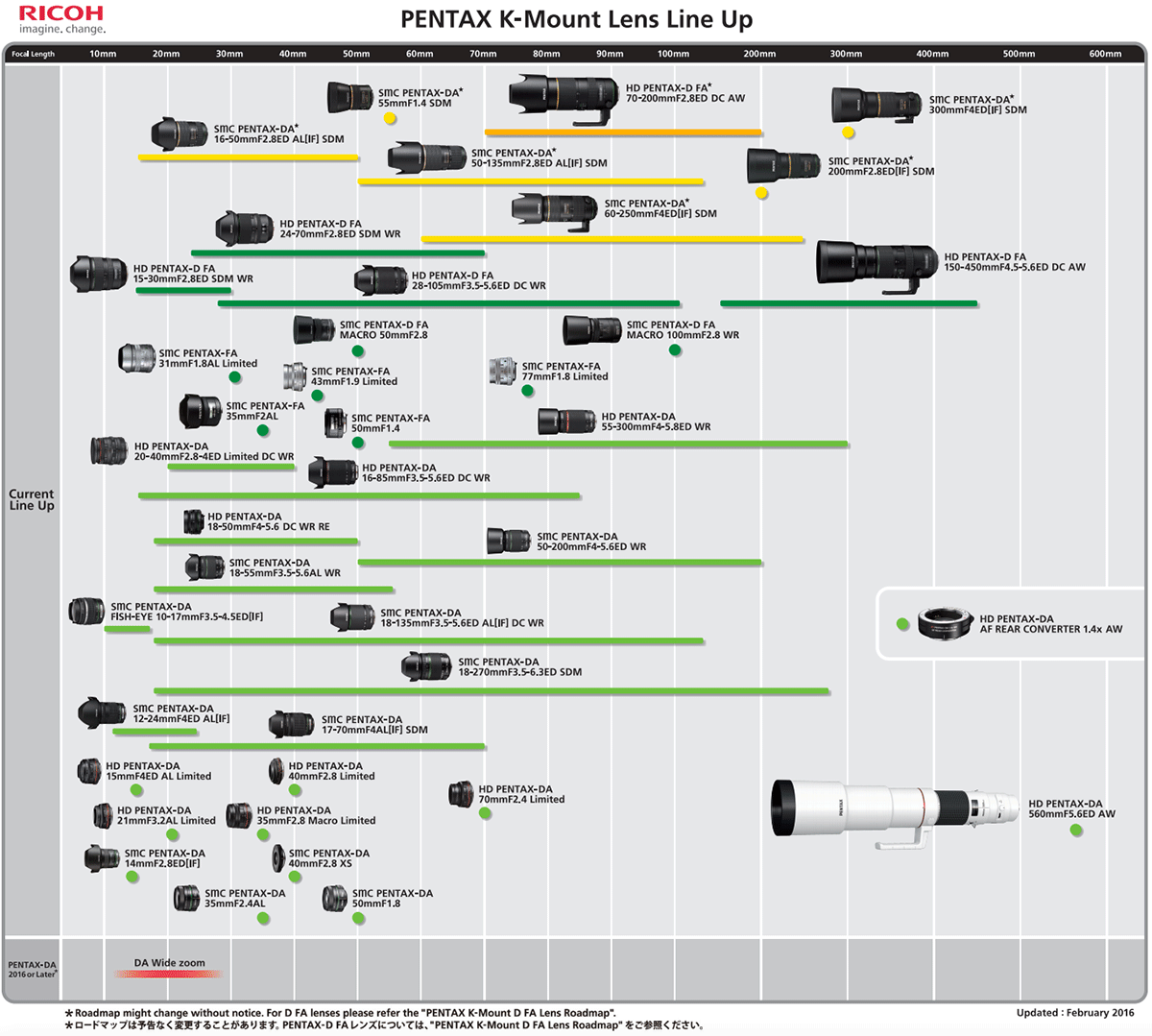 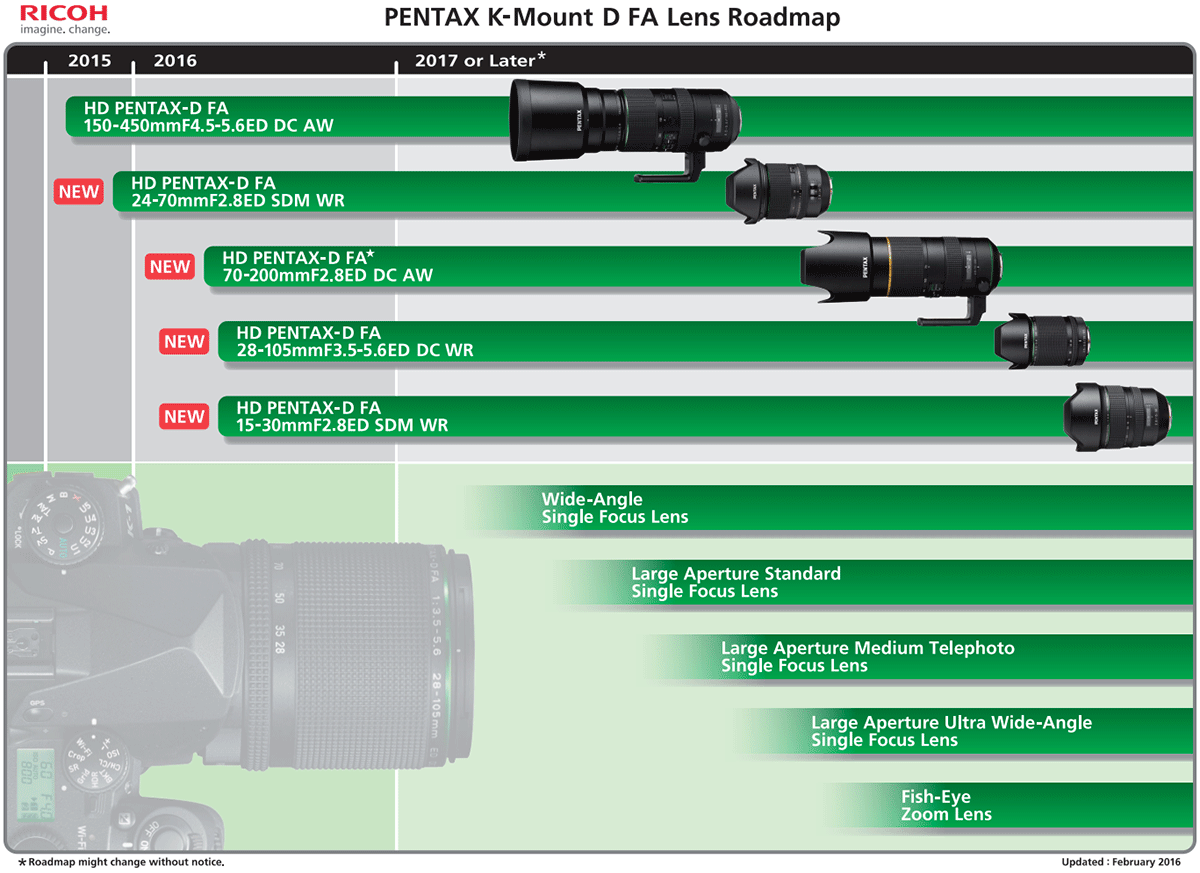 The first 35mm format Pentax K-1 DSLR camera offers a 3.2″ 1.04M-dot LCD uses a new flexible tilting design which allows for horizontal, vertical and diagonal movement while keeping the screen in alignment with the lens axis. See the official announcement.