Sony HDR-AS50 features a 11.1 megapixel back-illuminated CMOS sensor paired with a Zeiss Tessar lens, and has advanced SteadyShot image stabilisation which is especially effective against the kind of low-amplitude vibration that can occur when used with radio-controlled helicopters or drones.

The new action camera has implemented some changes based on customer feedback from athletes and other previous users and now comes with several new and improved user features. Adjustable and enhanced beep sounds as well as three tally lights on the top, front and back have been added to allow greater notice of camera conditions even when wearing a helmet and when mounted on handlebars or monopods.

Divers and swimmers can now benefit from a supplied underwater housing, which allows footage to be captured down to 60m under water. Sony’s own in-built movie creator, Highlight Movie Maker now incorporates face detection and automatically assembles a highlight package which can be viewed and shared immediately.

Sony’s new HDR-AS50 Action Cam will be available in February 2016 with a price tag for $200 and is packaged with the Underwater Housing MPK-UWH1.  The HDR-AS50R adds the new Live-View Remote and will cost about $350. 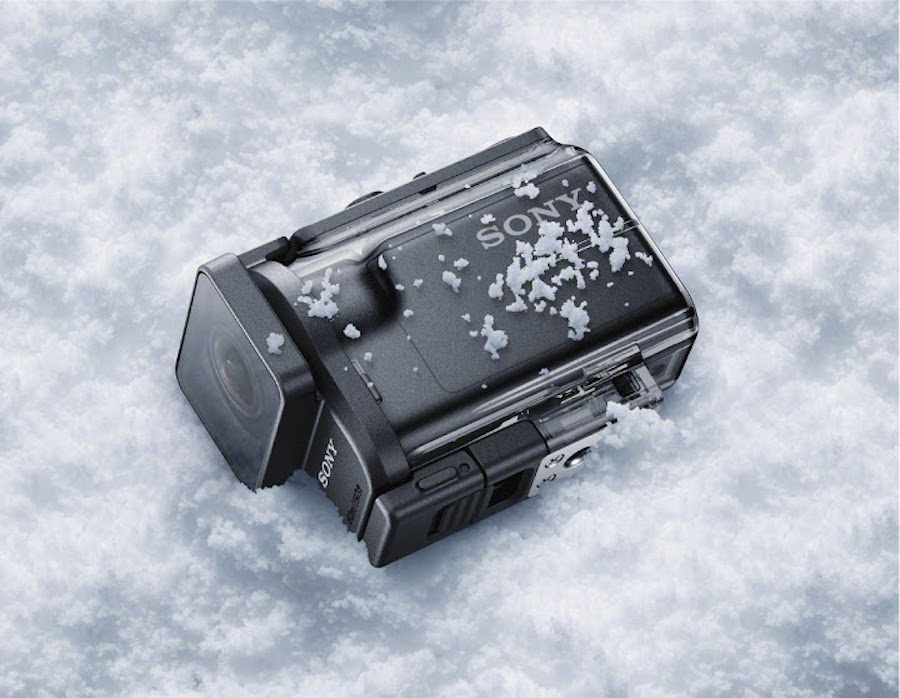 The new camera brings the benefits of Sony’s latest and most innovative video technologies to more customers than ever before, including SteadyShot™ image stabilization, smooth zoom and field angle adjustability, high-bitrate XAVC S™ video recording4 and 4K Time-lapse capture.  There is also a new, smaller, lighter Live-View Remote that acts as a perfect complement to the new Action Cam.  It is offered together with the camera in a kit, model HDR-AS50R.

New to the HDR-AS50, users can now adjust the field angle of a shot with “wide”1 and “narrow” options available to help ensure the scene is captured properly based on the environment. The new camera also features an enhanced 3x smooth zoom, allowing shooters to get even closer to the action during movie recording.

Based on extensive feedback from athletes, filmmakers and more casual users, the HDR-AS50 offers an enhanced interface with larger, more intuitive icon and button operability.  Additionally, the new Live-View Remote2 acts as an extension of the camera, with the ability to fully control its capabilities including start/stop recording, power on/off and more.   Thanks to its versatile design, the remote can also be attached to various accessories such as Shooting Grip (model VCT-STG1) and Handlebar Mount (model VCT-HM2) using supplied mount adaptor, or worn as a wristband using supplied strap.  As with select Action Cam models, users can also control the AS50 with their smartphones and tablets3 through use of the PlayMemories Mobile application.  The new camera also has adjustable beep sounds as well as three tally lights on the top, front and back to allow greater awareness of recording settings in bright or noisy environments.

The HDR-AS50 model is compatible with the high bitrate XAVC S format4, allowing it to capture all scenes with impressive detail and resolution, and has a Time-lapse Capture feature that shoots still images in pre-set intervals.  The images can then be turned into a stunning 4K time-lapse movie utilizing the Action Cam Movie Creator software. 5 The Action Cam App can also create Time-lapse movies in Full HD6.

Additionally, Sony’s own in-built movie creator – Highlight Movie Maker – is available in the AS50 model.  The innovative feature, which now utilizes face detection technology, automatically assembles a video highlight package that can be viewed, paired with custom music.

The HDR-AS50 comes with a large range of accessories including a supplied Underwater Housing MPK-UWH1 that is certified down to 197 ft. / 60m in depth. An optional Cap Clip accessory (AKA-CAP1) is a perfect fit to any casual uses from travel to fishing.

The new Sony HDR-AS50 Action Cam will be sold for about $200 and is packaged with the Underwater Housing MPK-UWH1.  The HDR-AS50R adds the new Live-View Remote and will cost about $350.

Both products will be available next month at authorized dealers nationwide.