The Olympus 300mm f/4 IS PRO is a new lens for Micro Four Thirds cameras which provides a 35mm focal length equivalent of 600mm. The lens features built-in IS that also works in conjunction with the OM-D E-M1 and E-M5II bodies to offer 6 stops of stabilization.

Olympus 300mm f/4 IS PRO is packed with specialized elements that helps produce sharp, aberration free images. Supported by three Super ED lenses that eliminate peripheral chromatic aberration along with three High Refractive index lenses and one Extra-High Refractive index lens, grants maximum sharpness. Alongside this construction is the use of the Z Coating Nano, which dramatically reduces instances of ghosting and flares. 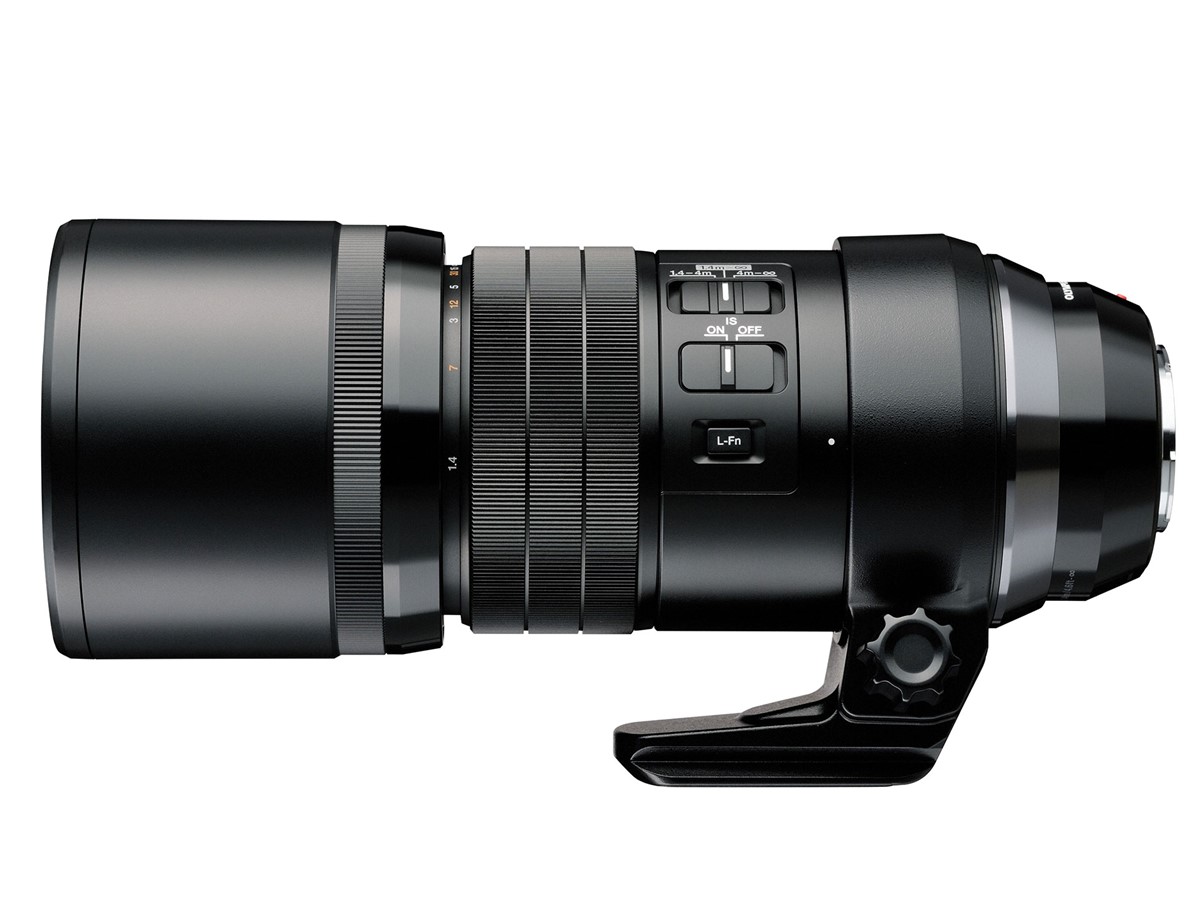 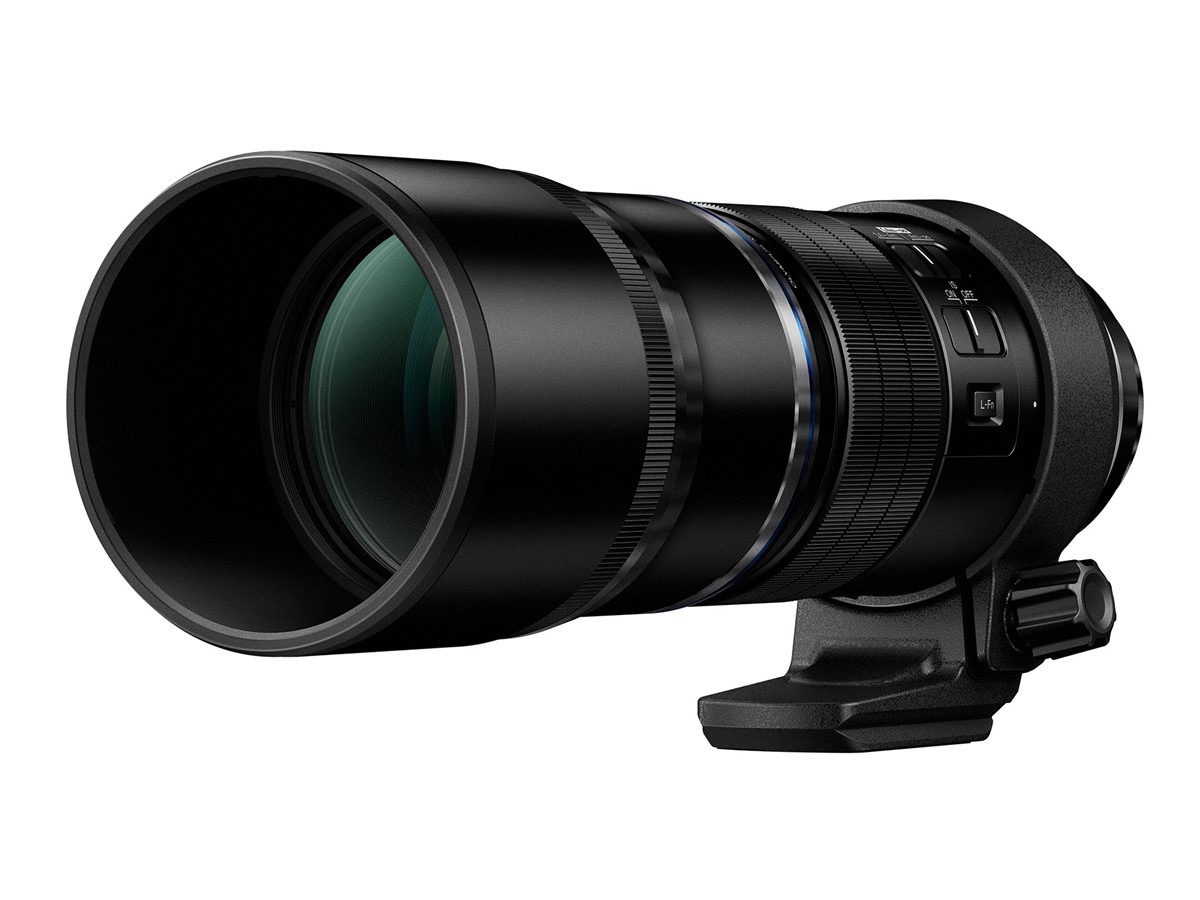 CENTER VALLEY, Pa., January 5, 2016 —Olympus is pleased to announce the Olympus M.ZUIKO Digital ED 300mm f4.0 IS PRO, a compact supertelephoto lens that expands the capability of the M.ZUIKO PRO series of professional, splashproof and dustproof lenses that deliver outstanding image quality under any circumstance. The M.ZUIKODigital ED 300mm f4.0 IS PRO is the first Olympus interchangeable lens with a built-in image stabilization mechanism, and when paired with the Olympus OM-D E-M1 (firmware version 4.0) or E-M5 Mark II (firmware version 2.0), in-body and in-lens image stabilization work in perfect harmony, resulting in the new 5-Axis Sync IS technology to produce the world’s most powerful image stabilization performance of up to six shutter speed steps of compensation*. The lens can also be used effectively with other camera bodies, as the in-lens stabilization mechanism alone provides four shutter speed steps of compensation.

With a length of 8.9 inches (227mm) and weight of a mere 2.8 pounds (1,270g), at one third of the size and weight of most DSLR 600mm equivalents, the M.ZUIKO Digital ED 300mm f4.0 IS PRO is designed to slip into an airplane carry-on bag or backpack and go anywhere to help users easily capture handheld images in once-challenging photo destinations. Despite its compact size, the lens is hermetically sealed in 17 places and features freezeproof performance down to 14⁰F (-10°C). Together with the same splashproof, dustproof and freezeproof performance as the OM-D E-M1 and E-M5 Mark II, this ensures you can capture high-quality images in the harshest environments.

The M.ZUIKO Digital ED 300mm f4.0 IS PRO also gets up close to explore the beautiful, minute world of telemacro photography with maximum image magnification of 0.48x (35mm equivalent), with a minimum focusing distance of 46 inches (1.15m) from the end of the lens. When combined with the M.ZUIKO Digital 1.4x Teleconverter MC-14, the user can capture all of nature’s beauty in high resolution at 840mm (35mm equivalent) and an increased image magnification of 0.67x (35mm equivalent) in a handheld compact body while maintaining the same minimum focus distance.

The OM-D’s silent mode combines with the lens’ Movie & Still Compatible mechanism for silent AF and shooting, giving the user the ability to blend into the background of any situation, whether that be the refinement of a symphony performance or the dusty plains of a lion’s hunting grounds.

The lens also features a Manual Focus Clutch mechanism that makes switching to manual focus possible by pulling the focusing ring toward you. The side of the lens barrelfeatures a Focus Limit switch (4m to infinity, all range, 1.4 to 4m), an IS switch (On/Off), and an L-Fn button, which can all be operated without ever taking your eye off the viewfinder. The built-in sliding lens hood can be locked into place when extended, and the tripod base plate with a quick shoecompatible rail is removable.

To find out more about the Olympus M.ZUIKO Digital ED 300mm f4.0 IS and for a complete list of specifications, visit the Olympus website at http://www.getolympus.com/us/en/lenses/pen-omd/fixed-focal-lengths/m-zuiko-ed-300mm-f4-0-is-pro.html.

*As of December 2015. CIPA guideline compliant, when correction is carried out on two axes (yaw and pitch) and when halfway release image stabilization is off.