Kodak announced the launch of an initiative aimed at putting Super 8 cameras into the hands of a new generation of filmmakers at CES 2016 event.

Kodak Super 8 Camera will record its movies on normal Super 8 film cartridges but will offer a digital LCD flip-out panel as viewfinder.

The camera will be capable of shooting at 9, 12, 18, 24 and 25 frames per second. It will come with either a Ricoh 6mm or 6-48mm lens, but its use of a C-Mount means it will be compatible with an enormous range of existing lenses. 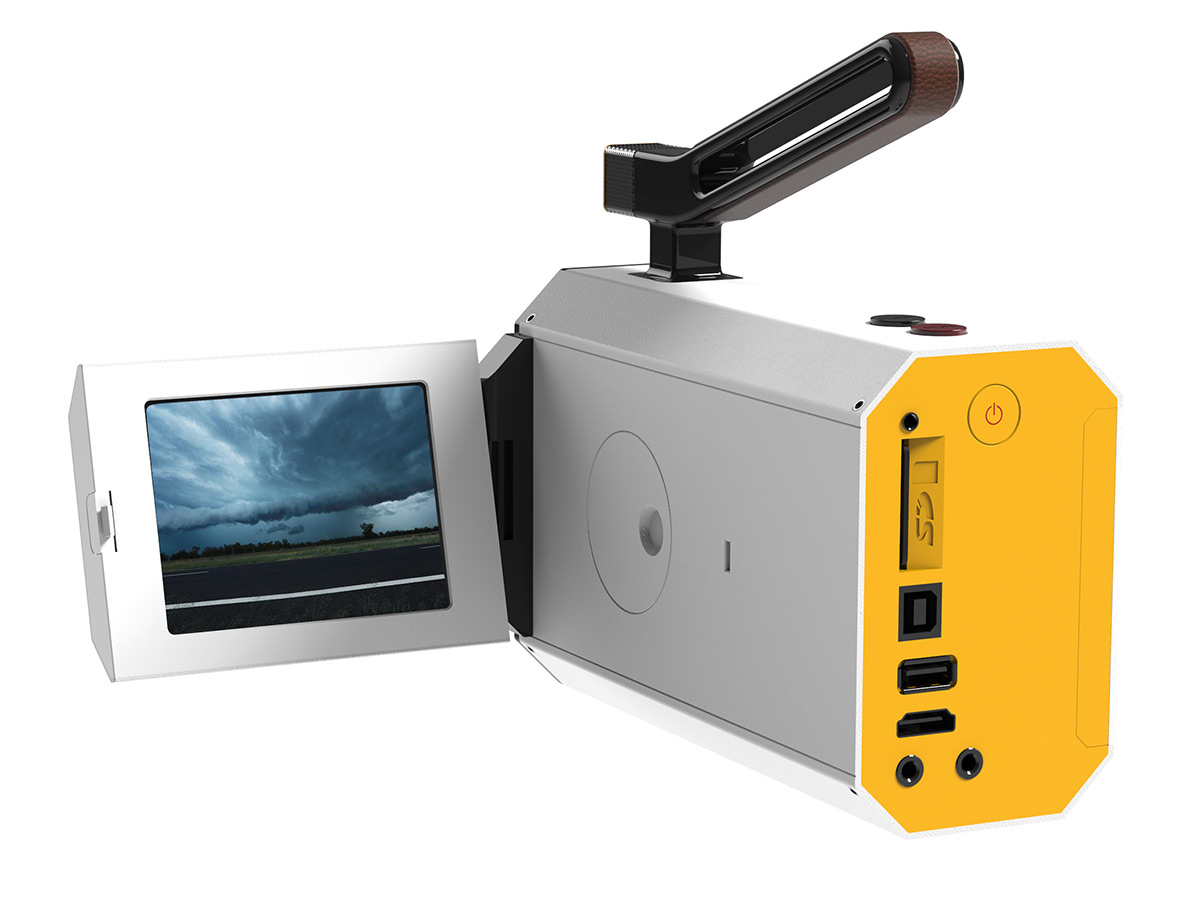 LAS VEGAS, N.V., Tuesday, January 05, 2016 — On the heels of celebrating 50 years of manufacturing Super 8 film, Kodak is launching an initiative aimed at putting Super 8 cameras into the hands of a new generation of filmmakers as well as meeting the needs of top directors, indie filmmakers and others who appreciate the art and craft of filmmaking.

At the Consumer Electronics Show (CES) in Las Vegas, Kodak will kick off its Super 8 Revival Initiative with a display of an early prototype of a new Kodak Super 8 camera that combines the classic features of a Super 8 with digital functionality as well as opportunities for visitors to shoot their own Super 8 footage and watch home movies on the Kodak CES booth (South Hall #20618).

The Kodak Super 8 Revival Initiative reaches far beyond the introduction of a new camera. The company has built a roadmap that includes a range of cameras, film development services, post production tools and more. “It is an ecosystem for film” said Jeff Clarke, Eastman Kodak Chief Executive Officer. “Following the 50th anniversary of Super 8, Kodak is providing new opportunities to enjoy and appreciate film as a medium.”

Film has generated huge buzz in Hollywood recently as the chosen medium for award-winning movie directors and blockbuster movies. Now the Kodak Super 8 Revival Initiative is being applauded by the industry’s top directors, many of whom got their start on Super 8 film. 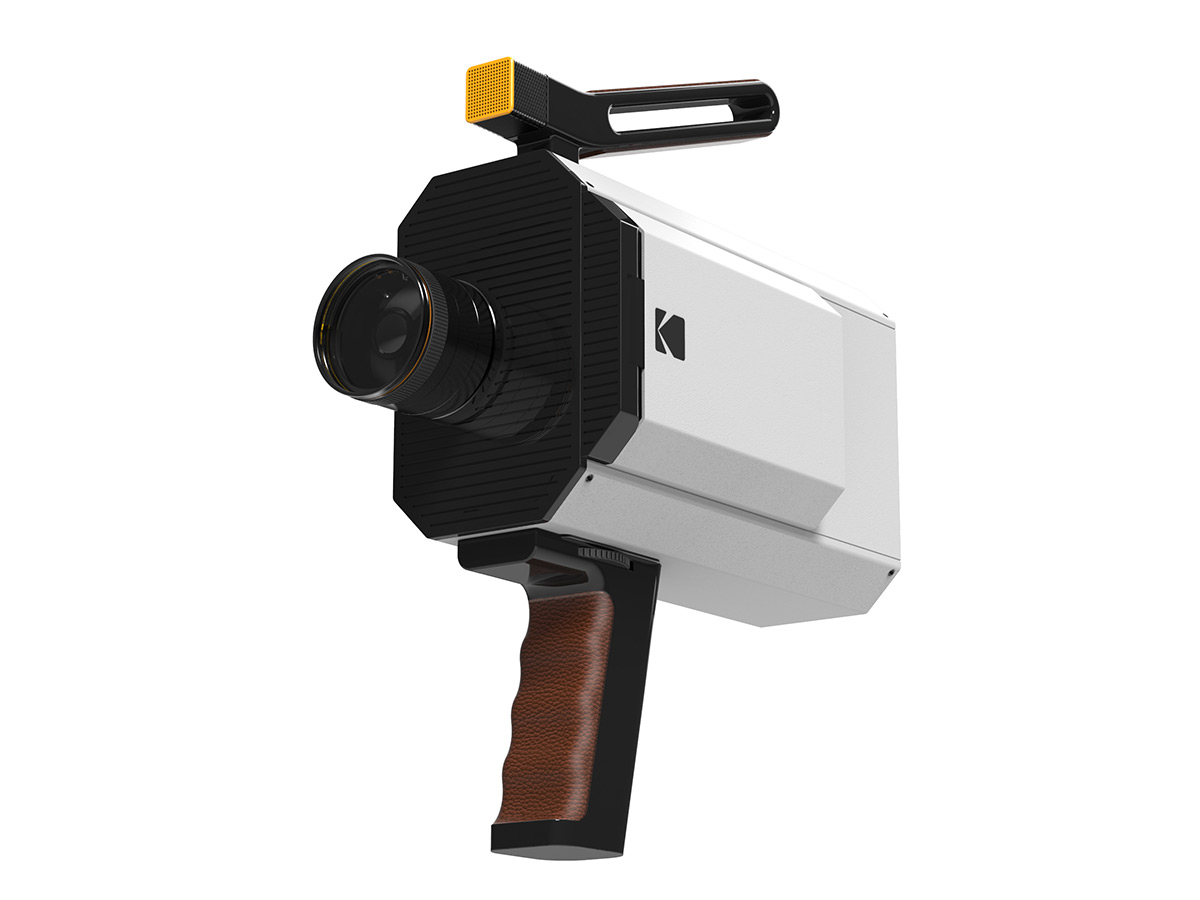 At 7 years old, director and producer Christopher Nolan began making short movies with his father’s Super 8 camera. “The news that Kodak is enabling the next generation of filmmakers with access to an upgraded and enhanced version of the same analog technology that first made me fall in love with cinematic storytelling is unbelievably exciting,” said Nolan.

“For me, 8mm was the beginning of everything,” said Academy Award®-winning director Steven Spielberg. “When I think of 8mm, I think of the movies.”

“While any technology that allows for visual storytelling must be embraced, nothing beats film,” said JJ Abrams, writer and director of Star Wars: The Force Awakens. “The fact that Kodak is building a brand new Super 8 camera is a dream come true. With a gorgeous new design, interchangeable lenses and a brilliant scheme for development and delivery of footage, this camera appears to be the perfect bridge between the efficiency of the digital world and the warmth and quality of analog.”

By launching its first Super 8 camera product in more than 30 years, Kodak is demonstrating its resolve to ensure that film plays an important role in the future of filmmakers – both professionals and amateurs. This product, like many in Kodak’s history, will be a tool for artists and all those who aim to capture special moments.

As one of the first American companies to recognize the value of industrial design, Kodak has engaged with Yves Béhar, design entrepreneur and founder of Fuseproject, to ensure that the new Kodak Super 8 camera design echoes the look and feel of the original Kodak Super 8 camera, introduced in 1965, while adding a modern sensibility.

“Kodak has always represented innovation that is approachable while delivering the craft of filmmaking. Our design aspires to express both these ideals. We are designing the Kodak Super 8 camera with robust materials and new ergonomic features to serve the needs of Super 8 fans, whether shooting action or static scenes,” said Béhar.

Please visit Kodak at CES South Hall #20618 to see a prototype of the new Kodak Super 8 camera, shoot your own Super 8 footage and view home movies from Kodak.