Fuji has released a new version 2.0 of FUJIFILM Camera Remote app for smartphones or tablets which supports all of Fujifilm wireless-equipped digital cameras.

The FUJIFILM Camera Remote is an application which can operate wireless-equipped digital cameras by remote control to shoot images and to view images and movies in the camera and to transfer them to smartphones or tablets.

FUJIFILM Camera remote is now a unified app with improved operation which supports all functions of FUJIFILM camera application or FUJIFILM photo receiver which also supports FUJIFILM wireless-equipped digital cameras. Whether you use with a FinePix series or X series, one app is now all you need. 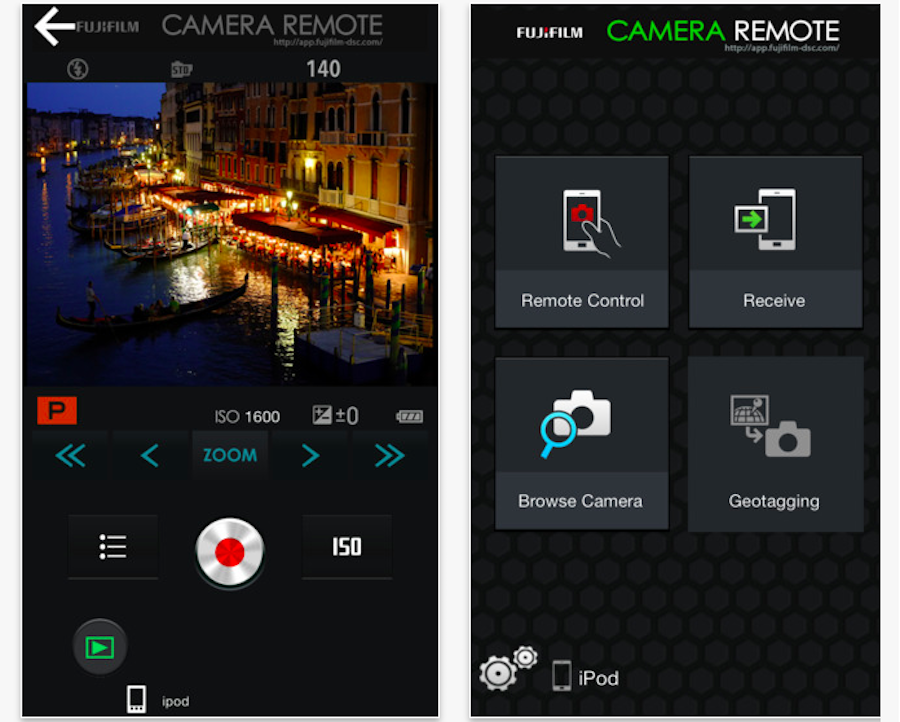 This application provides the following functions:

Download this app from the App Store or Google Play.