The new AT-X 14-20mm f/2 PRO DX lens designed for DSLR cameras with APS-c sized image sensors has a focal range between 14-20mm corresponding to 21-30mm in 35mm format. It has maximum aperture of f/2 through out the focal range. 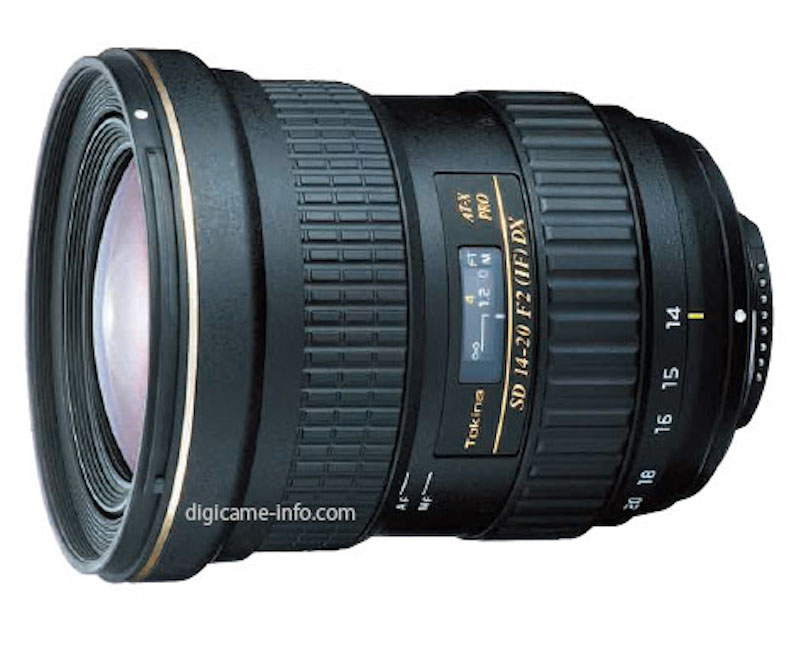 Here are the leaked lens specifications