The 80-millionth EOS camera produced was an EOS 5DS R, which boasts the world’s highest pixel count in its class. 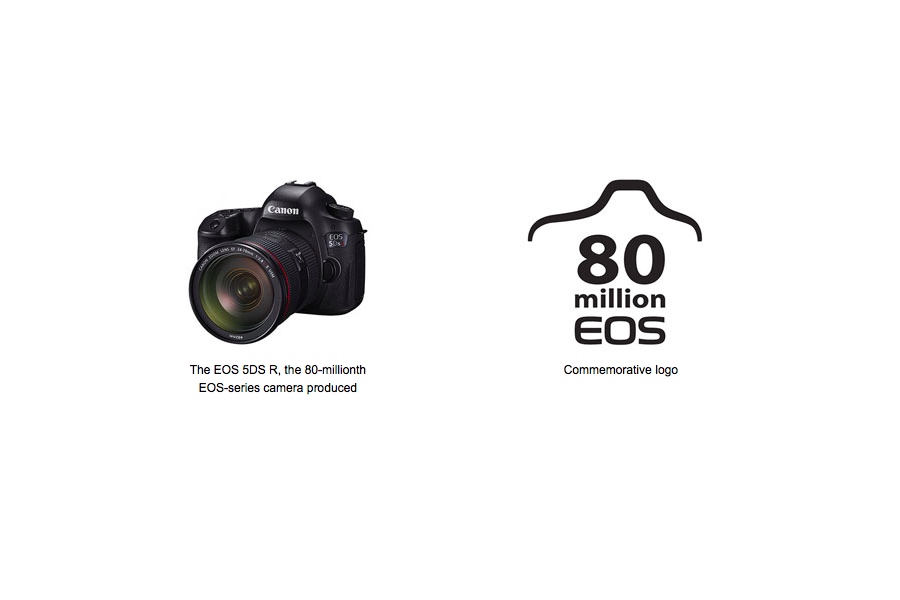 TOKYO, November 18, 2015—Canon Inc. announced today the achievement of a new camera-manufacturing milestone as combined production of the Company’s film and digital EOS-series interchangeable-lens cameras surpassed the 80-million mark on November 10, 2015. The 80-millionth EOS camera produced was an EOS 5DS R, which boasts the world’s highest pixel count in its class.1

EOS, which stands for “Electro Optical System,” is also the name of the Greek goddess of the dawn. Introduced in March 1987 as a new generation of AF SLR cameras, EOS cameras were the world’s first to incorporate an electronic mount system enabling complete electronic control not only between the lens and body, but throughout the entire camera system.

Canon manufactures all key components employed in the EOS series, enabling the Company to achieve an even more robust product lineup by selecting the optimal sensor for each model. Drawing from this strength, Canon has helped to pioneer a new age for cameras by launching such innovative products as the compact, lightweight EOS Kiss (EOS Rebel XS or EOS 500 in other regions), which succeeded in expanding its user base, and the EOS 5D series, which celebrates its 10-year anniversary this year.

As a result, the Company has successfully maintained the No. 1 share worldwide2 within the interchangeable-lens digital camera market for the 12-year period from 2003 to 2014. Furthermore, thanks to the strong backing of users over the years, Canon’s EF interchangeable lenses, launched alongside the EOS SLR camera system, celebrated a new manufacturing milestone in June 2015 with the production of the 110-millionth EF-series interchangeable lens for EOS cameras, setting a new world record for the most interchangeable lenses produced.2

Canon will continue to refine its diverse imaging technologies based on its core optical technologies, striving to produce exceptional and reliable lenses and cameras that cater to the varying needs of photographers—from first-time users to advanced amateurs and professionals—while contributing to expanding the culture of photographic and video imaging.

1
Among digital SLR cameras equipped with a 35 mm full-frame image sensor. As of November 16, 2015, according to a Canon survey.
2
Based on a Canon survey.