The new adapter allows Canon’s and Nikon’s full-frame lenses to be mounted onto Micro Four Thirds cameras with a wider angle of view and faster aperture.

The new version of the Zhongyi Lens Turbo Adapters for MFT cameras comes with a redesigned optical construction and improved lens coatings.

With the adapter attached, the 2x “crop factor” of MFT cameras is modified by a factor of 0.762x for a combined figure of 1.524, causing these cameras to behave a lot like APS-C models.

The new Nikon version of the adapter features a silver aperture ring, enabling users to control the iris of Nikon G lenses, which lack an aperture collar of their own. Priced at $149, the new Zhongyi Turbo Lens Adapter II will become available in November 2015. 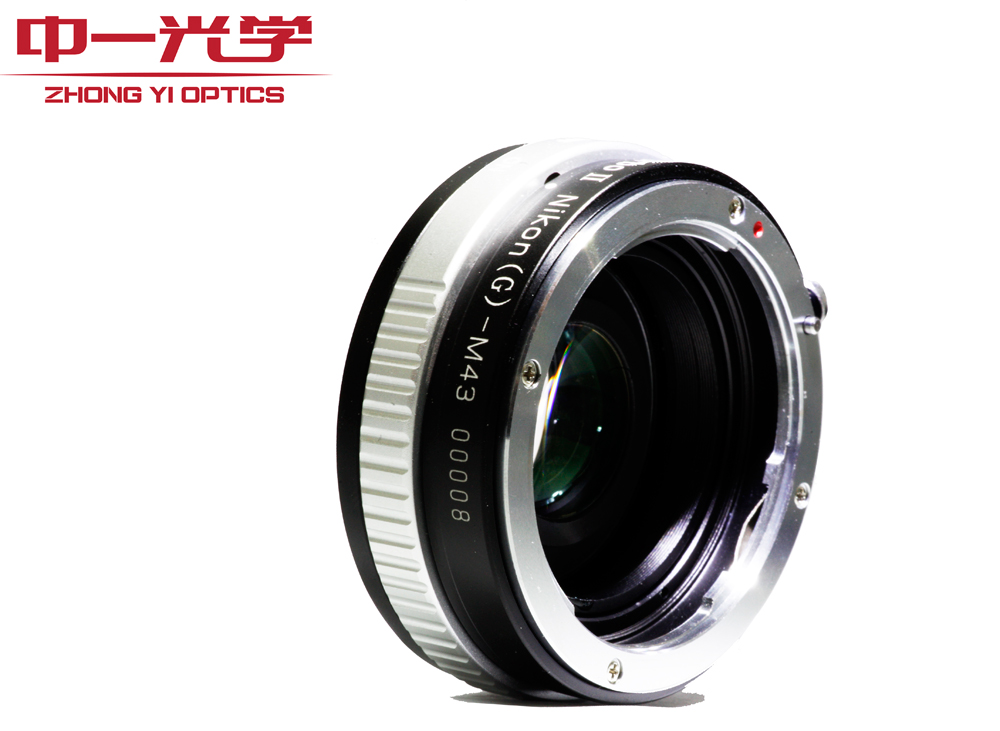 Shenyang China, Oct 21, 2015 – Shenyang Zhongyi Optics (ZY Optics), a leading Chinese manufacturer of camera lenses and focal reducers, has released the version II of the Lens turbo adapters for Micro Four Thirds (M43) cameras. There will be 2 versions of the new lens turbo adapters, which are designed for lenses with Canon EF mount and Nikon F mount respectively. This adapter allows Full Frame compatible lenses to be mounted onto Mirrorless cameras with a wider angle of view and faster aperture. The New Nikon version features a silver aperture ring which is able to control the aperture of Nikon G lenses through the adapter. The adapter is compatible with cameras with Micro Four Thirds mount, including the Blackmagic Pocket Cinema Camera (BMPCC).

Similar to the previous Zhongyi Lens Turbo (ver II), the new MFT turbo adaptor features a structure of 4 lens elements in 4 groups, including 1 extra-low dispersion element which helps in reduce the chromatic aberrations on the image. The angle of view of the camera lenses will be increased by 0.762x and the max. aperture will be improved by 1-stop. Version II of the lens turbo adapter has a complete different optical design from version 1 and a much improved coating. And the optical performance upgrades tremendously.

Purchase can now be made via ZY Optics official website (http://www.zyoptics.net/) or authorized resellers. Shipment will commence from early Nov. Suggested retail price is USD 149.

Sample products will be available for trial in ZY Optics booth (booth#973) in Photoplus Expo, New York during 22-24th Oct together with the rest of the new products.