The RX1R II supports the XAVC S movie recording format, for capturing the quality of Full HD motion picture footage at frame rates of 60p (50p), 30p (25p) or 24p, and at a high bit rate of 50Mbps. 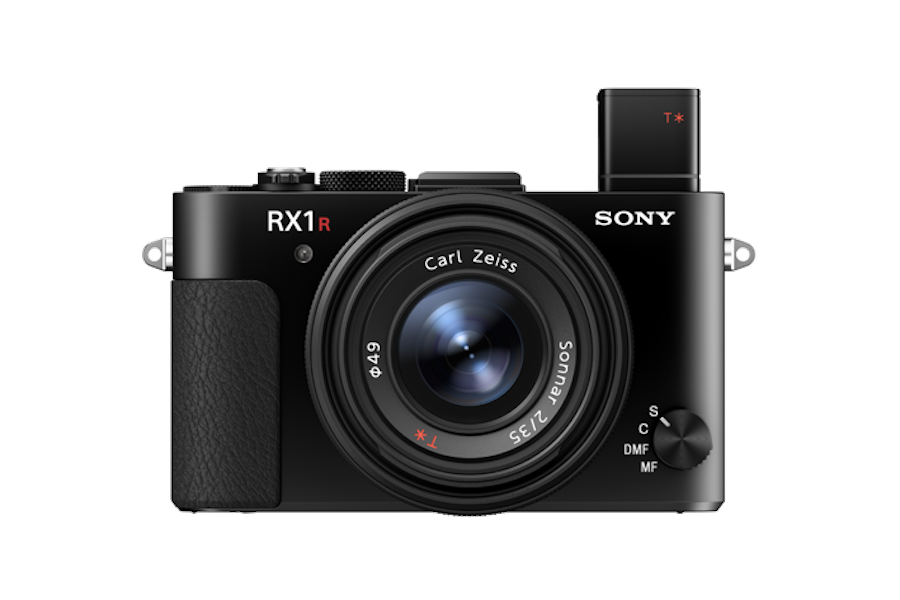 The new Sony RX1R II full-frame compact camera will be available in December 2015. 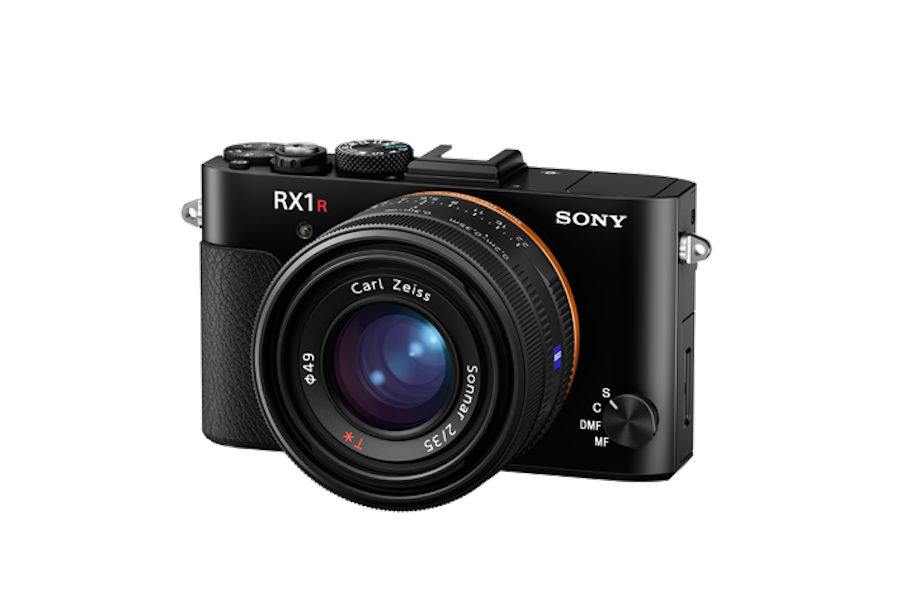 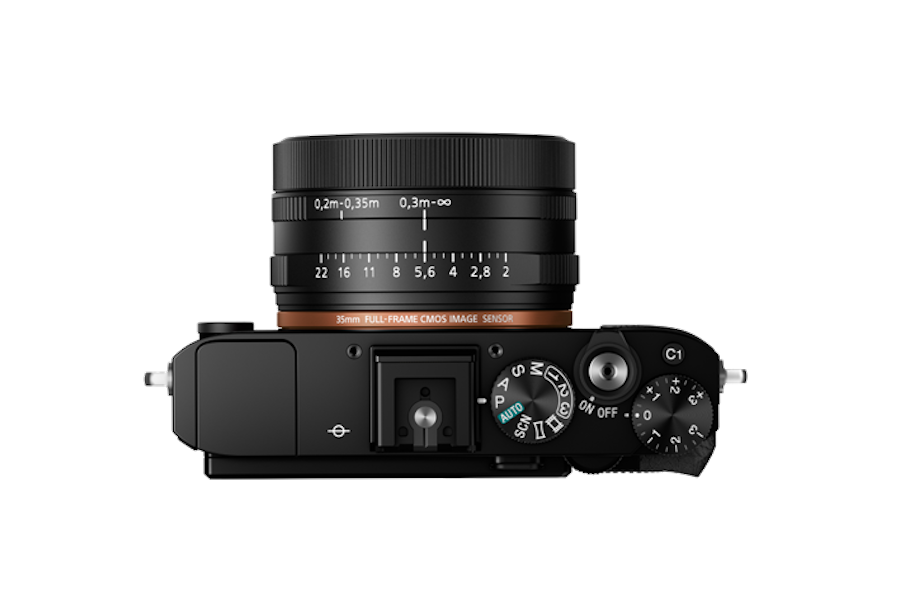 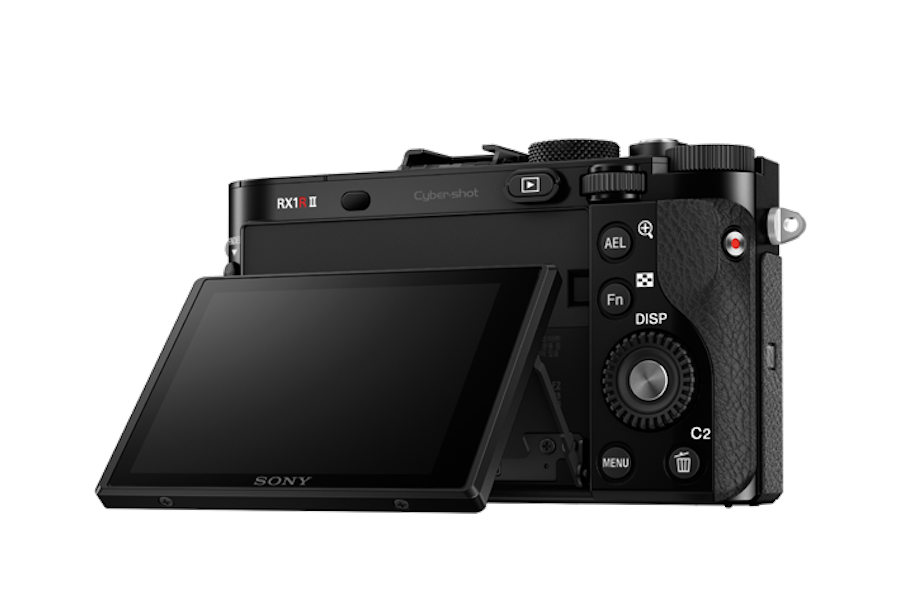 Joining the original RX1 and RX1R cameras in the family of the world’s smallest full-frame cameras, the new RX1R II delivers the highest picture quality of any Sony compact camera ever made. This can largely be attributed to the new camera’s high resolution 42.4 MP sensor paired with its large aperture, fixed focal length ZEISS Sonnar T* 35mm F2 lens, which have been fine-tuned to optimise performance together.

Additionally, the new model features a 30% improvement in AF response speed compared to the original award-winning RX1 models and is equipped with the world’s first optical variable low pass filter that can be set to “off”, “standard” or “high” based on user preference with low pass filter bracketing available. It also has a convenient retractable XGA OLED viewfinder for eye-level shooting, which has been implemented with minimal change in overall body size from its predecessors.

Ultimate Image Quality in the Palm of Your Hand

Matched specifically for the image sensor, the large aperture 35mm F2 ZEISS Sonnar T* lens ensures that all images captured by the camera are impressively sharp from the centre to the corners. The lens also has a unique Macro shift ring for focusing on subjects as close as 14cm in front of the lens and has nine aperture blades that produce smooth, even background defocus or ‘bokeh’ in the most commonly used aperture ranges.

Another unique benefit of the new camera is its fixed lens design, which allows the positioning of its sensor and lens to be precisely adjusted to maximise all benefits of the sensor’s extremely high resolution. The closer the two components are to one another, the wider the angle through which light can pass through the lens and directly reach the sensor, resulting in imagery that is rich in detail and resolution. Also, unlike the focal plane shutter common to interchangeable lens cameras, RX1R II utilises an in-lens shutter, allowing 1/2000 sec flash synch speed and a significant reduction in overall body size.

The RX1R II model is the first in Sony’s acclaimed RX line of compact cameras to feature Fast Hybrid AF capabilities. The camera’s sensor features 399 focal-plane phase-detection AF points that cover about 45% of the image area – the world’s widest AF coverage on a full-frame sensori – that work together with 25 contrast AF points to achieve focus response that is about 30% faster than the original model. Additionally, the camera has adapted an advanced motion-detection algorithm that offers superior tracking performance of moving subjects and allows for the addition of AF-C mode that accurately tracks a subject after focusing. It also can achieve up to 5fps continuous shooting with AF tracking.

Other focusing improvements on the new model include multiple AF area settings including Wide, Centre and Flexible Spot, as well as Eye AF and lock-on AF.

In a first for digital cameras, the RX1R II features an optical variable low pass filter that allows shooters to manually adjust the balance of image resolution and presence of moiré or colour artifacts to match the subject.

The three settings for the low-pass filter[iii] include “off”, which provides comparable effects to having no low-pass filter and is suitable when prioritising resolution, “standard”, which strikes a balance between resolution and removal of moiré and colour artifacts, and “high”, which places more emphasis on reducing moiré and artifacting. This unique feature allows photographers to achieve the desired image quality and resolution based on the presence of moiré-inducing high spatial frequency objects in the scene, essentially combining two cameras – one with and without a low-pass filter – into one body. Low-pass filter bracketing is also available and can be used to compare the effects of different settings.

New for the RX1 series, the RX1R II has a built-in retractable XGA OLED Tru-Finder[iv] that pops up and down with simple one-push operation. The viewfinder features ZEISS T* Coating and four glass elements, including two aspherical lenses, that work together to deliver a magnification of 0.74x[v] and clear corner-to-corner visibility with minimal distortion. The new camera also has a 3.0 type WhiteMagic™ 1.2 million dot LCD display that can tilt upwards to 109 degrees and downwards to 41 degrees, allowing for a greater range of shooting angles and positions.

On the video side, the camera’s advanced sensor and processor deliver exceptionally detailed movies with low levels of noise. It is able to support full HD 1920×1080 video recording at frame rates of 60p, 30p or 24p through use of the versatile XAVC S movie recording format.[vi]

A new version of the popular “Smart Remote Control” app[vii] from PlayMemories Camera Apps is coming soon. It enables remote shooting from your smartphone, and features updated bulb and continuous shooting functionality to match the new camera. Learn more at www.sony.net/pmca.

The new Sony RX1R II full-frame compact camera will be available in December 2015 priced at approximately €3,500.

New videos and content on the new RX1R II will also be posted directly on the Sony Photo Gallery and the Sony Camera Channel.