The first image of the final version of the upcoming M.Zuiko Digital ED 300mm f/4 PRO telephoto prime lens has been spotted online.

From the leaked image below we can see the new IS on/off switch which also means that Olympus added in lens stabilization into the lens.

According to previous Olympus rumors, the 300mm f/4 PRO lens already registered in Russia and the official announcement expected for Consumer Electronics Show CES 2016 in early January or the CP+ Photo Imaging Event in early February. 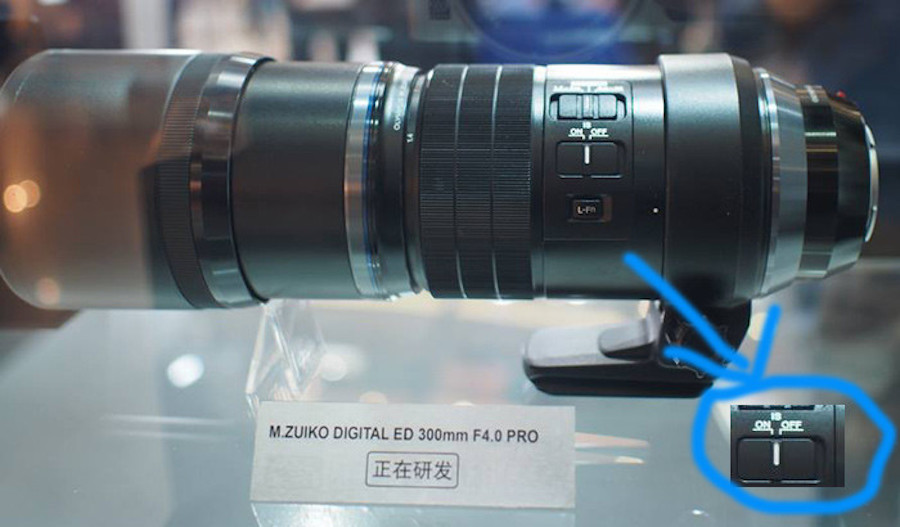 The M.Zuiko Digital ED 300mm f/4 PRO lens for Micro Four Thirds cameras is in talks for a long time and currently listed at B&H Photo with a coming soon tag.

Olympus M.Zuiko Digital ED 300mm f/4 PRO telephoto prime lens for Micro Four Thirds cameras price also rumored before as it is expected to be around $2,000 price tag in US.