The Laso Transmitter can be used with up to 15 radio flashes in five groups, while the Laso receiver enables the setup to be used with non-radio E-TTL flashes.

The Laso Transmitter can be used to trigger non-radio E-TTL flashes with the Laso Receiver; photographers can also use the Canon ST-E3-RT flash transmitter or similar devices instead of the Laso Transmitter if desired. The transmitter supports a variety of flash modes, including Manual, Ext.A, MULTI, Linked Shooting and E-TTL II/E-TTL. 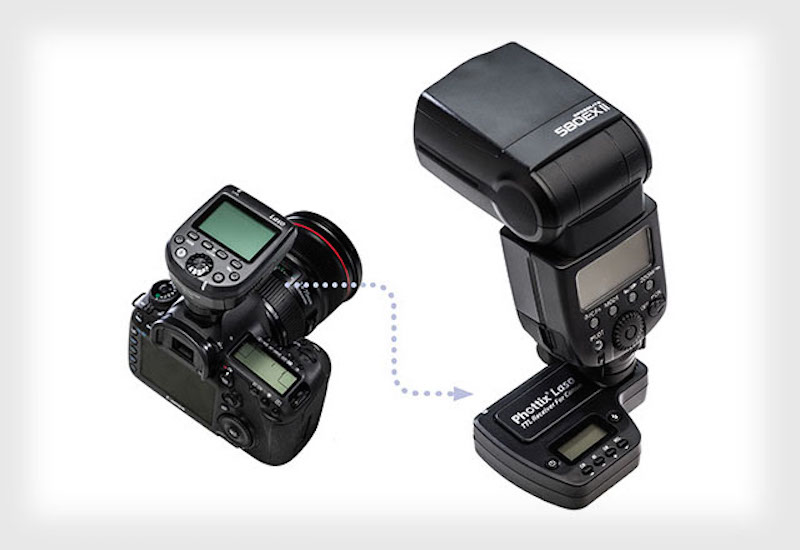 The Laso Receiver works with Canon’s non-radio ETTL flashes. Users can control and trigger these flashes from different radio devices, including the Phottix Laso Transmitter, Canon ST-E3-RT flash transmitter, and Canon radio-enabled flashes. The Laso Receiver can also be connected to studio lights, offering the ability to mix hot shoe flashes and studio lights in one triggering system.

The Phottix Laso Flash Trigger System is available on September 24th. See the Laso in action