Olympus Global has announced that they will release a new firmware update for the OM-D E-M1 and OM-D E-M5II mirrorless cameras by end of November.

Firmware update version 2.0 for OM-D E-M5 Mark II and Olympus Capture Version 1.1 will also be released to meet the demand from professional photographers.

The latest firmware upgrades for two cameras will be released late November 2015. Below you can see the details. 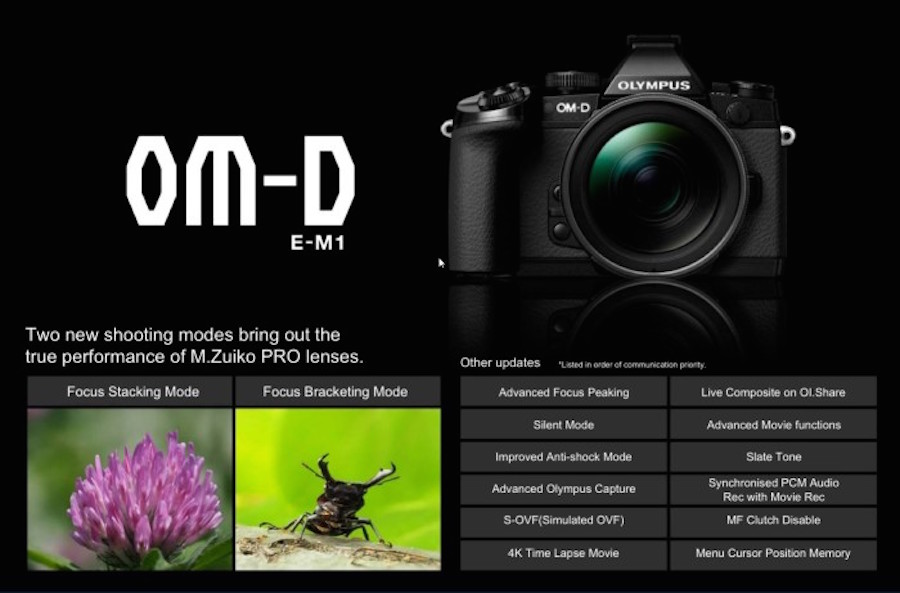 1) Focus Stacking Mode (OM-D E-M1 only)
Focus Stacking Mode let you shoot macro photos that are completely in focus at all depths. A single press of the shutter button captures 8 shots with different focal positions, automatically merging them into a single shot on the camera. Depth of field larger than that of minimum aperture and high resolution without diffraction can be achieved.

2) Focus Bracketing Mode
This function captures up to 999 shots with the focus position for each shot being changed, allowing you to use photo retouching software to merge the images with larger depth of field that cannot be achieved in focus stacking mode (8 shots).

3) S-OVF (Simulated OVF)
S-OVF enables a view that is similar to that of an optical viewfinder.
Exposure compensation and white balance are purposely not shown in S-OVF so that users who are comfortable with the optical viewfinder in DSLR cameras can use the camera in the exact same way.

5) Synchronized PCM Audio Rec. with Movie Recording
Functions have been added for shooting movies when connecting Olympus Linear PCM Recorder LS-100 via USB cable. Slate Tone can be added to make it easier to synchronize the audio and image after recording is complete, and a function for synchronizing the start of audio recording with movie recording on the camera is also available.

6) Enhanced functions on Olympus Capture Version 1.1
You can customize the display of items on the Super Control Panel so that only the required functions are displayed, and you can change the layout for easier access of the most frequently used functions. Direct PC saving is also available and the transfer speed is made faster by saving images directly to a computer without recording to an SD card. Transfer speed is improved up to 4 times faster than before. Tether shooting capabilities are also expanded. Features such as Keystone Compensation are now available to operate via a computer by connecting the camera to a computer. 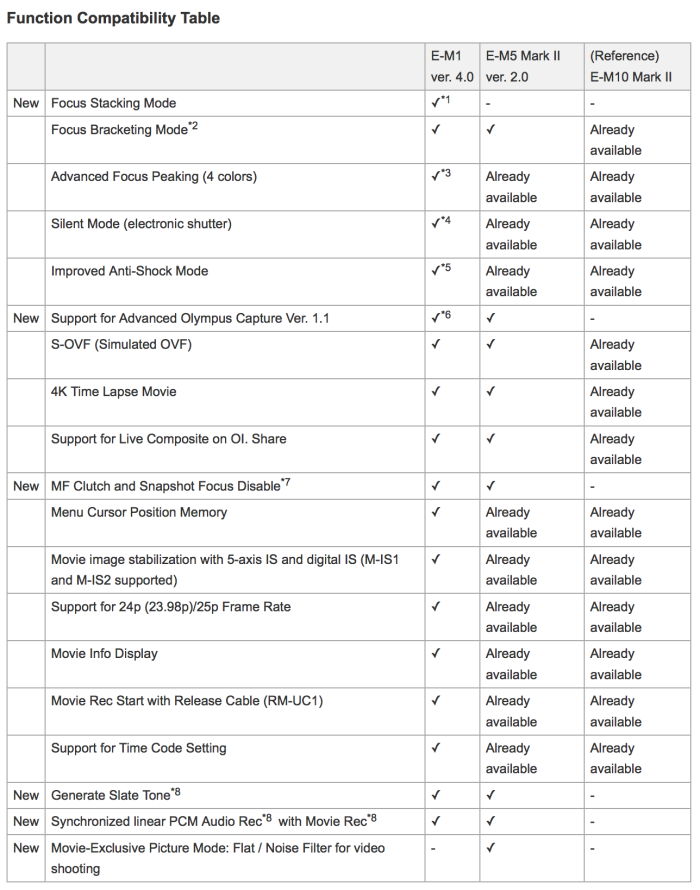