The camera uses the same 24-70mm equivalent F1.8-2.8 lens as its predecessor, the RX100 III. It also looks nearly identical to the III. Burst rate has been bumped to an impressive 16fps. And because the new shutter has such a fast read out time, it is now capable of shutter speeds up to 1/32,000 sec.

The digital camera can also record 4K movies using the XAVC S codec, which records video at a high data rate of 100 Mbps. The camera utilises full-pixel readout without pixel binning to ensure that all the finer details of 4K video are captured with minimal moire and ‘jaggies.’ Additionally, the RX100 IV can capture 40x super slow motion video at up to 960fps. 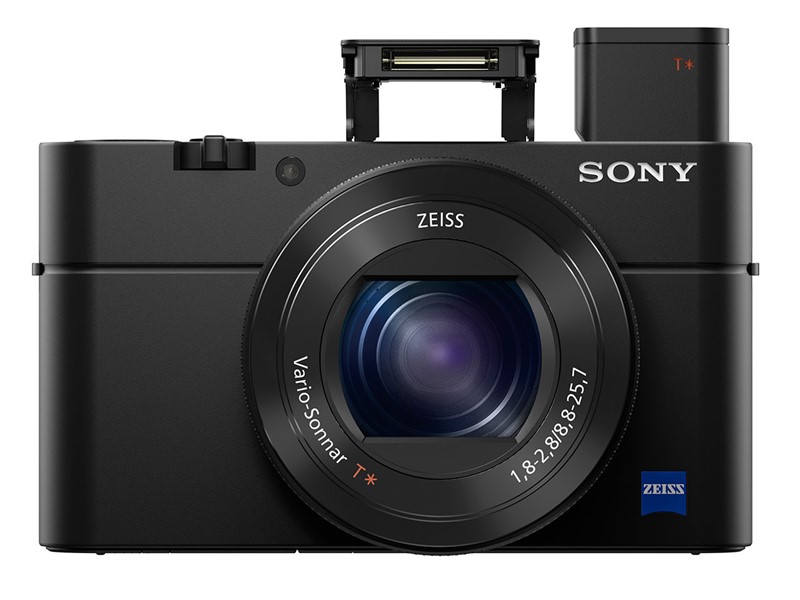 The Sony RX100 IV premium compact camera will be available in July for $949. 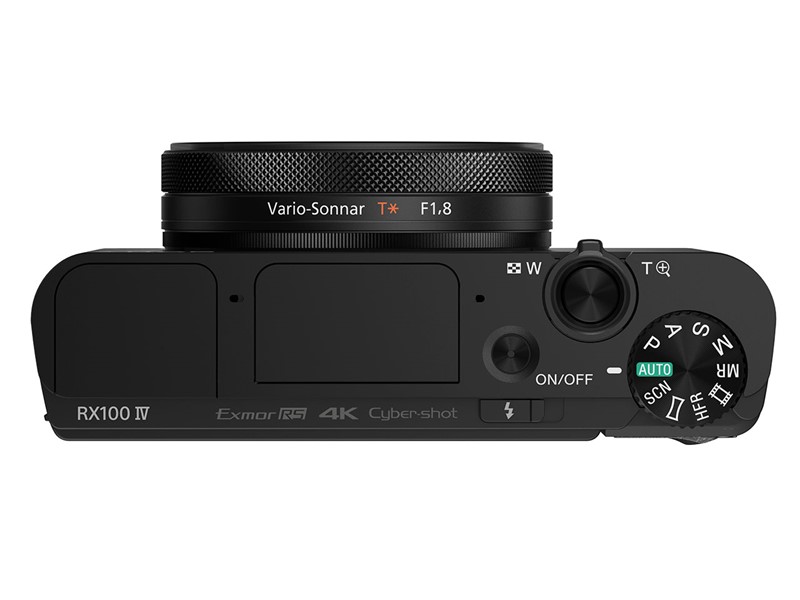 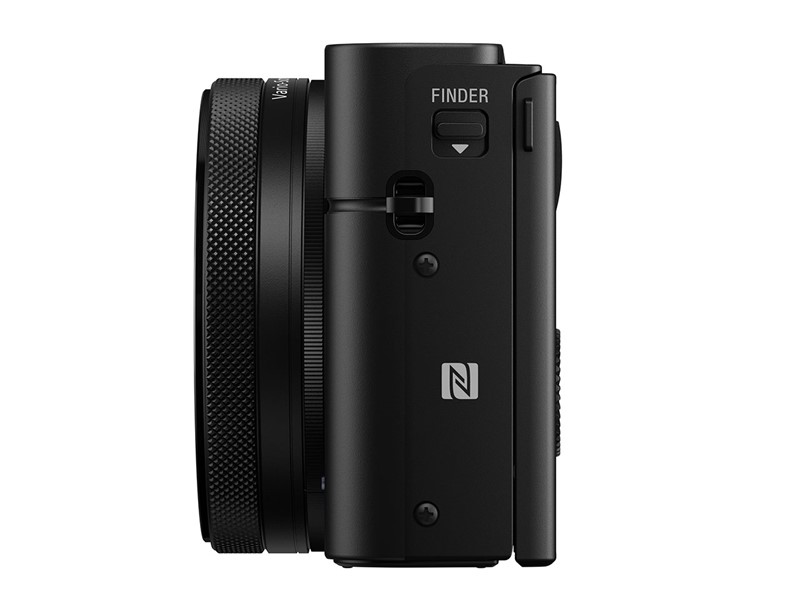 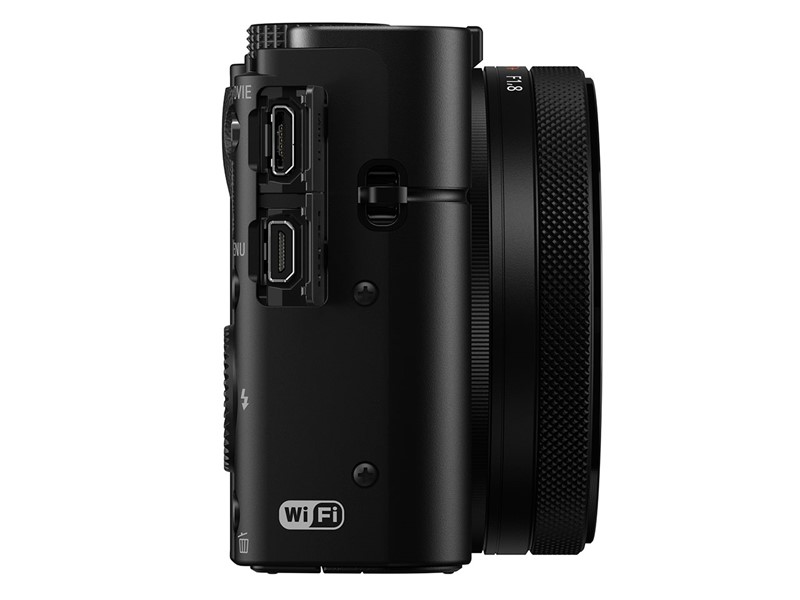 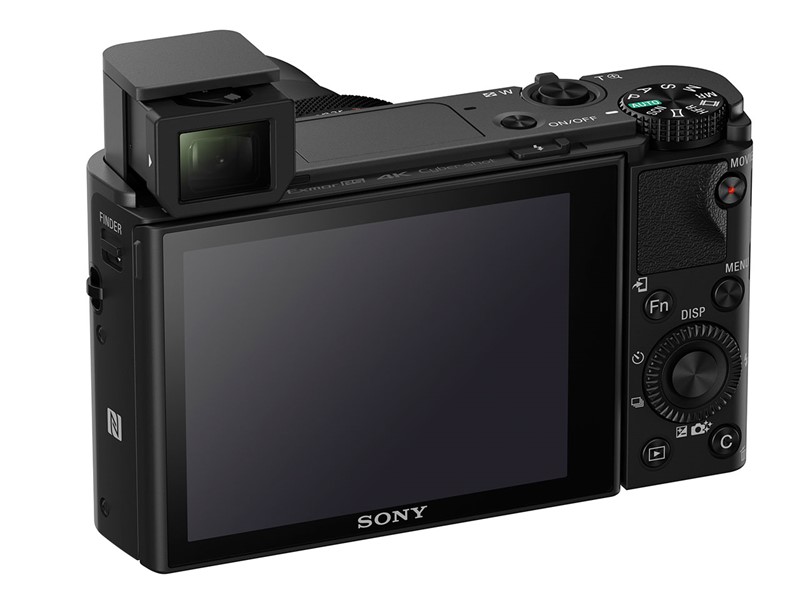 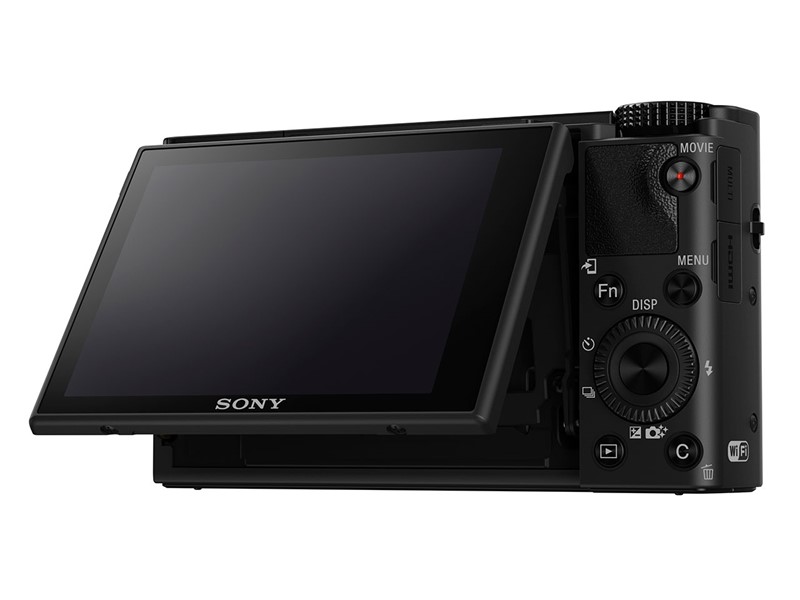 The two new models both feature the world’s first 1.0″ type stacked Exmor RS CMOS sensor2 with advanced signal processing and an attached DRAM memory chip. The high speed signal processing and DRAM memory chip work together to enable more than 5x faster readout of image data3 and are responsible for a variety of standout features that have previously been available in only a select few professional-level video cameras. These impressive capabilities include 40x super slow motion video capture at up to 960 fps4,5, an ultra-fast Anti-Distortion Shutter with a maximum speed of 1/32000 second, high resolution 4K movie shooting6 and more.

“Utilizing Sony’s decades of expertise in digital imaging, we’ve made it possible for everyday customers to enjoy a professional imaging experience with the new RX100 IV and RX10 II cameras. With the power of the world’s first 1.0-type Stacked CMOS sensor packed into a compact, portable body, these new cameras bring the excitement and creativity of high frame rate shooting, 4K recording and a variety of other pro-quality features to a whole new audience.”said Kimio Maki, Senior General Manager of Digital Imaging Business Group for Sony Corporation.

Kelly Davis, Vice President of Digital Imaging for Sony North America, added “The new RX100 IV and RX10 II models make a strong statement for Sony, as they break through all existing boundaries of compact cameras and will allow professionals, hobbyists and enthusiasts to capture images and video that they never before thought were possible.”

Up to 40x Super Slow Motion Shooting
A first for Sony consumer cameras, the new RX100 IV and RX10 II both have the ability to record super slow-motion video at up to 40x slower than the standard rate, allowing users to capture and replay fleeting moments of action with incredible detail, resolution and clarity.

Prior to shooting, users will have the ability to choose among 960fps, 480fps and 240 fps frame rates and among 60p, 30p and 24p playback formats4,5 to optimize the recording to fit the speed of the moving subject, with the option to use the movie record button as a ‘start trigger’ to begin recording once button is pressed or ‘end trigger’ to record footage up until the button is pressed. The ‘end trigger’ mode lets shooting begin 2 to 4 seconds before the movie button is pressed, enabling shooters to capture the decisive moment with much more consistency and accuracy. For reference, two seconds of movie footage shot at 960 fps and 24p would take about 80 seconds to play back.

High Speed Shutter, High Speed Shooting
The impressive speed and power of the 1.0″ type stacked Exmor RS CMOS sensor with an attached DRAM chip allows the new RX100IV and RX10 II to perform exceptionally well while capturing fast-moving subjects. Specifically, it’s fast processing capability results in continuous speeds at up to 16 fps on the RX100 IV and up to 14 fps on the RX10 II for an extended period of time.

Additionally, the ultra-fast readout of the image sensor is responsible for the high speed Anti-Distortion Shutter (maximum speed of 1/32000 second), which allow the new cameras to capture sharp, crystal clear images with a wide open aperture at brightness levels up to EV197. It also minimizes the “rolling shutter” effect commonly experienced with fast moving subjects. This allows photographers and videographers to capture beautiful content with sharply focused subjects and defocused backgrounds under some of the most difficult, bright lighting conditions.

High Precision Direct 4K Movie Recording
The new RX100IV and RX10 II models are the first Cyber-shot cameras to offer the advantages of 4K (QFHD 3840×2160) movie recording6. The cameras utilize full pixel readout without pixel binning to ensure that all the finer details of 4K video are captured with minimal moire and ‘jaggies’. These high-quality results are achieved through use of the XAVC S codec, which records video at a high data rate of 100 Mbps during 4K recording and 50 Mbps during full HD shooting6.

The capacity for shooting 4K differs slightly on each of the two cameras, as the more professionally styled RX10 II can shoot 4K video at extended lengths (up to 29 minutes in the US), while the more casual, pocket-friendly RX100 IV can shoot 4K clips at up to about 5 minutes in length. Additional professional caliber video features on both of the new cameras include Picture Profile, S-Log2/S-Gamut, and more.
Both cameras also have advanced dual video recording functionality, allowing shooters to capture 16.8 MP still images during 4K video recording in any of 11 different composition patterns simply by pressing the shutter button.

Each of the cameras is equipped with a new high-contrast XGA OLED Tru-Finder™ with approximately 2.35 million dots of resolution, ensuring true-to-life image preview and playback functionality. The RX100 IV maintains the convenient retractable EVF with ZEISS® T* coating from the RX100 III model that debuted last year.

Both of the two new models feature an upgraded Fast Intelligent AF system that enables high-speed, high-precision contrast detection of a moving subject in as little as 0.09 seconds8. Sony’s proprietary AF algorithm allows them to recognize and lock-in on a subject with a simple half-press of the shutter button at a much more efficient rate compared to previous models. The new cameras are also Wi-Fi® and NFC™ compatible and can access Sony’s growing range of PlayMemories Camera Applications. Learn more at www.sony.net/pmca.

Aesthetically, both of the new models feature a variety of customizable controls and buttons to fit any shooter’s style. The RX10 II adds dust and moisture resistance as well.

There is also a new stylish soft carrying case for, model LCS-RXG, that has been introduced. Made of quality natural leather and available in brown and black colors, it is an ideal complement to the sleek designs of all the RX100 series cameras including the new RX100 IV model.

Pricing and Availability
The new Sony Cyber-shot RX100 IV(model DSC-RX100M4) compact and RX10 II (model DSC-RX10M2) high-zoom camera will be available this July for about $1000 and $1300, respectively. Pre-sales for each model will begin on June 17th.

The new cameras and all compatible accessories will be sold at a www.store.sony.com and variety of Sony authorized dealers nationwide.

A variety of exclusive stories and exciting new content shot with the new RX cameras and other high-end Sony imaging products can be found at www.sony.com/alpha, Sony’s new community site built to educate, inspire and showcase all fans and customers of Sony imaging products.

The new content will also be posted directly at global sites www.youtube.com/c/imagingbySony and www.sony.net/product/di_photo_gallery for a full preview of video and still images shot with the new Sony Cyber-shot RX models.

1. Sony is the world’s No. 1 manufacturer of image sensors for digital cameras and video recorders, with over 50% market share. Data based on Sony research from April 2014 to March 2015.
2. The world’s first as 1.0-type sensor with memory-attached design, as of announcement date, Sony survey
3. Compared to previous RX100 III and RX10 models. According to a simulation of the same electronic shutter of up to 1/32000 sec. combined with the Exmor R CMOS sensor employed with RX10 or RX100 III
4. Sound cannot be recorded when shooting slow motion. An SDXC memory card of Class 10 or higher is required.
5. In NTSC
6. An SDXC memory card with a Class 10 or higher speed rating is required for XAVC S recording and UHS Speed Class 3 is required for recording at 100Mbps
7. Using a built-in ND filter
8. Measured with RX10 II model, CIPA standard, internal measurement, at 8.8mm (Wide), EV7.0, Program Auto, AF area: Wide, in NTSC mode.