Panasonic Lumix DMC-CM1 smartphone with 1-inch sensor US pricing and availability has been announced.

Panasonic CM1 is currently on sale in the US to the tune of $1000 unlocked for GSM networks. It will ship with Android 4.4 KitKat, though an update to 5.0 Lollipop will be available. 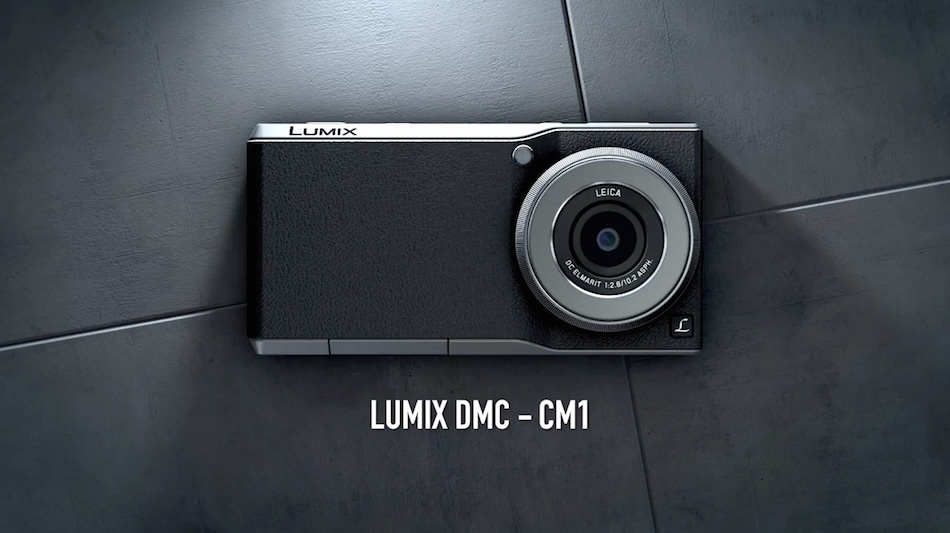 Newark, NJ (June 15, 2015) – Panasonic has announced that following a successful initial launch phase of the LUMIX DMC-CM1(CM1), the world’s only 1-inch sensor camera with an Android operating system and unlocked GSM smartphone functionality, it will now be available nationwide.  The CM1 will be available at shop.Panasonic.com and LUMIX authorized retailers.

The LUMIX DMC-CM1 is unique in that despite its stylish slim profile allowing it to fit neatly into a pocket; a 1-inch high sensitivity MOS sensor and LEICA DC lens are able to produce high quality images that even rival those of a bulky DSLR.

Creative freedom at the twist of a ring
The ring on the lens barrel allows control over aperture, shutter speed, ISO and the selection of a Creative Control filter lets users enjoy camera operation similar to that of an interchangeable lens camera. Precision focusing is available with MF assist or Focus Peaking function while viewing the live image and a 4.7-inch large 6220k-dot ultra-high resolution rear monitor offers stunning high visibility during both recording and playing back images. To further enhance creative freedom, the LUMIX DMC-CM1 features RAW image recording.

“4K Pre-Burst” lets users capture a fleeting photo opportunity such as fast-moving children or pets clearly by automatically recording approx. 45 frames right before/after the shutter release. Users can then choose the best picture to save.

The “4K PhotoCapture” allows cropping a still picture out of the recorded 4K video which has the same high resolution as an 8-megapixel still taken in the traditional way.

Instant sharing made quicker with LTE technology
Panasonic has pioneered integrating Wi-Fi into its cameras to meet the needs of users who are eager to share their photos and videos with friends and family, anytime, anywhere and the camera’s high speed LTE (Long Term Evolution) capability makes this faster than ever before.

* Can be upgraded to the latest Android 5.0 Lollipop operating system, giving users access to many new features including notification control, battery management and extra security.