A new Leica teaser has been leaked online which refers to a fixed-lens full frame shooter to arrive on June 11, 2015.

According to latest Leica rumors, the teaser showing the new Leica camera sketch and it will be similar to Leica monochrome but a smaller model. 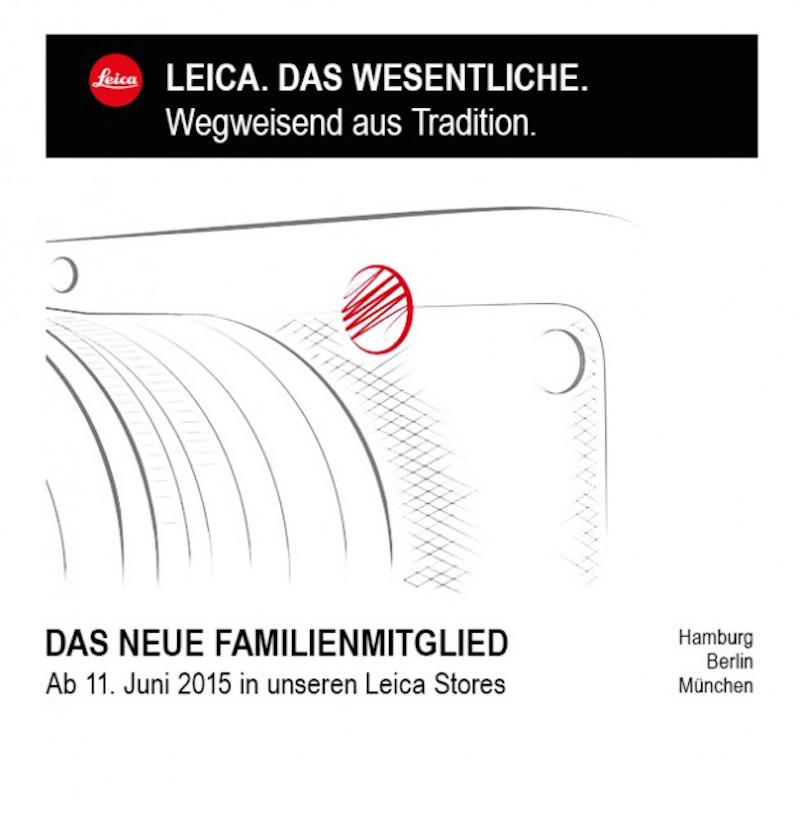