Here is a quick review and comparison for the Canon G3 X vs Sony RX10 II digital premium compact cameras. 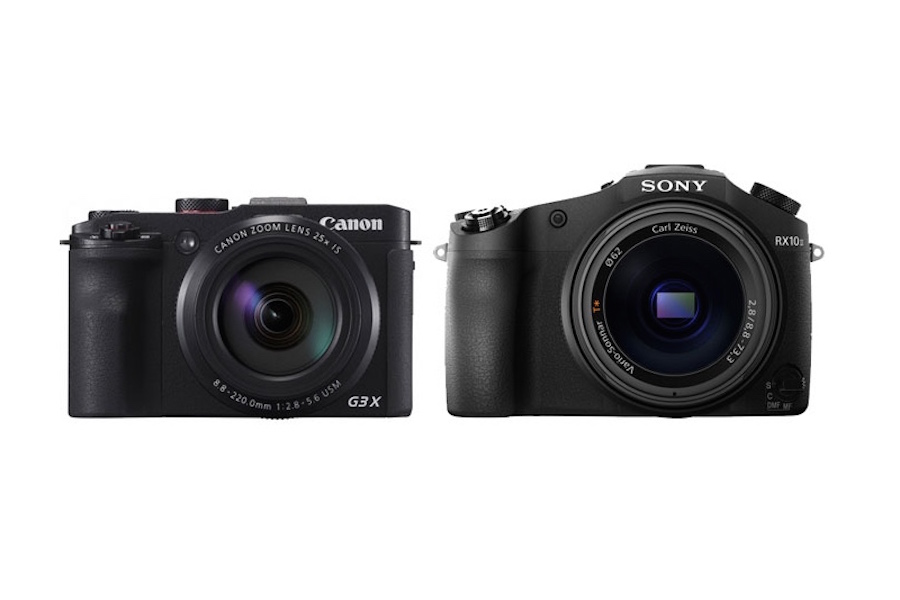 Below you can see the specs comparison table of Canon G3 X vs Sony RX10 II digital cameras. Some differences like sensor, image size, shooting speed, lcd size etc.. detailed as bold on the table.

As a verdict, we can say both cameras features the same type of sensor but we can say the technology inside the sensor is different. Sony RX10 uses Exmor RS BSI CMOS sensor while the Canon G3 X uses CMOS sensor which is the same as the current RX100 M3 camera.

Even both cameras look very identical and Canon G3 X provides more optical zoom lens, we recommend you to go with Sony RX10 II digital camera. This camera has better AF with 4K video recording capability which makes it an all-round shooter for both stills and video.

The Canon Powershot G3 X premium compact camera will be available in July for $999.

The new Sony RX10 II high-zoom camera will be available this July for about $1,300.