DJI has announced a lightweight handheld camera stabiliser with a maximum load capacity of 8lbs, the DJI Ronin-M.

Small enough to carry in a backpack, the DJI Ronin-M incorporates DJI’s signature SmoothTrack system, allowing operators to easily track action on a multiple or single axes. The quick-release system for the top handle allows users to mount the DJI Ronin-M easily to jibs, cranes and tripods. 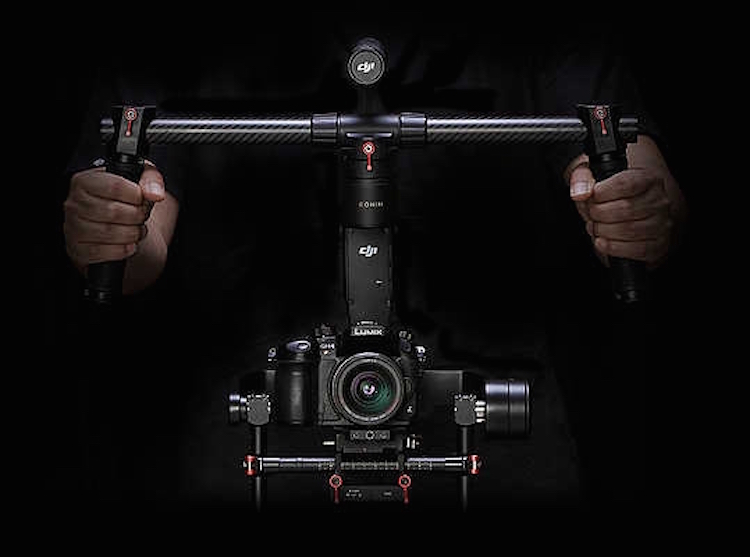 The DJI Ronin-M opens up possibilities for camera movements like never before with its unique, lightweight (5 lbs / 2.3 kgs), magnesium frame. Camera operators will be able to take the DJI Ronin-M wherever they go with its easy to twist-off top bars, which helps minimize travel size.

Based on one of the world’s most popular handheld camera stabilization platforms, the DJI Ronin, and DJI’s market-leading ZenMuse gimbal technology, the DJI Ronin-M carries on DJI’s focus on making camera platforms easy to setup and operate. Within 5 minutes, operators can easily balance cameras ranging from Micro Four Thirds cameras to RED Epics.

“The Ronin-M features many of the same key features that have made the DJI Ronin a favourite among filmmaking professionals,” said Paul Pan, Product Manager of the DJI Ronin. “At the same time, we have looked at many performance upgrades so that the Ronin-M can be as mobile as possible and used virtually anywhere.”

The DJI Ronin-M connects via BlueTooth to the latest upgrade of the DJI Assistant app. By using the upgraded Auto Tune Stability (ATS) feature in the app, operators can enable precise, automated motor tuning. The recently-introduced Silent Mode in the app reduces motor noises for operating in quiet environments.

DJI is exhibiting the Ronin-M as well as the recently announced DJI Phantom 3, the newest update in its iconic Phantom quadcopter line, at the National Association of Broadcasters (NAB) exhibition in Las Vegas this week at booth Central Hall C1707.

A teaser trailer for a new short film shot exclusively on the Ronin-M in 7 hours was also launched today. The short film, “Lifted”, will launch online on Friday 17 April and stars Joel Edgerton.

The Ronin-M will be available for pre-order by the end of the month, when the final pricing details will be released. For more details please visit DJI.com/Ronin-M.