Syngenta Photography Award 2015 winners were announced this evening at an awards ceremony at Somerset House, London.

Syngenta is one of the world’s leading companies with more than 28,000 employees in over 90 countries dedicated to our purpose: Bringing plant potential to life. See more details at the press text below. 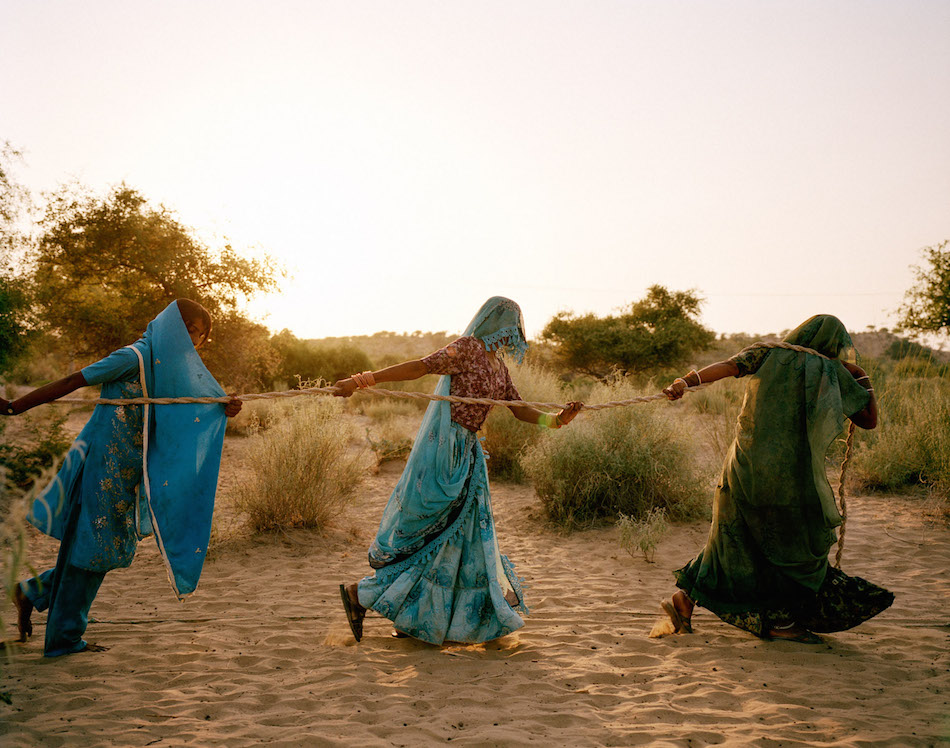 The winners of the Syngenta Photography Award 2015 were announced this evening at an awards ceremony at Somerset House, London.

In response to this year’s theme of ‘Scarcity-Waste’, Mustafah Abdulaziz was selected by an international jury chaired by photography writer and curator, William A. Ewing for his ongoing Water series – a photographic exploration of a natural resource in crisis. Shot in India, Pakistan, Ethiopia and Sierra Leone, the project has received support from United Nations, WaterAid, and VSCO, amongst others. In addition to the US$15,000 cash prize, Abdulaziz will receive a grant worth US$25,000 to complete a new commission in which he will extend his study on the depletion and misuse of water in his home state of California.

The second prize of US$10,000 in the Professional Commission has been awarded to Rasel Chowdhury (Bangladesh) for his project ‘Desperate Urbanization’, andthe third prize of US$5,000 went to Richard Allenby-Pratt (UK) for his series ‘Consumption.’

Benedikt Partenheimer received US$5,000 for his winning image in the Open Competition. Shijiazhuang, AQI 360 is a panoramic shot of the barely visible Shijiazhuang skyline disappearing in its own air pollution. Taken from the series ‘Particulate Matter’, the acronym AQI used in the title of the photographs stands for “Air Quality Index” and indicates the degree of air pollution – in this case 360, which is a ‘hazardous’ level.

The second and third prize in the Open Competition have been awarded to Camille Michel (France) and Stefano De Luigi (Italy), who received a cash prize of US$3,000 and US$2,000 respectively.

Karen Irvine, jury member and host of tonight’s award ceremony, said: “There were a great number of rigorously executed photographic projects submitted to the Syngenta Photography Award this year. Our first place winners, Mustafah Abdulaziz and Benedikt Partenheimer share not only a common occupation but also a deep engagement with humanity. Mustafah Abdulaziz’s photographs not only document the water deficit but also illustrate its human impact in very personal, intimate portraits. Benedikt Partenheimer’s image was chosen as the winner of the Open Competition for its remarkable ability to tell a full story in one photograph, that of the acute air pollution that is enveloping major cities after rapid development. I am delighted to have been part of the team that has honoured these talented photographers with the Syngenta Photography Award, a prize that is helping to raise awareness of pressing issues such as resource scarcity and global waste.”

The photographs by the six finalists will be included in The Syngenta Photography Award ‘Scarcity-Waste’ exhibition at Somerset House from 11 March – 10 April 2015. Presented alongside the six finalists’ photographs will be works by 40 additional international photographers that powerfully illustrate specific issues relating to this year’s theme.

Later this year, the ‘Scarcity-Waste’ exhibition will travel to São Paulo, Rio de Janeiro and Belo Horizonte in Brazil, as well as to Milan in Italy during EXPO MILANO 2015.

Now in its second edition, The Syngenta Photography Award is an international competition which aims to stimulate dialogue and raise awareness around significant global challenges through photography. Over 2,000 professional and amateur photographers from all over the world submitted applications in response to the subject of Scarcity-Waste – one of the greatest challenges we face today in a world of increasingly limited resources.

Mustafah Abdulaziz (b. 1986, New York City) is a documentary photographer based in Berlin, Germany. His on-going project, Water has received support from the United Nations, WaterAid and VSCO, has been reviewed by Phaidon, Monopol and published in Der Spiegel, The New Yorker, Telegraph Magazine and The Guardian. In 2010, he worked as the first contract photographer for The Wall Street Journal and in 2012 was named one of PDN’s 30 Emerging Photographers to Watch. His clients include TIME, Newsweek, Le Monde, The New York Times, Monocle, and NPR. His prints are represented by Milk Gallery in New York City. His archive is represented by Ostkreuz Agency in Germany. Abdulaziz is a member of the MJR photo collective.

Benedikt Partenheimer, (b. 1977, Munich, Germany), lives and works in Berlin. Since 2003, his work has been presented in numerous international solo and group exhibitions. In 2009 his work was recognized at the Hearst 8×10 Photography Biennial, New York and during the same year he was the recipient of the Art Award for Literature and Photography in Potsdam, Germany. In 2010 he was nominated for the Lead Awards and exhibited at the Haus der Photografie, Deichtorhallen, Hamburg, Germany. In 2012 he was chosen as an artist in residence for the Art Scope Program of the Daimler Foundation in Tokyo. Partenheimer’s works are part of many private and corporate collections including the Daimler Art Collection, Berlin and the collection of the Lepsien Art Foundation, Düsseldorf, Germany.

Syngenta is one of the world’s leading companies with more than 28,000 employees in over 90 countries dedicated to our purpose: Bringing plant potential to life. Through world-class science, global reach and commitment to our customers we help to increase crop productivity, protect the environment and improve health and quality of life. For more information about us please go to http://www.syngenta.com.