DxOMark published their sensor review and test results for the Nikon D5500 digital SLR camera which is currently body only priced for $899,95 at Amazon.

Nikon D5500 sensor review shows the camera scored a point of 84 and ranks high at 21st place in the DxOMark database overall and 11th place for all Nikon models.

The Nikon D5500 gained a score which is also better than D7100, D3300, Sony A6000, and Canon EOS 70D cameras and according to DxOMark, the DSLR has excellent color discrimination and class leading dynamic range. 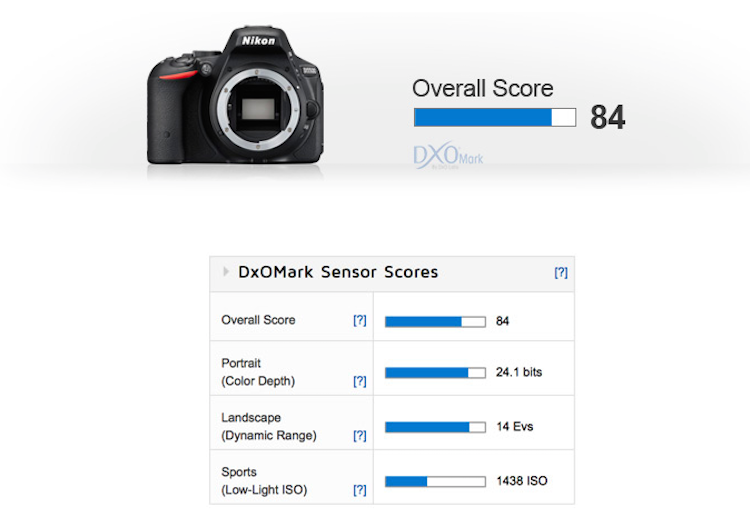 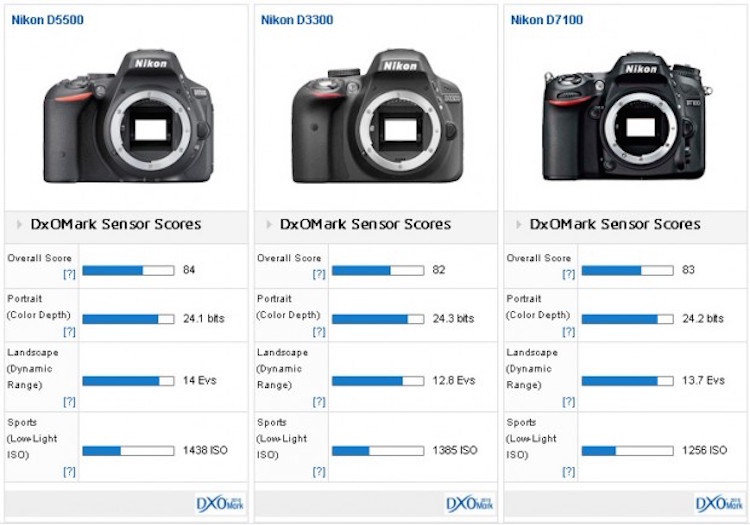 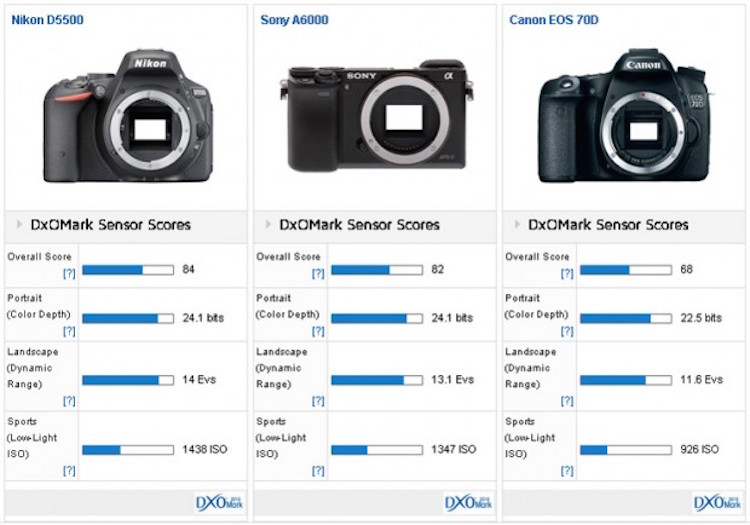 Hard-core Nikon fans aren’t likely to find too much here to get excited about, especially as the company has traded the touchscreen LCD for the built-in GPS of the D5300. Now D5500 users will have to budget $250 extra for the GP-1 and have it take up the accessory shoe, or spend another $15 for the GP1-CL1 strap clip. Of course, you could possibly sync location data using the Wireless Mobile Utility app, but that’s another story. In terms of sensor performance alone, the Nikon D5500 is class-leading, and based on that and the feature set, it is an intriguing choice overall.

The Nikon D5500 features a 24.2 megapixel DX-format CMOS sensor with no optical low-pass filter. The DSLR comes with a full articulated touch screen and powered by an EXPEED 4 image processor.

Previous post: Photographer’s Guide to the Leica D-Lux (Typ 109)
Next post: Fujifilm X30 Gets Score of 76% from Dpreview