DxOMark published their test results for the Canon EF-S 24mm f/2.8 STM Pancake lens which is currently priced for $149.95 at Amazon.

Canon EF-S 24mm f/2.8 STM lens test results shows the lens score of 19 points and performed well. The lens ranks in the lower half of the performance spectrum compared to all lenses in DxOmark database. 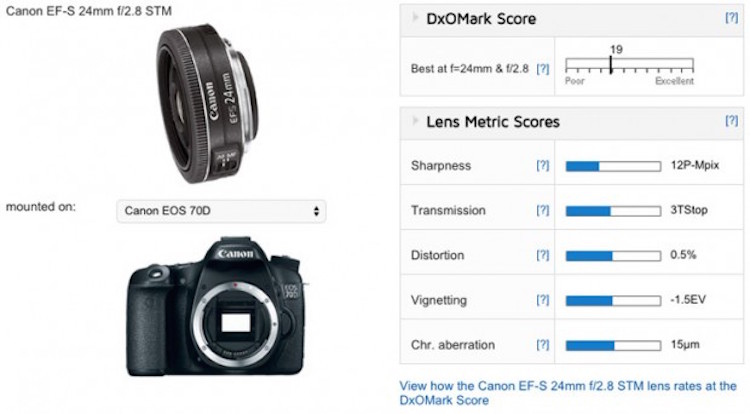 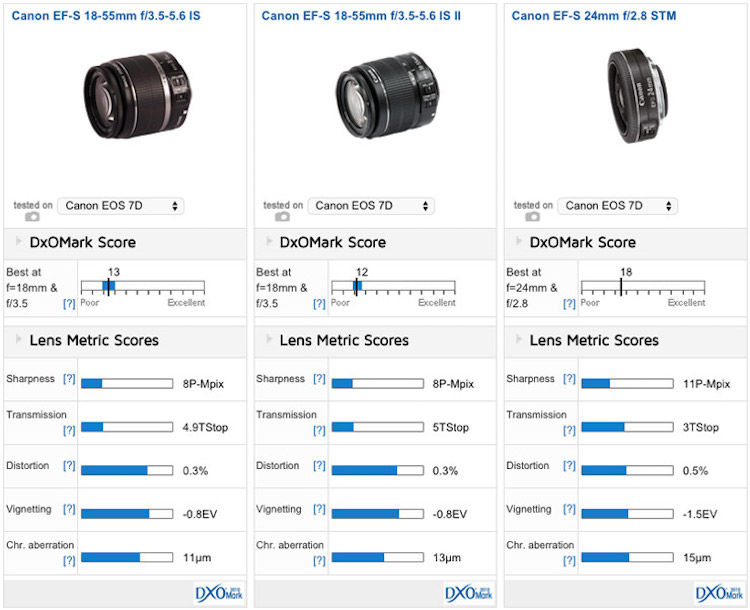 The EF-S 24mm prime also offers a notable step up in image quality compared to the standard 18-55mm Canon kit lenses, if you’re looking for a lightweight second lens option. Despite marginally worse overall results for Distortion, Vignetting, and Chromatic Aberration, the EF-S 24mm prime takes full honors for Sharpness with a Lens Metric Score of 11 P-Mpix compared to 8 P-Mpix for both versions of Canon’s 18-55mm standard zoom. Transmission is significantly improved, too, around 2 T-stops better than the kit lenses, making it a better option for low-light shooting. At 24mm, using the maximum apertures of f/2.8 on the EF-S 24mm or f/4 on the zooms, the EF-S 24mm prime is sharper at the center; stop down the EF-S 24mm to f/5.6, and resolution is homogenous across the frame, which is something the kit lenses can’t deliver.

The EF-S 24mm f/2.8 STM is a wide-angle lens for Canon APS-C cameras (equivalent to 38mm on a full-frame camera) offers an ultra-slim and lightweight design.

The EF-S 24mm f/2.8 STM Lens is available from the camera stores below.