Canon has announced the development of the Powershot G3 X premium compact with a 1-inch type sensor and a 24-600mm equivalent lens.

The Canon PowerShot G3 X will feature a large 1.0-type CMOS sensor and a 25x optical zoom with an effective focal length of 24-600mm. The compact camera specs list also include a flash hotshoe, pop-up flash, dual control dials, and a large handgrip.

Availability and price of the Canon PowerShot G3 X are still to be announced. The company will probably show the first prototype of the PowerShot G3 X on-display at the CP+ 2015 next week in Yokohama, Japan. 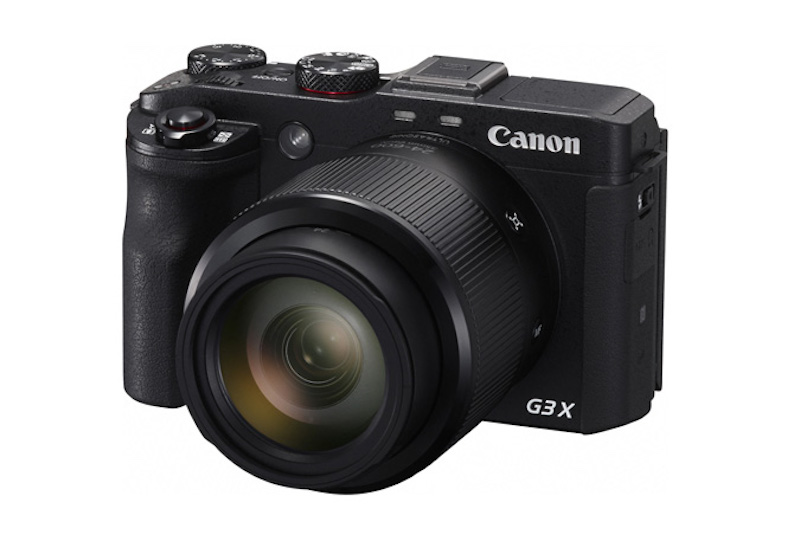 MELVILLE, N.Y., February 5, 2015 — Canon U.S.A., a leader in digital imaging solutions, today announced that its parent company, Canon Inc., is developing a new addition to the Company’s G-series lineup of premium compact cameras—the PowerShot G3 X—and will display a prototype of the camera at CP+ Camera & Photo Imaging Show 2015, to be held from February 12th-15th at the PACIFICO YOKOHAMA Exhibition Hall in Yokohama, Japan.

The new PowerShot G3 X, currently under development by Canon Inc., will incorporate a large 1.0-inch sensor and a 24–600mm (35mm film equivalent) 25x optical zoom lens while maintaining a compact size that makes it easy to carry around. The camera will produce images with beautifully blurred backgrounds, made possible by its large sensor, and provide users with a wide range of focal lengths, from wide-angle to telephoto. The addition of the new model will serve to further bolster Canon’s already impressive G-series PowerShot camera lineup.

Introduced in 2000 as a high-end-model lineup, Canon’s G series of PowerShot cameras has played a leading role in the compact camera market thanks to its high-image quality.

Calling upon the Company’s latest lens, sensor and image processing technology know-how, Canon launched the current flagship-model PowerShot G1 X Mark II camera in March 2014, followed in October of the same year with the launch of the high-image-quality compact-body PowerShot G7 X camera. Both models have proven popular among a wide range of high-end users, including users of EOS-series interchangeable-lens cameras.

By actively and flexibly responding to the market’s diverse needs, particularly through the bolstering of the Company’s high-end-model lineup, Canon will continue to contribute to the expansion of the photographic imaging culture.