The half cases are genuine leather and available black, brown, orange and camel colors for the Sony A7II mirrorless shooter.

Gariz is selling these genuine leather half cases on eBay. All colors including black and brown half case prices changing and around $109.90. 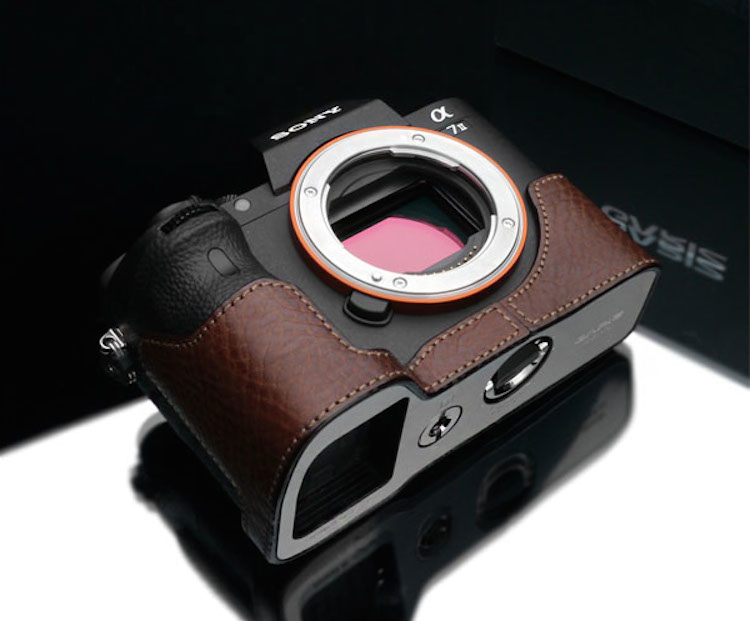 The Sony Alpha A7 II which is the world’s first full-frame camera with 5-axis image stabilization available at the camera stores below.