Panasonic officially registered the name of the upcoming GF7 mirrorless camera with Micro Four Thirds image sensor at at the Radio Research Agency in South Korea.

This registration also means that the Panasonic GF-series are back on track and still have a future ahead. On the other hand this also means the Micro Four Thirds camera will feature both WiFi and NFC.

The Panasonic GF7 is most likely to be announced at the CP+ Camera & Photo Imaging Show 2015, which takes place in mid-February in Japan. No specs revealed for the Micro Four Thirds camera yet. 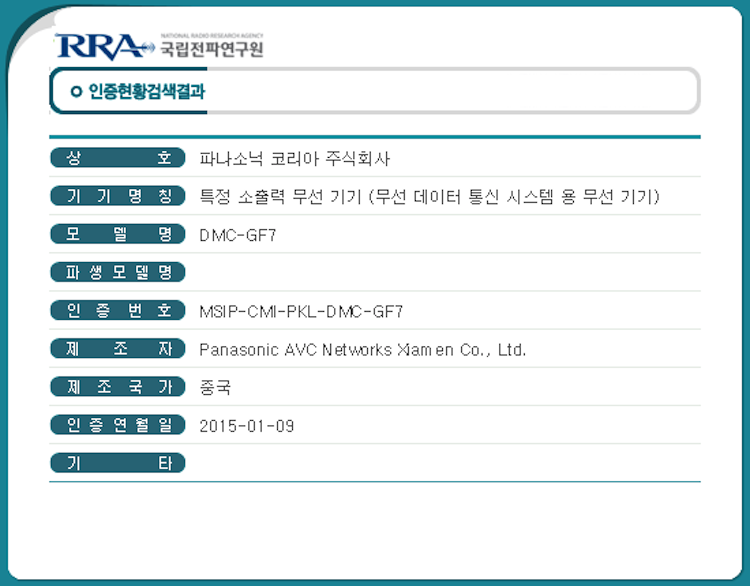 The Panasonic Lumix DMC-GF7 has been in the rumor mill previously but the mirrorless shooter has not showed up. Even the speculations about the GF-series that has been put on hold, now the camera name surfaced officially.

The Panasonic GF6 announced back in April 2013 as the world’s first interchangeable lens camera with built-in NFC technology. Panasonic’s 16-megapixel Lumix GF6 is currently selling for only $349 at Amazon.