The new Panasonic travelzoom cameras the DMC-ZS45 has a 16-megapixel sensor, a 24-480mm equivalent lens and a tilting 3″ rear display with a resolution of 1,040k dots. The camera is also capable of recording Full HD movies, and includes POWER O.I.S for shake-free shots. It’ll be priced at $299.

The flagship Panasonic Lumix DMC-ZS50 has a 12.1-megapixel sensor, a 24-720mm equivalent lens, raw image capture, geotagging, Wi-Fi and NFC, as well as a small eye-level EVF with an eye proximity sensor and a resolution of 1,166k dots.  It’ll be priced at $399.

The Panasonic LUMIX SZ10: Stunning design and all-round performance make this camera a must have for a night out with friends 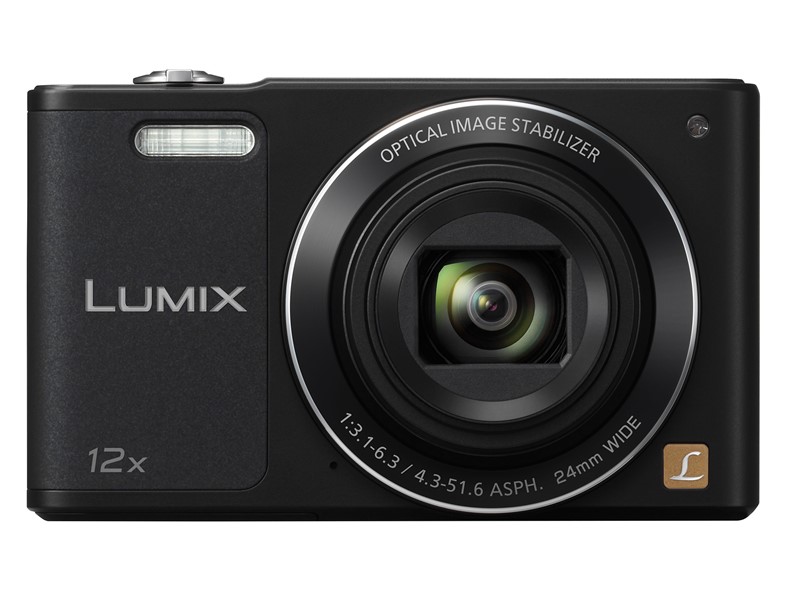 LAS VEGAS, NV (January 5, 2015) – Panasonic is proud to introduce the latest addition to its much-loved SZ range of compact cameras. The LUMIX SZ10 combines great picture and video quality and a host of fun features in a sleek design that easily fits into a handbag or suit pocket. The camera is designed with socializing in mind and includes various settings to help you take the most memorable pictures with friends and family. What’s more, with outstanding connectivity, even those who couldn’t attend can join in with all the fun.

The perfect camera for a night out with friends

Panasonic has used its years of experience developing the very best compact cameras to incorporate outstanding picture and video performance in a camera that’s thin enough to carry in the pocket of your jeans. And with a stylish brushed metal finish, the LUMIX SZ10 is the perfect accessory to any outfit.

The camera incorporates a large 2.7 inch 460K-dot LCD monitor that tilts up by 180-degrees, making it extremely easy to take self-portraits of you and your friends. The camera also offers a number of beauty effect functions, including ‘Soft Skin’, ‘Defocusing’ and ‘Slimming’ modes, taking your selfies to a whole new level. Soft Skin mode lets you adjust the skin tones; Defocusing mode applies a soft focus effect to the background to clearly emphasize the face in the image; and Slimming mode processes the portrait’s face to look slightly slimmer.

The LUMIX SZ10 also ensures you can take great shots with minimal effort and in a range of conditions. The iA (Intelligent Auto) mode lets users leave everything to the camera to take beautiful images with its Optical Image Stabilizer, Intelligent ISO Control, Intelligent Scene Selector, Intelligent Exposure and Face Detection. Once you enter the iA mode, these multi-capable functions happen automatically, so that you can shoot freely and without the hassle of adjusting settings when the lights go down.

Capture the fun in the very best quality

Panasonic’s latest compact camera is a great addition to capturing a fun night out with 24mm ultra wide angle lens and powerful 12x optical zoom for amazing versatility and performance typically found in bigger, bulkier cameras. The iA Zoom (Intelligent Zoom) function also provides zoom of up to x24, letting you get even closer to the fun.

You can also capture the very best quality video to share alongside images of friends and family. Dynamic HD video in 1280 x 720p can be started with a single press of a ‘motion picture’ button on the top of the camera, which is extremely convenient for switching from photo to video instantly.

As well as capturing great quality pictures and video, the LUMIX SZ10 also lets you show off your artistic side. The camera integrates Panasonic’s popular creative features and a total of 15 filter effects1. Creative Control lets users choose the filter effect before they press the shutter, so they can see exactly how it will impact the picture or video2. The Creative Retouch lets you apply a filter effect on the picture even after it’s taken.

With the LUMIX SZ10’s Wi-Fi connectivity, you can connect the camera directly to your smartphone with a simple scan of a QR code via Panasonic’s dedicated ‘Panasonic Image App’. Once inside the Image App, an intuitive guidance menu makes it easy to access a wide variety of fun, exciting features and functions.

Smartphones and tablets can also be used as a remote viewfinder, making those selfies on a big night out even easier – you can even control focus, zoom and activate the shutter without laying a finger on the camera itself. Also, with the Instant Transfer function, photos are automatically sent to the device controlling the shutter for easy upload to social media sites. 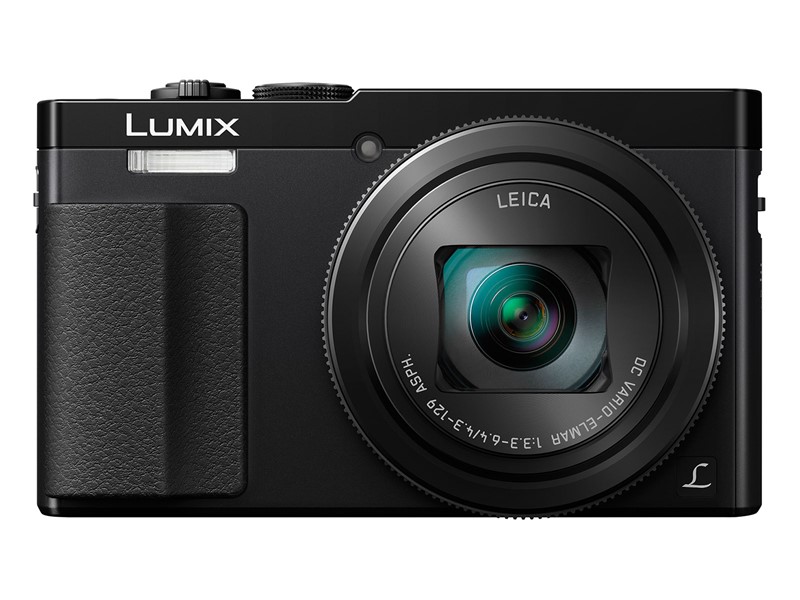 LAS VEGAS, NV (January 5, 2015) – Panasonic is proud to introduce the latest additions to its LUMIX ZS range of premium compact cameras, the LUMIX ZS50 and LUMIX ZS45. Combining powerful optical zoom, stunning Leica lenses and a host of creative features in a small and sleek design, both cameras allow you to take professional quality photos and videos while travelling light. The cameras’ extensive connectivity options also enable you to share your photos and videos more easily than ever, wherever in the world your adventures take you. The LUMIX ZS50 and LUMIX ZS45 will be available at panasonic.com and valued channel partners.

Versatility and performance, even at high-zoom

The LUMIX ZS50 features a 12.1-megapixel High Sensitivity MOS sensor, ultra-wide-angle 24mm LEICA DC VARIO-ELMAR lens and 30x optical zoom for amazing versatility and performance. With a larger viewing space than that of a 28mm camera, the LUMIX ZS50 enables you to frame and capture wide shots easily, so you can really do justice to expansive vacation landscapes.

With the LUMIX ZS50 you can also capture amazing quality video to accompany your gallery of travel images. The camera’s advanced Venus Engine enables the camera to record astonishingly smooth 1,920 x 1,080 60p Full HD video recording in AVCHD Progressive format, so even fine details on fast moving objects such as fleeting wildlife can be captured clearly.

In order to provide enhanced low light performance, the LUMIX ZS50 incorporates a 12.1-megapixel High Sensitivity MOS sensor. The pixel size is over 1.5 times larger than with the sensor found in the LUMIX ZS40, enabling you to take crisp and clear pictures and video, even in dark situations such as a moonlit stroll on the beach. The LUMIX ZS50 also offers image recording in RAW format, enabling dramatically higher quality image development from the data captured, so each photo can be reproduced sharply and with minimal noise.

The LUMIX ZS50’s control ring, located on the lens barrel, provides an intuitive way to capture your creative vision with ease and precision. Smoother control of exposure and zoom allows you to concentrate on framing the perfect picture and pressing the shutter at the perfect moment. It also provides easier access to frequently-used settings such as aperture, shutter speed, focus, filter effect, and scene mode.

The LUMIX ZS50 also sports a 0.2-inch Live View Finder (LVF) with an eye-sensor. Its crystal clear 1,166k-dot resolution is for stable, accurate framing when using zoom or manual focusing. It’s ideal for following the movement distant objects, or when the sunlight makes it difficult to see the camera’s 3-inch LCD screen.

Panasonic has also incorporated a 240fps Auto Focus (AF) sensor drive into the LUMIX ZS50, resulting in Light Speed AF that lets you catch even the most split-second opportunities. Whether it’s a dolphin breaching the waves or a perfect family photo, Panasonic’s latest compact lets you capture more of those once-in-a-lifetime moments with stunning clarity. For even more precise control over focusing, the LUMIX ZS50 also boasts a Focus Peaking function that shows the peak of focus in manual focus mode, so you can be sure that you get the results exactly as you want them.

You can express your creativity with ease thanks to a range of creative functions that help you to produce truly unique photos and videos. To add some stylistic touches to your images and videos during or afterwards, Creative Control and Creative Retouch offer 15 filter effects. These include Expressive, Retro, Sepia and Soft Focus. The newly added Time Lapse Shot feature also lets users shoot multiple images over a certain time and at given intervals, combining them into an MP4 movie file. Perfect if you want to track the movement of a star-lit sky.

A camera that’s always on hand

Panasonic has used its extensive experience of compact camera development to evolve the internal structure of the LUMIX ZS50. A series of sliding components and a retractable lens barrel result in a sleeker, compact design that fits into your pocket. And with a solid grip on the front of the camera, it can also be controlled with just one hand.

The camera also includes a host of intuitive features that make taking instinctive travel images easier than ever. The Level Shot Function detects the horizontal line of the recording image and keeps it level even if the camera is tilted, letting you take stable video even when travelling through a busy market or shooting with the camera above your head.

Shoot, view and share your travels with friends and family
Share your experiences wherever you are in the world thanks to integrated Wi-Fi connectivity and NFC. Friends and family can follow you on your  travels and see the world through your lens, via instant photo and video sharing and one-touch geo-tagging. By using NFC (Near Field Communication) technology or a QR code, you can connect the camera to your smartphone/tablet anywhere and in seconds. A simple menu will appear when activated, and will allow you to instantly access to the function you’re looking for.

By connecting to your smartphone or tablet, you can also remotely control your camera, making it easier to capture shy subjects up close or to make sure you’re included in that perfect group shot. And with the camera’s view displayed on the screen of your mobile device, you’re also able to change functions including zoom, focus and trigger the shutter, all without touching the camera itself!

The camera also features a newly added ‘Jump Shot’ function which uses a connected devices accelerometer to recognize when a user reaches the top of their jump and takes a picture at that point.

Panasonic is also introducing the new LUMIX ZS45, with a powerful 20x optical zoom lens and a 16-megapixel High Sensitivity MOS sensor. Like the flagship addition to the ZS series, the LUMIX ZS45 features a versatile lens that allows you to capture stunning shots from ultra-wide-angle through to telephoto. The camera also includes high quality image recording capable of 1920 x 1080 Full HD video, as well as POWER O.I.S for vibration-free shots.

The resolution of the LUMIX ZS45’s 3-inch monitor has been increased to 1,040k-dot from 460k-dot for even easier composition and navigation. The monitor also tilts up by 180-degrees, triggering the self-shooting mode and letting you take  selfies to a whole new level.