Rokinon (Samyang) has announced a new Cine version of their 12mm Fish-eye lens.

Rokinon 12mm T3.1 ED AS IF NCS UMC Cine DS Fish-eye lens will be available for Canon EF, Nikon F, Pentax K, Sony A and Sony E mounts. The lens is now available to pre-order with a price tag for $549. 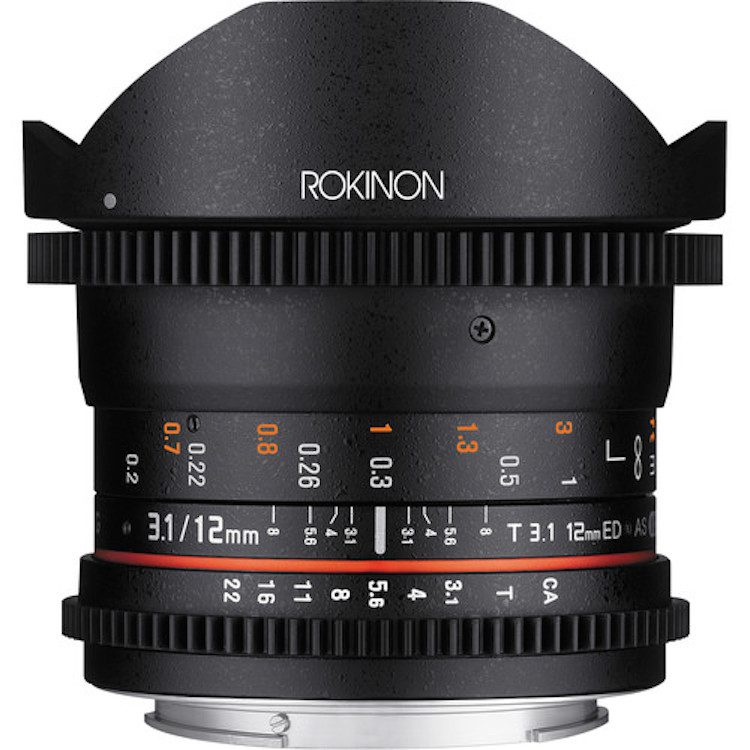 The 12mm T3.1 ED AS IF NCS UMC Cine DS Fisheye Lens for Canon EF Mount from Rokinon is a lens optimized for digital cinematography and as such provides a de-clicked manual aperture for smooth and silent adjustment and unified focus and aperture gears for use with follow focus accessories. Also, focus, aperture, and depth of field markings are on the side of the lens to aid focus pullers who typically operate on the side of the camera. Aperture is measured in absolute T-stops to provide accurate and consistent exposure across lenses and color rendition is matched with other Rokinon cine lenses for consistency.

This fisheye lens provides a 180º diagonal angle of view on full-frame cameras for an ultra-wide angle, distorted perspective that is useful for architectural interiors, landscapes and creative experimentation in any application. The T3.1 maximum aperture is effective in low light situations and enables some measure of shallow depth of field control.