The point and shoot compact camera also ranks in 118th place in the DxOMark database of all sensor formats, the score of 67 is also the same score when it is compared to the Sony RX100 M3. See the comparison chart below. 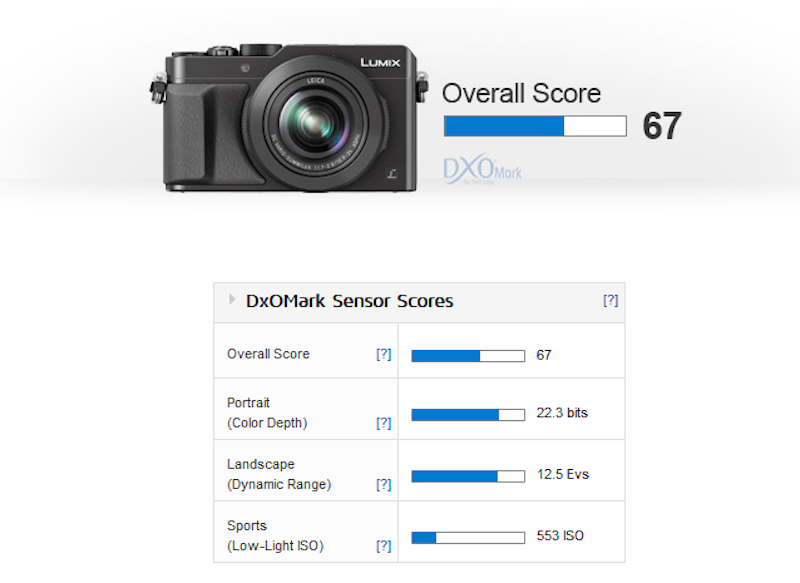 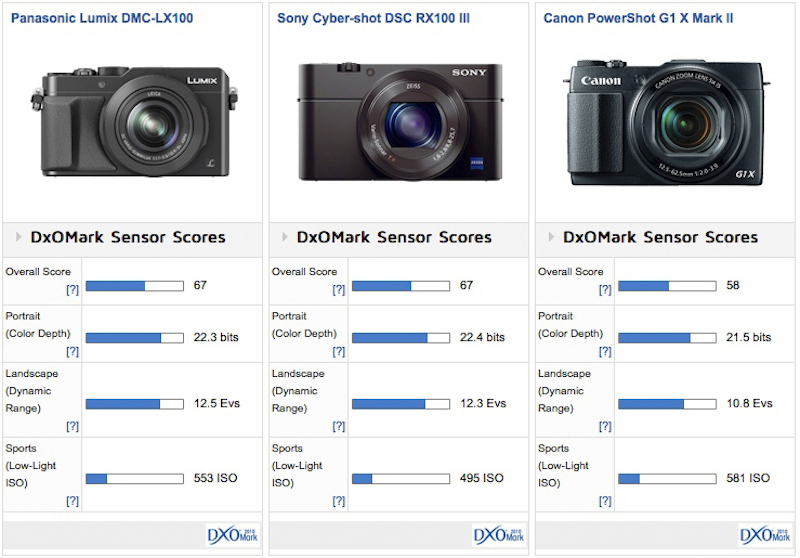 Adopting a larger sensor than the lens can cover offers advantages in lens size and speed, but the trade-off is somewhat reduced sensor performance, particularly in respect to low-light capabilities. For all that, it’s still no worse than rival offerings, given that neither the Sony Cyber-shot RX100 III nor the Canon Power-Shot G1 X Mark II fare any better in low light. If that’s a restriction for your type of photography, larger sensor compacts such as the APS-C Ricoh GR and particularly the full-frame Sony DSC-RX1/1Rhave better performance, but there are tradeoffs, not the least being the daunting premium price for the Sony.

The Panasonic LX100 fixed-lens digital camera is available from the camera stores below and priced for $899.99. See the official announcement, first look videos and sample images.