The second-generation Theta camera can capture up to 3 minutes of spherical video footage with no stitch lines. Just like its predecessor, the new Ricoh Theta M15 can also record 360° stills, which can then be shared on the theta360.com website.

Like the original Theta, the M15 is capable of 360-degree spherical images, which can be viewed using Ricoh’s mobile app or theta360.com. Additionally, Ricoh will be releasing an API and beta SDK for independent app developers.

The Ricoh Theta M15 will be offered in several color options with mid-November UK availability and a £269.99 price tag. 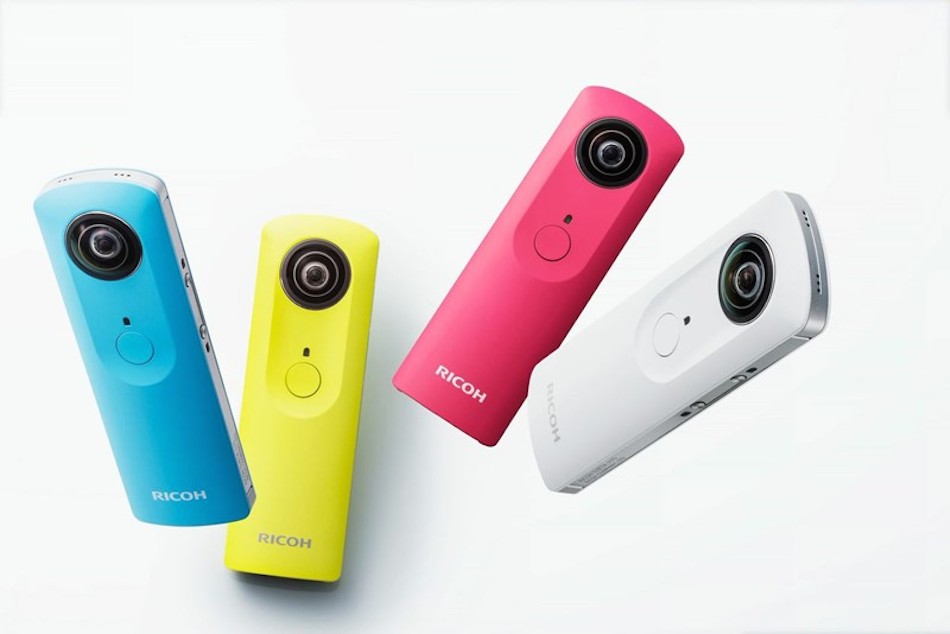 RICOH IMAGING UK has today announced a new model of the RICOH THETA – the RICOH THETA m15.  This incredible device allows users to capture the area all around them – not forgetting above and below – all in a single spherical image. But that’s not all; this new spherical camera can also capture spherical videos!

Since the launch of the original RICOH THETA launch last year, the world’s first image input device1 has opened a new world of imaging possibilities. Users can now shoot game changing spherical images and video at any time, capturing more than they ever imagined.

The RICOH THETA m15, can now capture spherical videos up to three minutes in length with no stitch lines so you can share footage with your contacts that will make them feel like they’re right there!

This new model also enables Wi-Fi transfer at a rate almost twice as fast as the previous model yet all in the same small, lightweight and easy-to-carry design as before.

This new model is available in blue, pink, white and yellow, making the RICOH THETA even more fun and attractive device to carry around every day.

From the 14th November 2014, an API and SDK (beta version) will be released on theta360.com site to allow users to develop their own apps and add new exciting capabilities to their RICOH THETA.