DxOMark published their sensor review and test results for the Nikon D750 digital SLR camera which is currently body only priced for $2299.95 at Amazon.

Nikon D750 sensor review shows the camera scored a point of 93 and placed inside the top ten in the overall rankings. On the Nikon side, the Df is still the low-light king and the D810 still has the best dynamic range in DxOMark database. 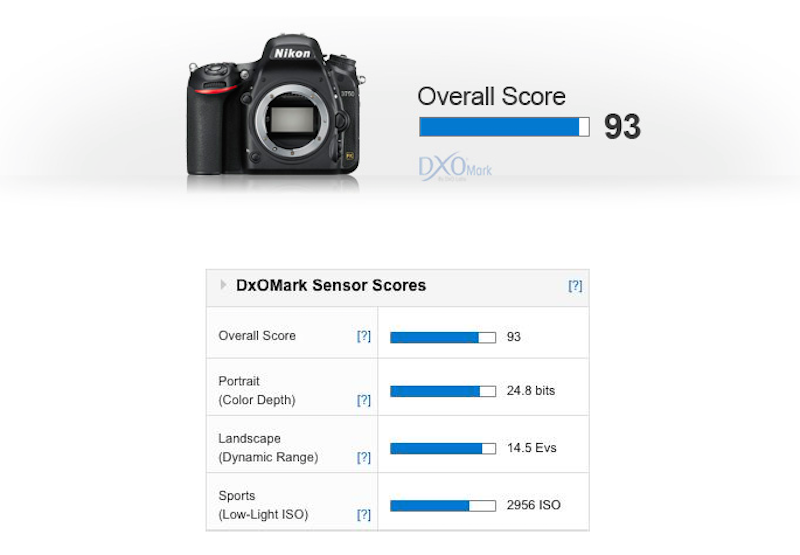 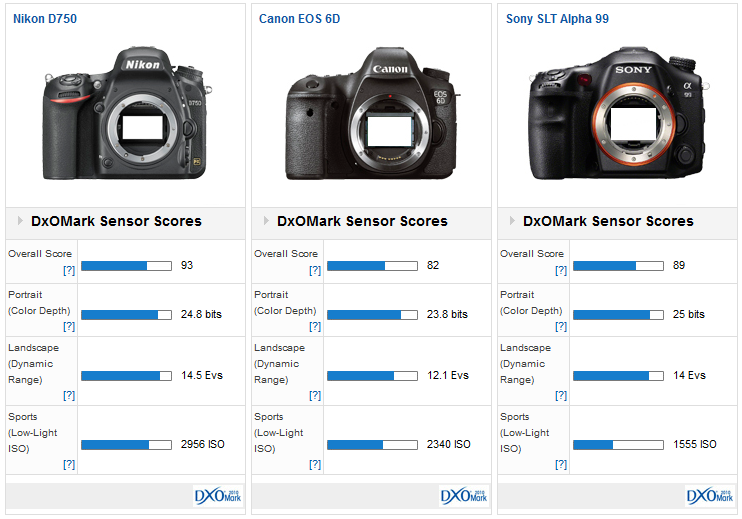 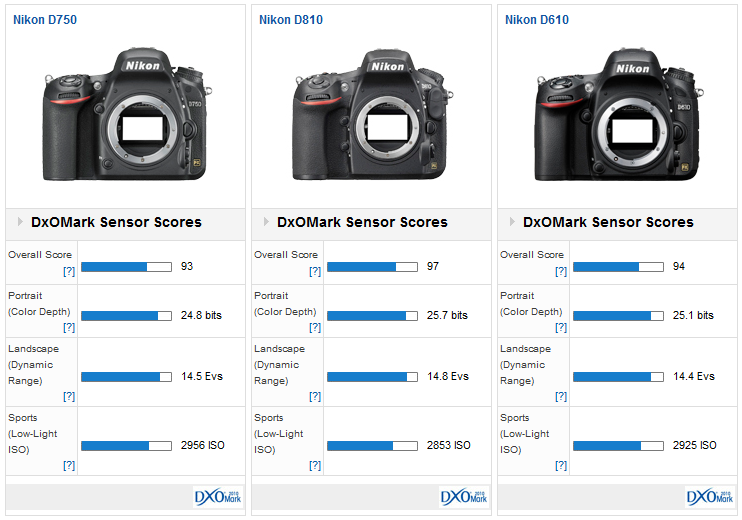 “For low-light ISO performance the D750 certainly holds its own too, with a score of ISO 2956 ranking it in 8th place overall. This is a very similar result to ISO on Nikon’s D600, D800E and D4 sensors and we can essentially say they offer the same quality in low light, despite the expanded sensitivity up to ISO 51,200. As you’d expect however lower resolution full frame sensors, such as those found in the Nikon Df and D3s, do offer a modest improvement over the D750 for ISO. The king for low light performance is still the Sony a7S, which with an ISO score of 3702 offers around 1/3rd stop better ISO than the D750.