Zeiss officially announced the high-quality Otus 85mm f/1.4 lens for full-frame DSLRs. The Otus 1.4/85 will be displayed at Photoina 2014, which begins on September 16. 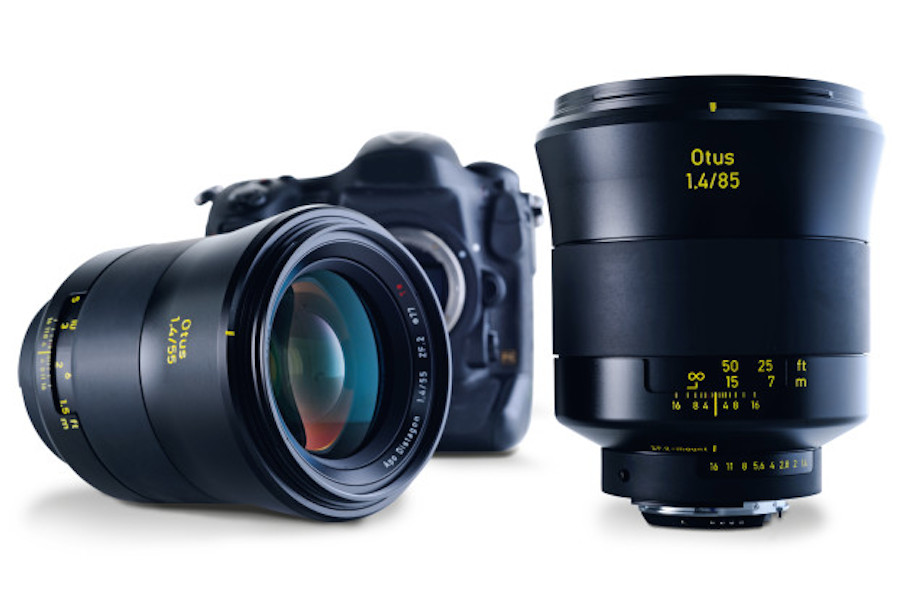 The new Zeiss Otus 85mm f/1.4 lens has been designed for Canon and Nikon full frame cameras. The Otus 1.4/85 will be available worldwide with the F-mount (ZF.2) or EF-mount (ZE) from mid-September. The expected recommended retail price is US$ 4,490. 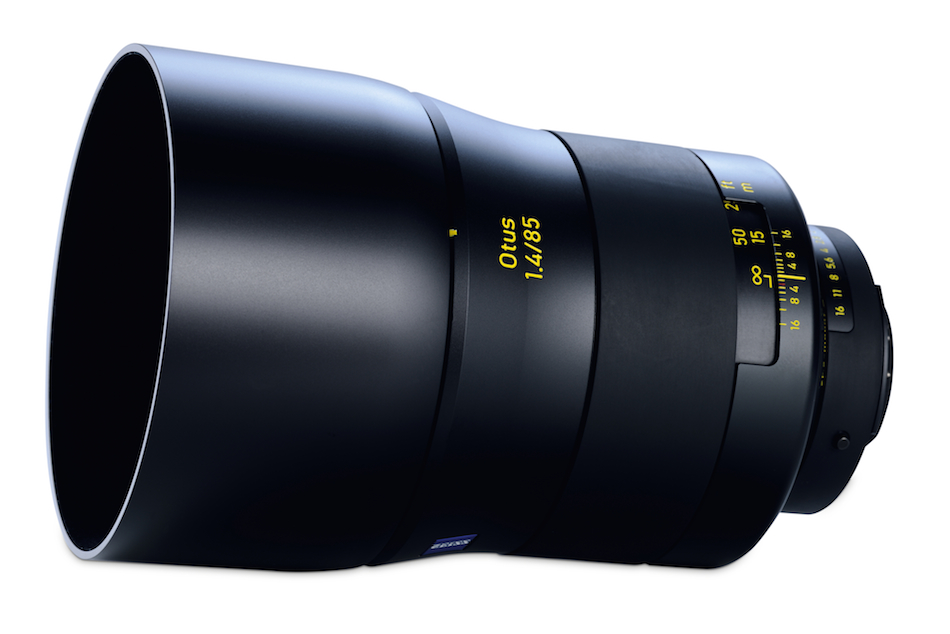 With the Otus 1.4/85mm, ZEISS is expanding its high-end lens family. The Otus 1.4/55mm, an SLR standard lens, already set new global standards in what is means to achieve perfection. The expectations for the 85-mm focal length are just as high. This new member of the Otus family is an outstanding and fast all-around lens that accepts no compromises. ZEISS will present this new world-class lens for the first time to the public at photokina in Cologne from September 16 to 21.

The Otus 1.4/85 offers peerless image quality, even with an open aperture. As a short telephoto lens with an 85-millimeter focal length, this new member of the Otus family shows its strengths especially when people are center stage. Thanks to the longer focal length of this lens, photographers can keep a decent distance from the subject. At the same time, the lens is highly versatile: it excels in general studio work, as well as for fashion, advertising, product and architectural photography. Even photographers who are looking for a powerful companion for nature photography will find it in the Otus 1.4/85 – the edges of the picture can be used for compositional purposes at all f-stops. Photographers who had a chance to test exclusively this new flagship from Germany’s leading optics specialist were enthusiastic. Using the Otus 1.4/85 in combination with a full-frame SLR lets a photographer master all shooting situations and achieve effects that until now have only been known from the medium-format range: unusually high contrast, unusually high depth of field, impressive three-dimensional effects and sensational quality.

Is there little ambient light? That is no problem for the Otus 1.4/85. When the light fades, ZEISS’s newest high-end lens ‘sees’ just as well as the owl species from which this lens family gets its name. There is no trace of correction deficits, which are typical in such situations.

Just like its older ‘brother’, the Otus 1.4/55, the new Otus has been designed to meet professional photographers’ most rigorous demands. Internal focusing, the dial window, and the dials‘ clearly recognizable yellow labeling, familiar from professional cine lenses like ARRI/ZEISS Master Prime, are just a few of the characteristics of the Otus 1.4/85. The smooth manual focus operation with the large angle of rotation of 261 degrees combined with the easy-to-grip focus ring enables the finest variations in focusing. The freedom to focus — one of the most important creative elements in photography — has literally been put into the hands of the photographer as an artistic tool. Both the extra-fine haptics and the precision of the focusing mechanism can only be achieved with the metal design of the Otus range. The robust all-metal barrel is also well equipped to deal with the rough daily work of a professional photographer, ensuring a long product life. And for all photographers who in addition to the actual optics also rely on screw-on filters in their work, matching T* UV and POL filters with a diameter of 86 millimeters will be available from ZEISS for the Otus 1.4/85.

Optically, the Otus 1.4/85 stands out for its high image quality, even with an open aperture — as is true for the entire Otus range. Specifically, that means a neutral bokeh in the background, highly detailed images without any bothersome optical artifacts, consistently high resolution power across the entire image field, no color fringing or distortion, and an extremely high image contrast all the way into the edges. The imaging performance remains entirely consistent for all shooting distances. High apertures can be used even for close-ups right down to a working distance of 0.65 meters. This freedom offers the photographer new opportunities to compose his or her subjects, without having to waste time thinking about a possible loss of quality This is one of the reasons why the photographers who tested the new Otus 1.4/85 lens exclusively beforehand returned it only reluctantly.

“After we launched the Otus 1.4/55, our customers immediately understood the enormous benefits they can get from such a lens. Photographers are in the position to take full advantage of their high-end full-frame cameras and shoot pictures with a quality and look that they were previously only used to getting from expensive medium-format systems. With the Otus 1.4/85 we are now bringing out the second lens with this promise,” explains Christophe Casenave, Product Manager with ZEISS Camera Lenses.

A view inside reveals how such optical quality was achieved. It is an optical-technical feat as you would expect only from ZEISS: The Otus 1.4/85 consists of eleven lens elements in nine groups. One of the lens elements has an aspheric optical surface and six are made of special glass. The optical design is based on the Planar. Because the Otus 1.4/85 is an apochromatic lens, chromatic diagonal aberrations (longitudinal chromatic aberrations) are corrected with the help of lens elements made of special glass with anomalous partial dispersion. As a result, there is practically no perceptible color fringing on contrast-rich edges both in front of and behind the focal plane. Bright-dark transitions in the image, and in particular highlights, are rendered free of color artifacts. Also, the variable air spaces between certain lens groups (“floating elements design”) create a consistently high imaging performance across the entire focusing range from 0.8 m to infinity.

“Otus lenses show a consistently high quality across the entire focusing range. That is something that scientific test institutes do not acknowledge because the test photos are made from just one distance. But professional photographers appreciate this feature in a lens, because it gives them more flexibility in their work,” continues Casenave. And it is precisely these photographers who can now use this outstanding lens as a tool to give full rein to their creativity and make excellent images.