The Zeiss Otus 85mm f/1.4 lens will feature a 86mm filter, a manual focus ring and a distance scale. The lens will weigh 1200 grams. 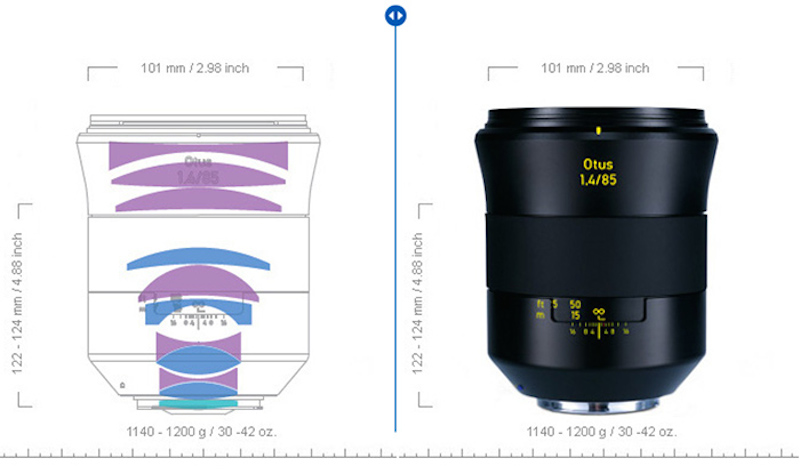