Sigma has announced the US Availability of dp1 Quattro digital camera.

Exclusively designed for the Quattro series of cameras. the new LCD View Finder LVF-01 attaches to the camera’s LCD screen to eliminate outside light and magnifies the display 2.5 times. This accessory will be sold separately beginning in December.

The camera will be available in the United States in mid-October. The pricing of both products has not yet been announced. 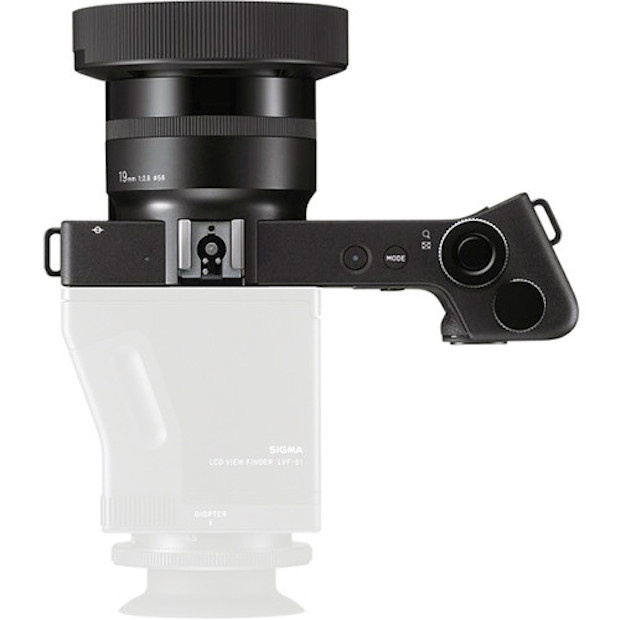 Widest of the high-powered, compact trio on shelves in mid-October, new accessory available in December

RONKONKOMA, N.Y. — (BUSINESS WIRE) — Sigma Corporation of America, a leading researcher, developer, manufacturer and service provider of some of the world’s most impressive lines of lenses, cameras and flashes, today announced the availability of the Sigma dp1 Quattro camera and a new view finder that will magnify Quattro cameras’ LCD screens. The second compact camera in the dp Quattro series will be available in the United States in mid-October and the accessory will be sold separately beginning in December. The pricing of both products has not yet been announced.

The dp1 Quattro utilizes a newly developed, fixed 19mm F2.8 wide-angle lens, equivalent to a 28mm on a 35mm camera, that is specifically designed and optimized to pair with Sigma’s new Quattro sensor, making it the widest of the dp Quattro trio of cameras. One FLD glass element paired with two glass mold aspherical lenses minimize aberration. An optimized telecentric design improves image quality throughout the frame to maximize the resolution power of the Foveon senor. The dp2 (30mm) is currently available and the dp3’s pricing and availability has yet to be announced.

In addition to the availability of the dp Quattro camera, Sigma has also announced a new LCD View Finder LVF-01, which is exclusively designed for the Quattro series of cameras. The LVF-01 attaches to the camera’s LCD display to eliminate outside light and features a diopter adjustment range from -2 to +1. Coupled with the camera’s high-performance lens and coating, it magnifies the LCD display 2.5 times, allowing photographers to check the focus more easily with enhanced clarity and visibility. The easy handling of the viewfinder also helps reduce camera shake.

As with all the cameras in the Quattro series, the dp1 Quattro boasts a redesigned camera body that enables optimal lens and sensor performance and it contains the newly developed Foveon “Quattro” Direct Image sensor, which is the only of its kind.

”We value image quality above all else and the engineering, craftsmanship and functional design of the Quattro cameras produce emotive imagery with the richest tones, gradations and textures,” said Mark Amir-Hamzeh, president of Sigma Corporation of America. “Our Sigma users are particularly enamored with the wide, 19mm lens in the dp1, which has been redesigned to maximize the capabilities of the Quattro sensor.”

The dp1 Quattro camera will differ from earlier generations of the DP cameras, as it will feature: