Lomography has announced the LC-A 120, which is “the most compact and automatic 120 film camera ever“.

The company has announced that the LC-A 120 is available for pre-order with a “limited edition” model for only 500 units. The Lomo LC-A 120 will be priced for $429. 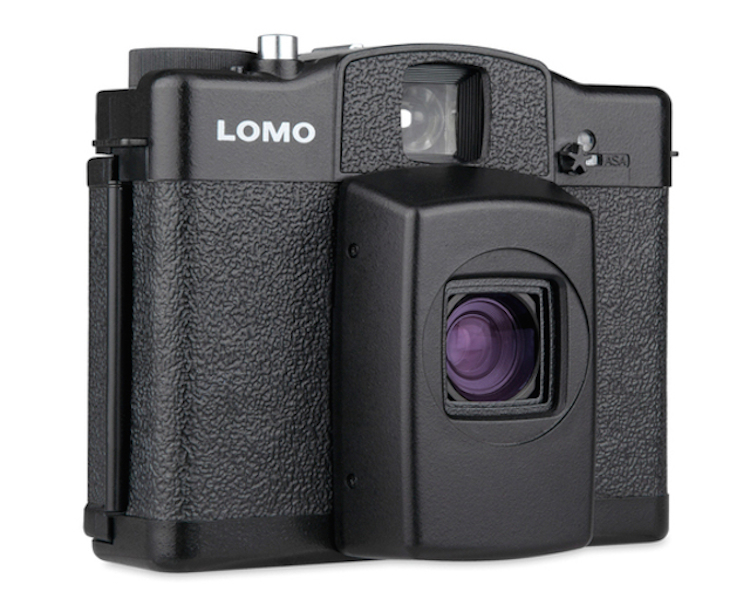 Wherever your adventures take you, never miss a shot with the brand new LC-A 120! We are very excited to acquaint the world with this new member of the iconic LOMO LC-A family and fulfil a project that epitomises our classic “Don’t think, just shoot” attitude. Inspired by the millions upon millions of photos taken with Lomography’s recently turned 30 year old and first ever camera LOMO LC-A, we dreamt up a wonderful medium format equivalent: The most compact, magical & fully automatic 120 film camera ever. We have a limited stock of 500 cameras on pre-order for delivery before the holidays!

The features on the LC-A 120 are plentiful! Take amazing medium format square photos quicker than your mind can fathom thanks to programmatic automatic exposure and 4 step zone focusing (exactly like the classic LOMO LC-A+). Other features include a 0.6m closest focusing distance, multiple exposures, and long exposures with slow sync flash, cable release & tripod thread plus hot shoe for attaching a flash. The LC-A 120 is also packed with a fantastic 38mm f/4.5 glass wide-angle lens (equivalent to a 21mm lens on a 35mm film camera) so you can soak up all the action in every shot.

On top of these easy to use features, the LC-A 120 is small enough to stuff in your bag, fit in a kangaroo’s pouch or simply carry in your hand and take everywhere you go – this compact companion really is ready for shooting at all times! Experience the thrill of 120 film photography and pre-order your LC-A 120 today!