Canon India has posted a new teaser on its official Facebook page with the text “Get your camera ready, something BIG is coming”.

The teaser posted by Canon India shows a EOS-1 SLR. The 7D Mark II DSLR has been rumored to have a design like this camera. This could be a hint that the EOS 7D Mark II DSLR will be revealed soon.

When we look at previous speculations the successor to the EOS 7D will be announced and the EF 100-400 f/4.5-5.6L IS will be replaced by a new version.

As we posted earlier the upcoming  Canon EOS 7D Mark II and the new EF 100-400mm f/4.5-5.6L IS II telephoto zoom lens will be announced before Photokina 2014 in September. 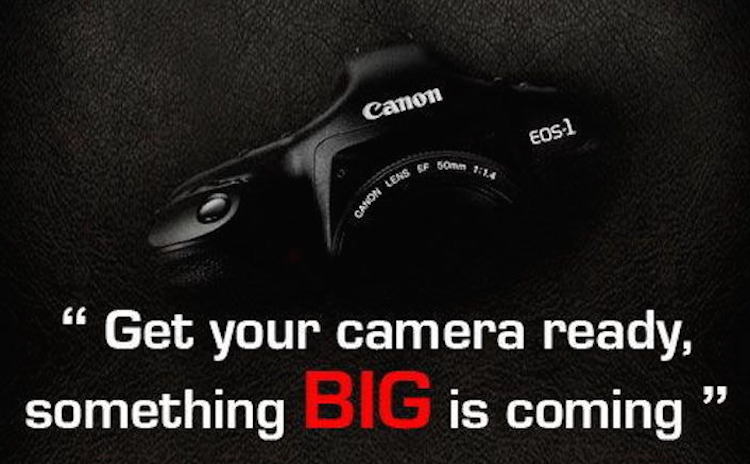 By the way new products are often released few months later in India and this ad could also be for something that is already officially announced in the rest of the world.