The lens doesn’t include image stabilisation. See the note from Tamron Japan below. Tamron 14-150mm F/3.5-5.8 Di III lens will be available from June 26th with a price tag for $589.

Tamron explained the reason why they changed the lens spec and removed the in-lens stabilization (google translated):

* This machine, which had been announced as (Vibration Compensation) equipped with VC in the development announcement of January 2013, but as a result of repeated various studies in the development process of subsequent, has decided not equipped. 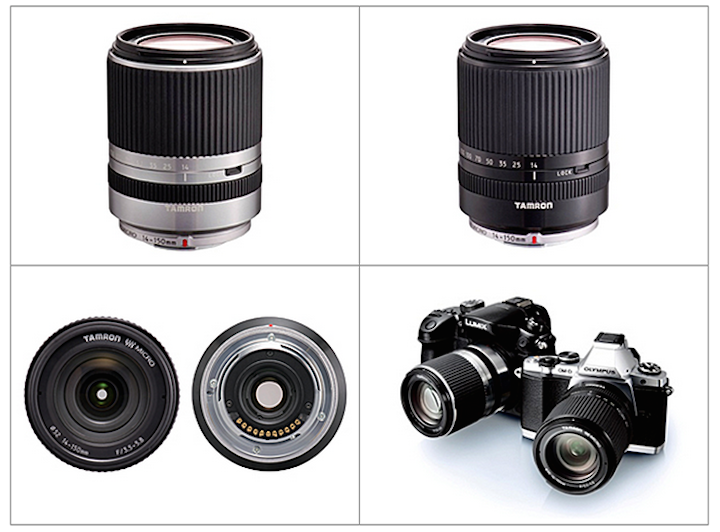 For the past 22 years since Tamron released to the market an extremely practical high-power zoom lens (28-200mm Model 71D) in 1992, the company has endeavored to continually develop high-power zoom lenses. By actively using its long-cultivated technology, Tamron has successfully developed an epoch-making compact and stylish, high-power all-in-one zoom lens that will further accelerate the attractiveness of the Micro Four Thirds cameras in the market.

When the development of this model was originally announced in January 2013, the lens was slated to feature built-in VC (Vibration Compensation). However, a series of deliberations and discussions over the course of the development process resulted in the removal of VC functionality.