After the official announcement of the high-end compact camera we have posted several comparison tables against its rivals.

Despite both cameras having the same sensor, the results in the ISO comparison are major and this is probably the new Bionz X processor on the RX100 M3. See IR conclusions below. 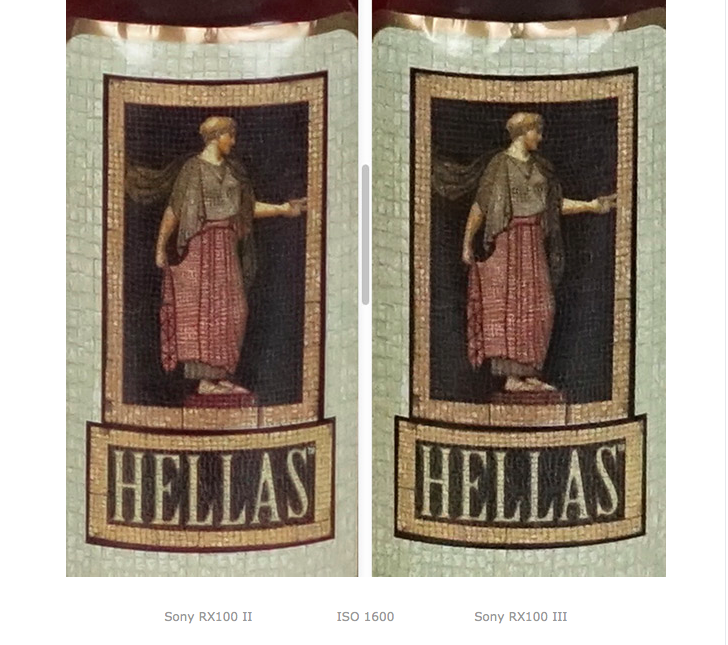 There is a bit more detail in the thread patterns captured by the RX100 III on the right. It also does a good job of rendering our tricky red swatch, which has proven notoriously difficult for most cameras with sensors this size and smaller, even at lower ISOs.

Even though the RX100 II holds a bit more detail in areas of subtle contrast, it also shows slightly less noise in areas of flat tint in the background. On the other hand, the RX100 III’s image has a lot more “pop,” so might look better in reasonable-sized prints, vs pixel-peeping at 1:1 as above.

The Sony Cyber-shot DSC-RX100 III digital camera price is 799.00. The RX100 III available from the camera stores below.