DxOMark published their test results for the Sony A7s mirrorless camera which is currently body only priced for $2,499 at Amazon.

Sony A7s sensor test results shows the camera scored a point of 87 and becomes the best low light sensor tested at DxOMark database.  The mirrorless camera easily beats the Nikon Df which is the second best camera with a $500 higher price.

Sony A7s had a good score overall, but according to DxO, the color depth and dynamic range are slightly lower than expected. However the low-light score of 3702 ISO is the best ever yet tested. 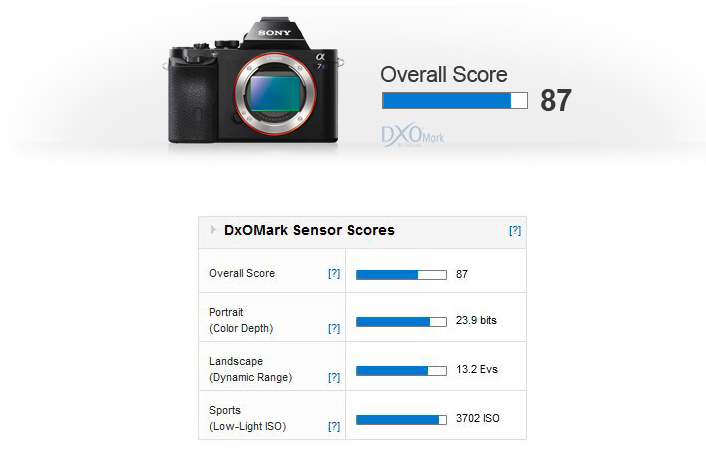 Comparison with Sony A7s vs Nikon Df vs Nikon D4s 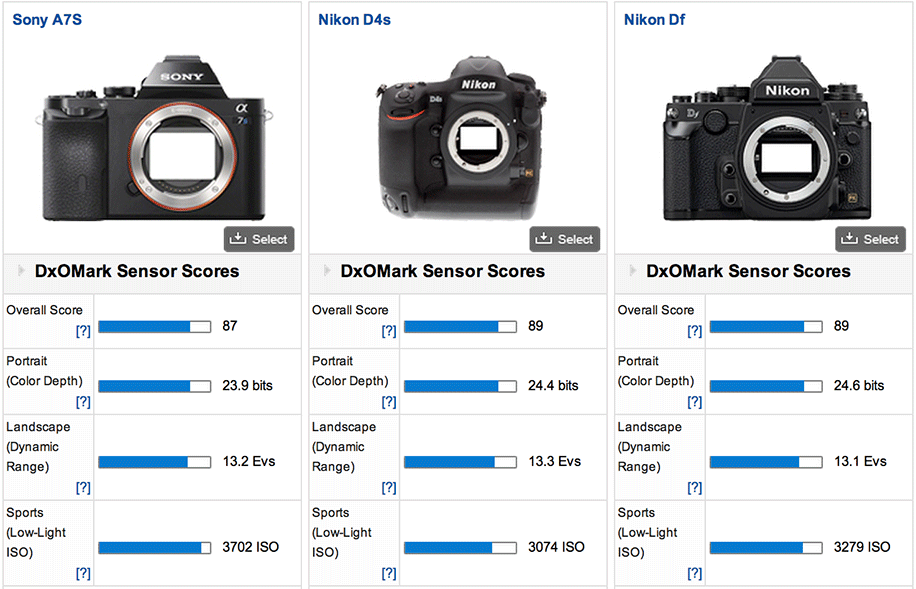 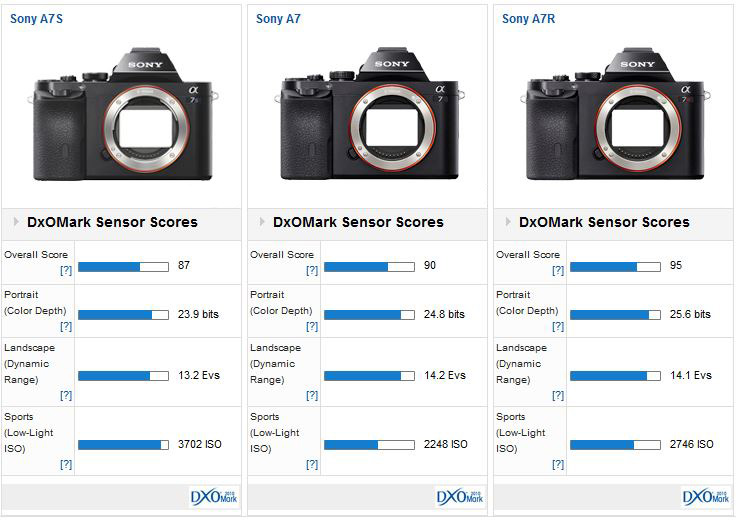 Sony’s A7 and A7R models have not unexpectedly generated a lot of interest with enthusiasts, and the new addition to the range looks equally intriguing, if perhaps for different reasons.

While it’s true the short register and low pixel density makes this model potentially more suitable with rangefinder type (non-retrofocus) wide-angle lenses, there’s little doubt it will appeal to those who value extreme low light performance over high pixel density. And then there’s the additional attraction of video, with 4K as an option (albeit with a third-party recorder). Even the price doesn’t look too bad against the Nikon Df, which is not only more expensive but can’t quite match the Sony’s low light capabilities and shuns video capture completely.

The Sony A7s camera price is $2,499.00. The mirrorless camera will be released earlier than expected as the shipping date for the mirrorless 4K video recording camera now set for July 1, 2014.