Sony has announced the new A77 II A-Mount camera which features a fast shooting speed up to 12 fps.

After the official announcement of the high-end APS-C sensor camera we have posted several comparison tables against its rivals.

Now Imaging Resource posted an their A77 II vs A77 comparison showing the differences at some ISO levels. The results in the ISO comparison are major and clearly shows the improvement over the previous A77 camera. Probably the new Bionz X processor on the A77 Mark II.

Sony A77 II vs A77 ISO Comparison Test 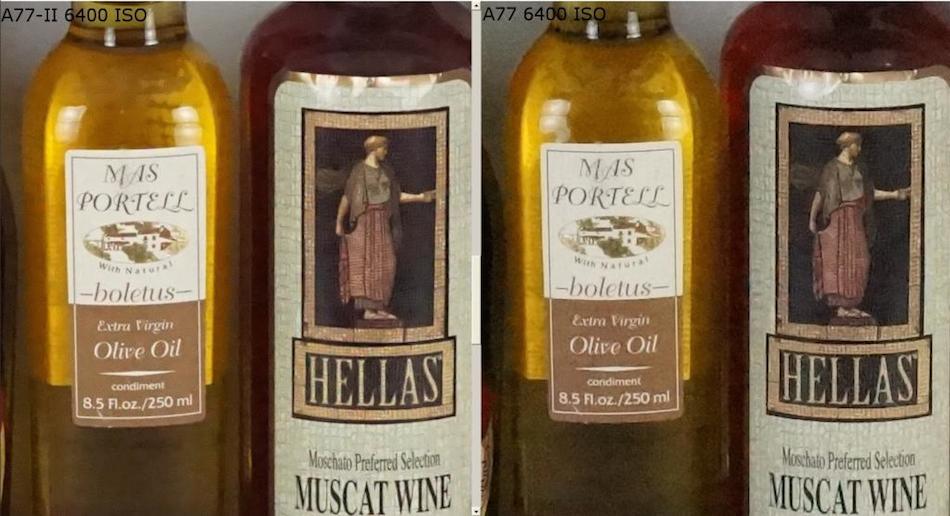 The Sony A77 Mark II features a 24.3 megapixel Exmor CMOS image sensor with an ISO range of 100-25600.  The A77 Mark II comes with a 79 point phase detection AF system with 15 cross points and delivers ultra-fast, intelligent AF tracking and up to 12 fps burst of up to 60 full-resolution frames.